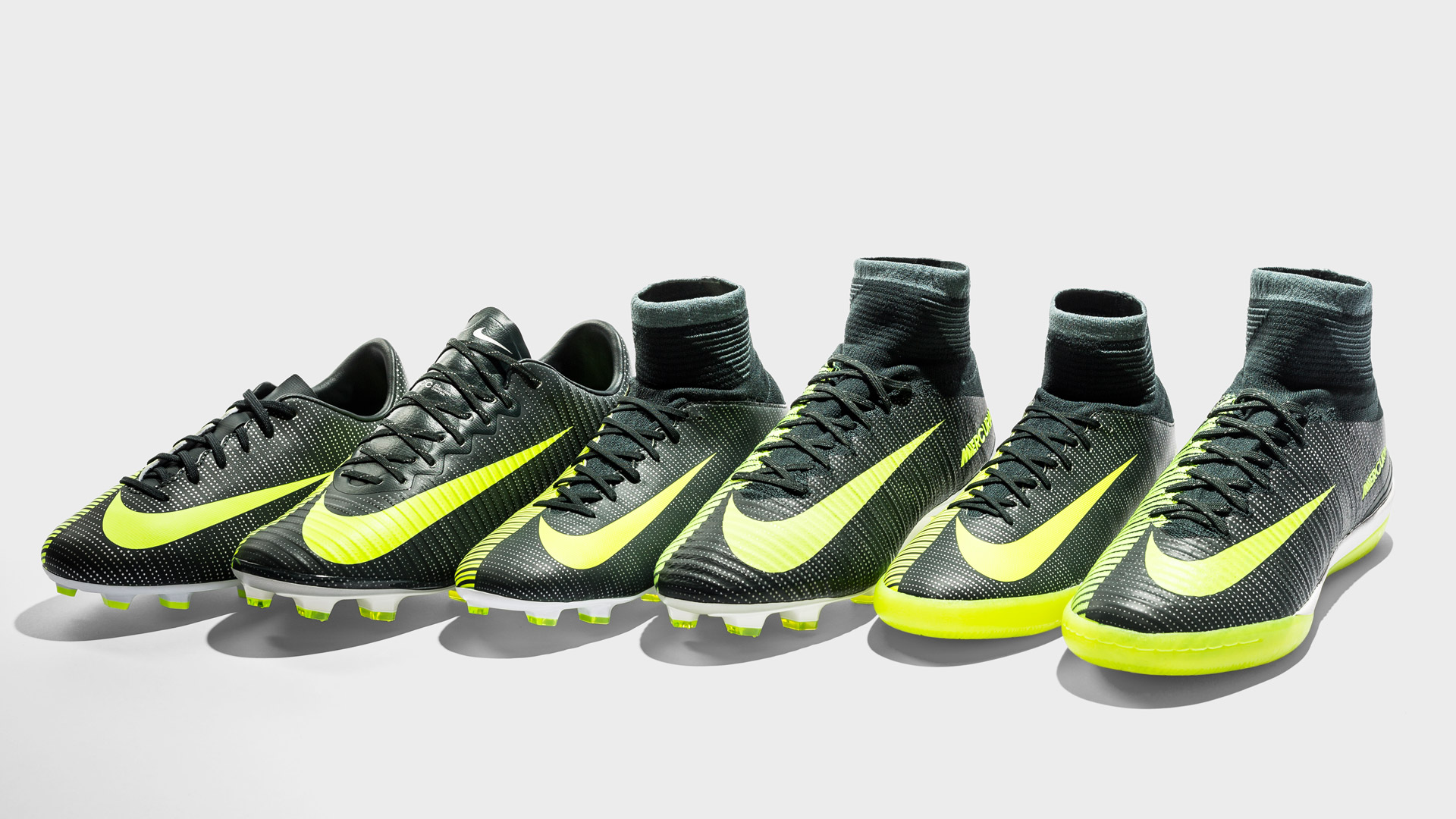 Nike and Cristiano Ronaldo had a pretty insane seven days last week and we are still playing catch-up trying to get a grasp of all the things that went down in Swoosh town.

On a personal note for Cristiano Ronaldo, it all started with him securing his new contract with Real Madrid, which will see him at the club until 2021. This was swiftly followed up by the news of his lifetime contract with Nike that includes a 1 billion dollar paycheck. Furthermore, and even more interestingly for us, Nike presented the third chapter of his career story told through boots. The latest Nike Mercurial Superfly V CR7 has already become the most popular chapter yet and that’s why we now zero in on all the different Nike CR7 football boots for kids.

You can order the Nike Mercurial Superfly V CR7 Discovery for kids here.

Nike are very strongly dedicated to making sure all their boots are available to anyone who wants them. That is why it for many years hurt them that they were not able to provide their Superfly boots in kids sizes, because the materials used meant the boots couldn’t provide younger players with the right amount of support and the best tech for explosive speed. With the Nike Mercurial Superfly V this all changed and Nike have been able to engineer almost exactly the same boots for kids, adults and professional players.

Very few things differentiate the Superfly V CR7 for kids from the one Cristiano Ronaldo uses. This means that younger players can now get the feeling of wearing exactly the same boots as CR7, so they know exactly how hard they need to train to become as good. The right boots do make a difference and knowing you’re on the same gear level as Ronaldo feels good. The same is the case when playing indoor football or if you prefer the Mercurial Vapor, because both version also come for all age groups in this new CR7 colourway. There is a reason why everyone loves Nike.