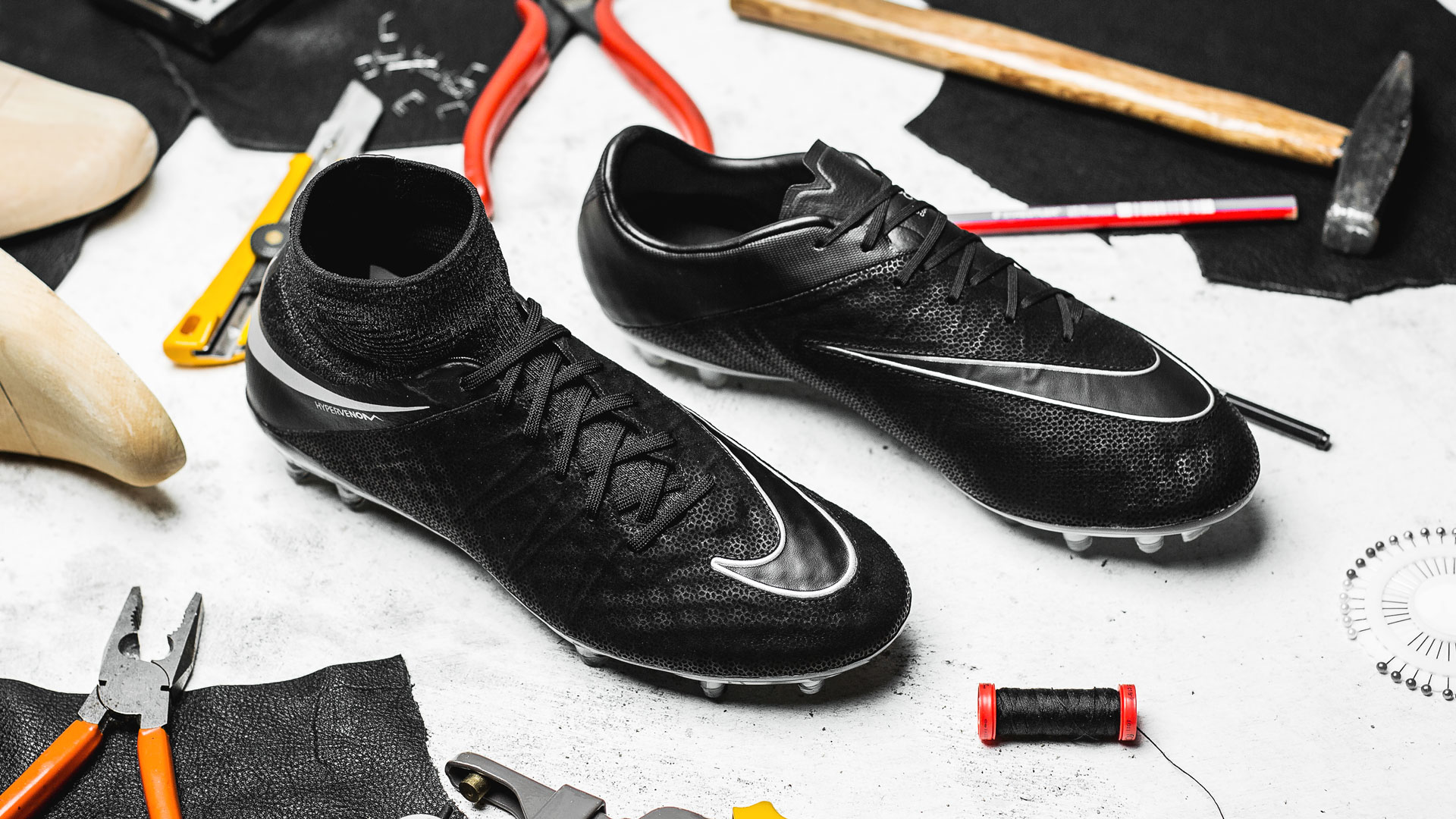 A lot has happened since the last Tech Craft Pack was launched in the December 2015. A whopping three generations have come and gone, even if the Hypervenom was only “half” updated. This is therefore the first Tech Craft with the newest Hypervenom Phantom design.

The Hypervenom Phantom has been through a turbulent journey, since it was first presented in 2013. The first generation was considered by many as the best football boot on the market, but experienced a fairly considerable drop in popularity with the second generation flip. In the summer of 2016 Nike did something drastic though and gave it back the original NikeSkin upper from the first version, which has won back many hearts.

That’s why this is the first time we see how the newest update works with a leather upper, as a part of the Nike Tech Craft Pack 2.0. Nike have removed the NikeSkin upper and replaced it with a lush piece of Alegria leather, but have still made sure the uppers recognisable pattern remains.

On top of the new Tech Craft 2.0 colourway being extremely, extremely good looking (!), the concept is also a very appealing to players who prefer a leather upper. And let me just repeat, this isn’t just any run of the mill leather being used here. This is Alegria leather, which is pretty much the best leather available in the world for football boots. If you haven’t felt the leather before, then I can only recommend you start now with a pair of the new Nike Hypervenom Phantom II Tech Craft Pack 2.0.