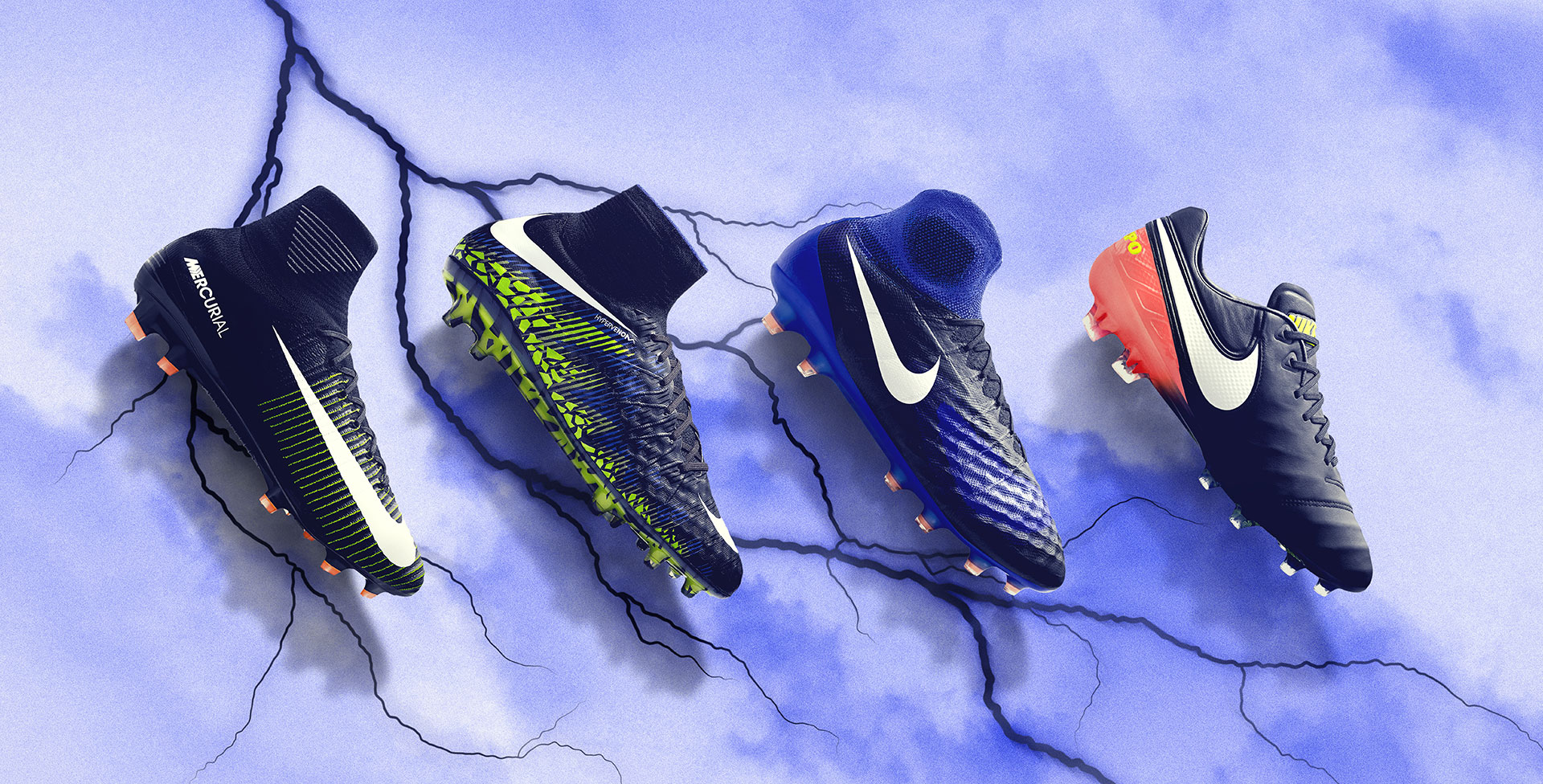 There has been a storm brewing and now Nike unleash the full might of their 4-silo powerhouses with a new Dark Lightning colourway overhaul. We have put them under the lens for your viewing pleasure here.

This week has already been hugely dominated by Tuesday’s launch of the newest adidas PureControl boot, but The Swoosh were never going to let Die Drei Streifen get away with stealing all of the shine and therefore introduce a complete range of boots that will certainly be giving people trouble choosing.

Drawing its inspiration from the most powerful natural phenomenon known to man, called Dark Lightning, Nike introduce four colourways that all feature black backdrops, a bold and contrasting white swoosh, and then an explosion of colours to compliment the stealth expression. This well thought-out combination ties so well to the natural dark lightning occurrence, because while the dark lightning is completely undetectable to the eye and conventional measuring devices, it still releases immense amounts of gamma radiation. Symbolised by the black upper and pops of bright accent colour.

The Nike Dark Lightning Pack will also see the introduction of FootballX versions of their boots, as we shift from autumn to winter and the indoor football and futsal season keeps rolling. If you’re interested in my opinion on the new pack, then my favourite is absolutely the Mercurial, but after having tried them on, it’s hard not to love the new Magista Obra, which is going to look stunning on-pitch.

We already have all the new Dark Lightning Nike football boots on stock, so you can find your pair here.