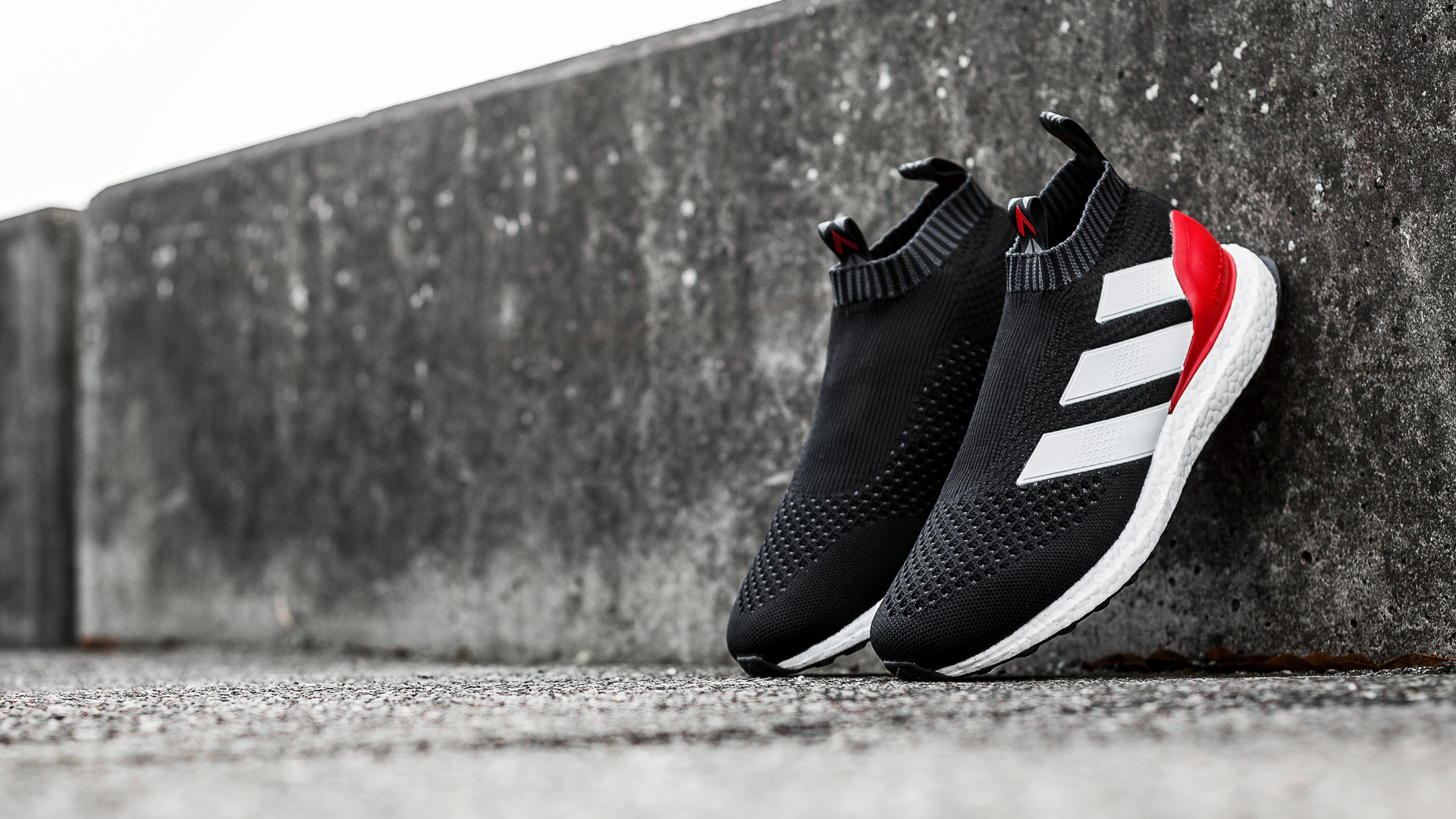 For the first time ever on a football boot, adidas introduced their famous BOOST technology on the ACE 17+ PureControl, which was presented last Tuesday. Boost technology and the PureControl have however gone hand in hand ever since summer now, where the first sneaker rendition of them saw the light of day. To celebrate the new generation of laceless innovation, they bring the same Primeknit upper to lifestyle with this adidas ACE 17+ PureControl Ultra Boost.

Although this new Ultra Boost sneaker has been kept under veil by adidas until today, some of you may have already seen it on David Beckham’s Instagram Story, where he gave an early sneak peak last week. It also feels only right that it be him that gets the first chance to present them, because without his influence, the legendary Red, Black and White adidas Predator colourway would definitely never have reached such a revered place in the heart of football fans around the world.

This Red Limit coloruway is going to be just as tough to get a hold of as the Limited Collection editions that came before it, if not harder. This colourway is pure hype and expect lots of competition in our raffle. Sign up below, because however hard it will be, it will still be easier than fighting the sneaker-securing robots on adidas' website, where it is practically impossible.

You can join our raffle for the adidas ACE 17+ PureControl Ultra Boost right here.