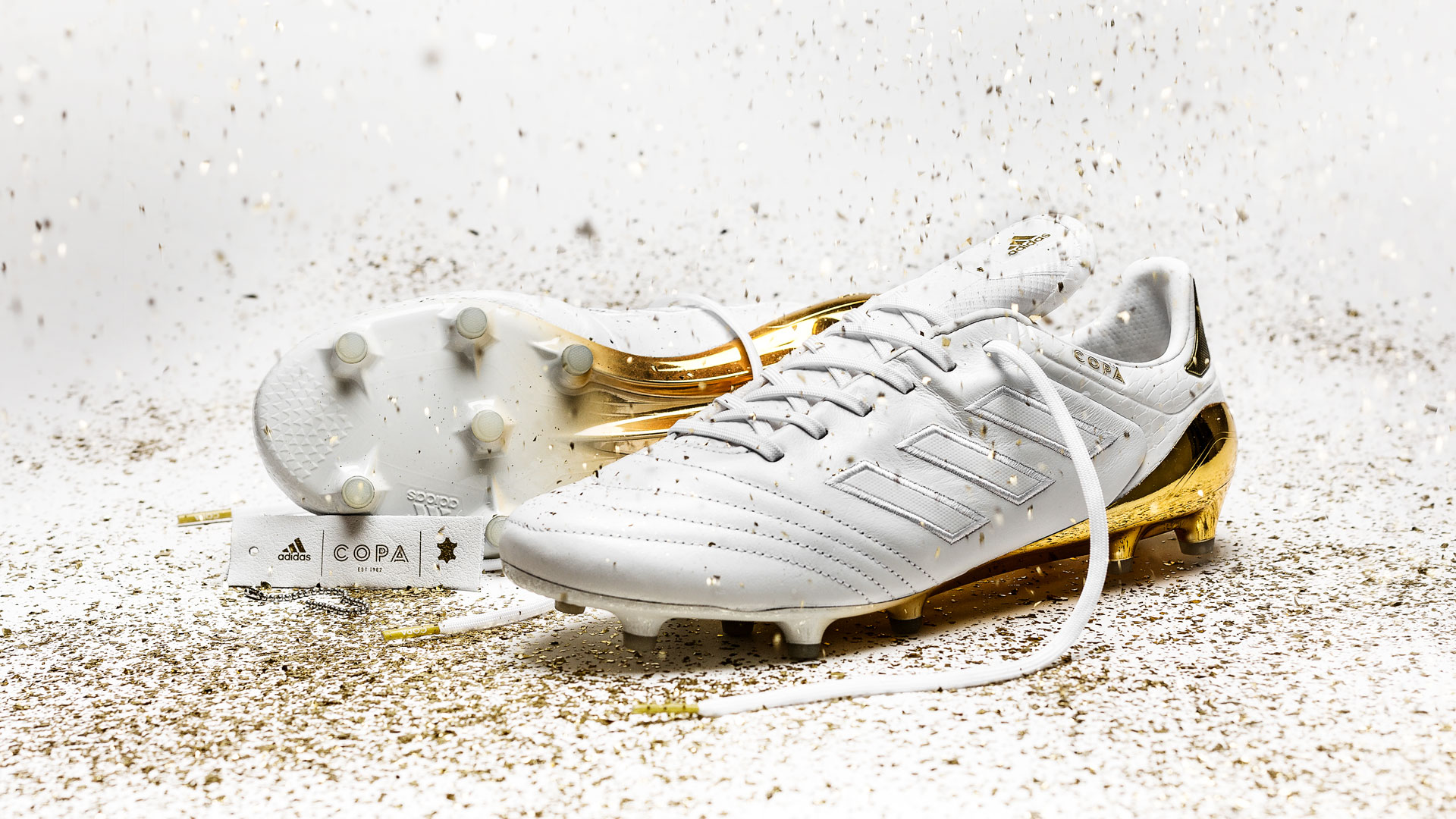 It may be the 19th of December, but it is still not too late to win boot of the year. adidas stake a late, but great claim for the honour with this Limited Collection Copa 17.

The adidas Copa 17 silo was introduced in November and the concept has been made clear right from the start. adidas will be combining exquisite craftsmanship (especially the leather) with a modern visual expressions. This is just the second colourway released, but so far they are pretty much nailing it.

This adidas Copa 17 Crowning Glory colourway takes its inspiration from the glorious history of the original Copa Mundial football boots, which has been on the feet of so many gold medal winners that it is a number completely beyond measure. It will simply have to suffice to say it is undoubtedly the most winningest boot ever. To honour of the medals picked up by Copa Mundial players like Kaka, Franco Baresi and Beckenbauer adidas have added spectacular gold detailing to this Limited Edition Copa.

The football boot version of the adidas Copa 17 Crowning Glory will most definitely be the one that steals all the headlines and Instagram shoutouts, but adidas have also made it available for both street and indoor courts. To up their hype factor even further, adidas have chosen to add their infamous BOOST technology to the Cage version.

Like I said, boot of the year is still up for grabs and this could well be it.

The adidas Copa 17 Crowning Glory is available for order right here. Don’t sleep on these.