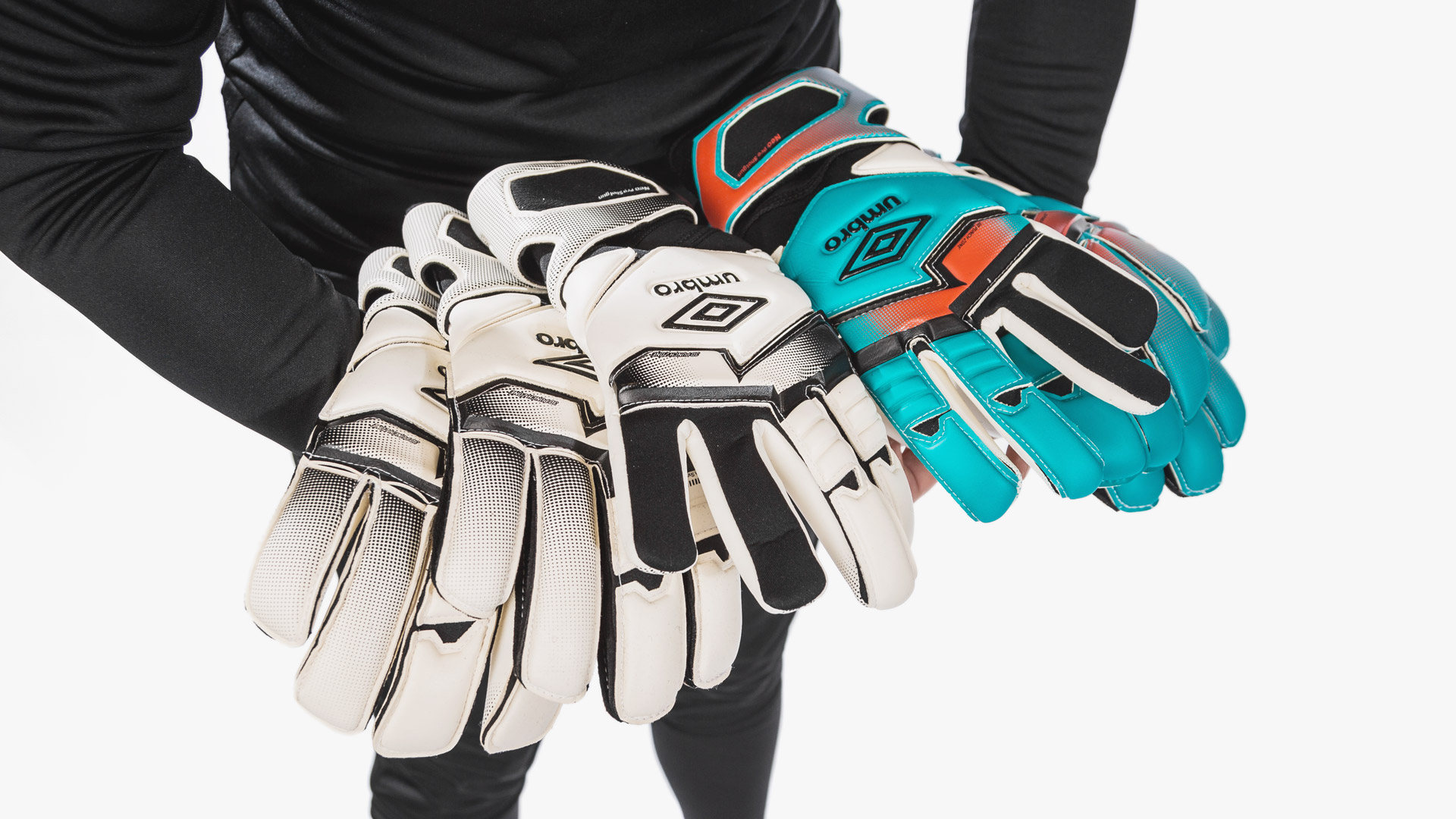 Can it really be true that Umbro again and again keep releasing excellent football boot offerings, while the goalkeepers get ignored? Luckily not, because Umbro have just spoiled us with no less than six new gloves in the Umbro Neo Pro series.

It doesn’t matter if you prefer colourful gloves or would rather have classic black/white nuances, then you’re going to love Umbro’s Neo Pro gloves. The gloves come in two different colourways, one crazy turquoise and red, and one black/white version. Both colours come in three unique gloves, so you can pick exactly the cut you prefer. This is the benchmark for how glove packs should be done!

For me the Neo Pro Shutgun glove is the way to go. The so-called Shotgun Cut is a hybrid cut and combines Negative and Rollfinger Cut. The thumb, little finger and ring-finger has the popular Negative Cut, which gives a close fit and lots of movability for the fingers. The index finger and middle finger are equipped with Rollfinger, so you get an increased catch surface and impeccable control on the ball. The close on the glove is the same on all Umbro Neo Pro gloves, and that’s simply because it is the best in the world. All in all the ultimate top glove, and I’m sold!

If you think the ShotGun cut is a little too odd, then don’t despair. You get all the same cool features from the Umbro Neo Pro-series, regardless of which cut you pick. If you choose the Umbro Neo Pro Flat Cut you even get the choice of whether or not you want finger protect. All gloves are made with a so-called 3D Punch Zone too, which like many other gloves on the market give you more power when you punch the ball. The advantage with the Umbro 3D Punch Zone is unlike other zones, it takes up minimal space on the backhand. The Umbro Neo Pro is undoubtedly an exceptional line of gloves, which lets keepers choose exactly the cut they want without compromising on technology.

Check out our selection of Umbro Goalkeeper gloves right here.