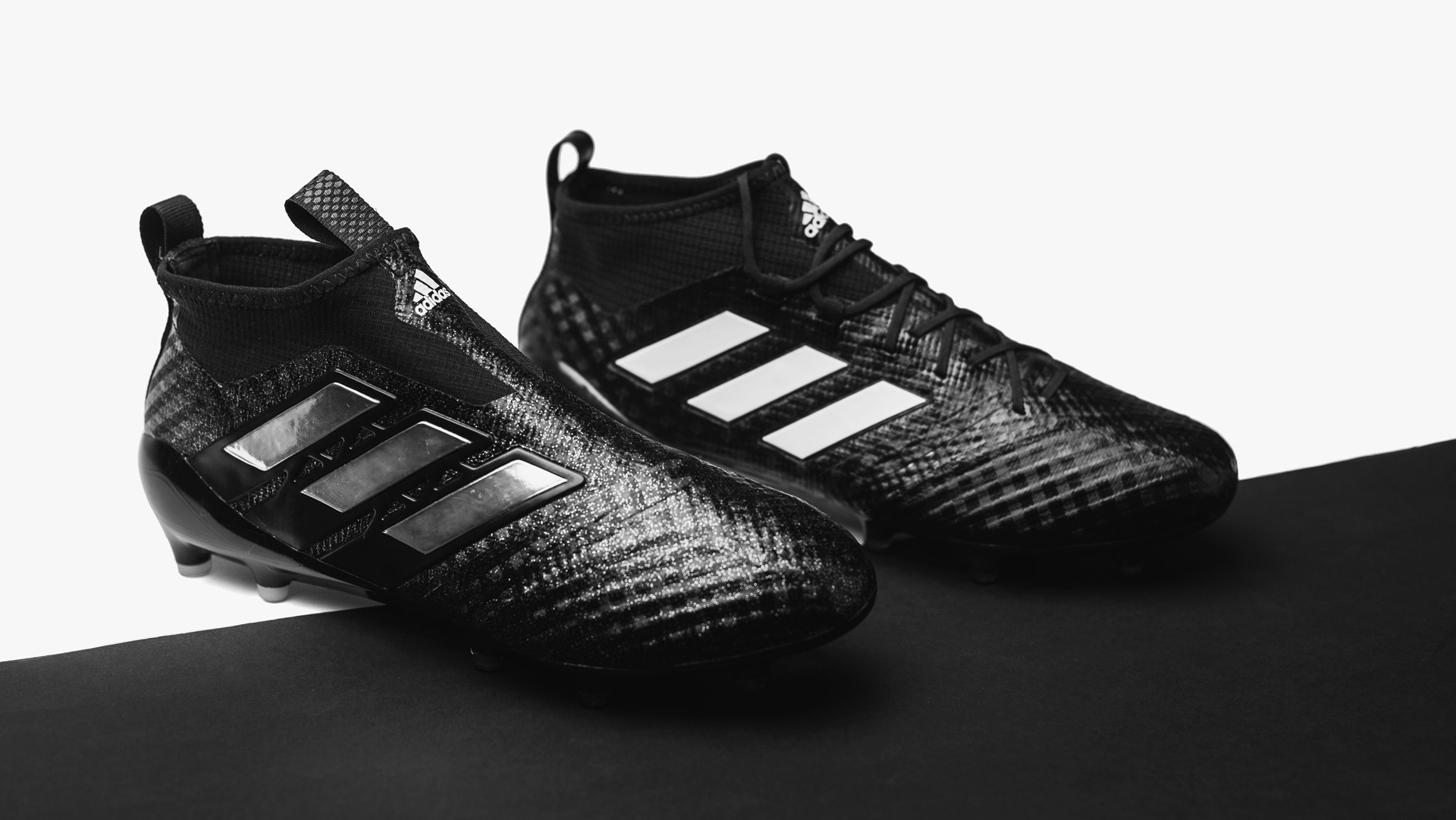 Following up on their almost internet-breaking Red Limit Pack, adidas crack out another instant classic with the Chequered Black collection. Sleek as hell…

Apart from the white adidas logo, which embosses the new adidas ACE 17+ PureControl Chequered Black, the new collection of football boots is completely black from toe to heel. However, as a tone-in-tone design the boots feature a chequered design, which adds an element of dynamism, as well as birthing the name; Chequered Black.

The inspiration for the understated explosiveness (adidas just made that an actual thing) comes from the chequered flag you see at the end of a formula one race, when the winner is found. It’s as if adidas themselves know how dominant a win 2016 was for the them and now kick off 2017 with the ambition of repeating that feat of strength.

We will be zeroing in on the two other boots in the pack individually throughout the week, but before then something has to be said about the new adidas ACE 17+ PureControl, which now features the same sock-construction as the professional players wore on-pitch with the Red Limit Pack. This was not made available for sale for us, the common rabble, but we now too will get to try what Paul Pogba, Mesut Özil and Dele Alli experienced last month.

The adidas Chequered Black adidas ACE 17+ PureControl is already available for pre-order on our site and you can secure your pair right here.