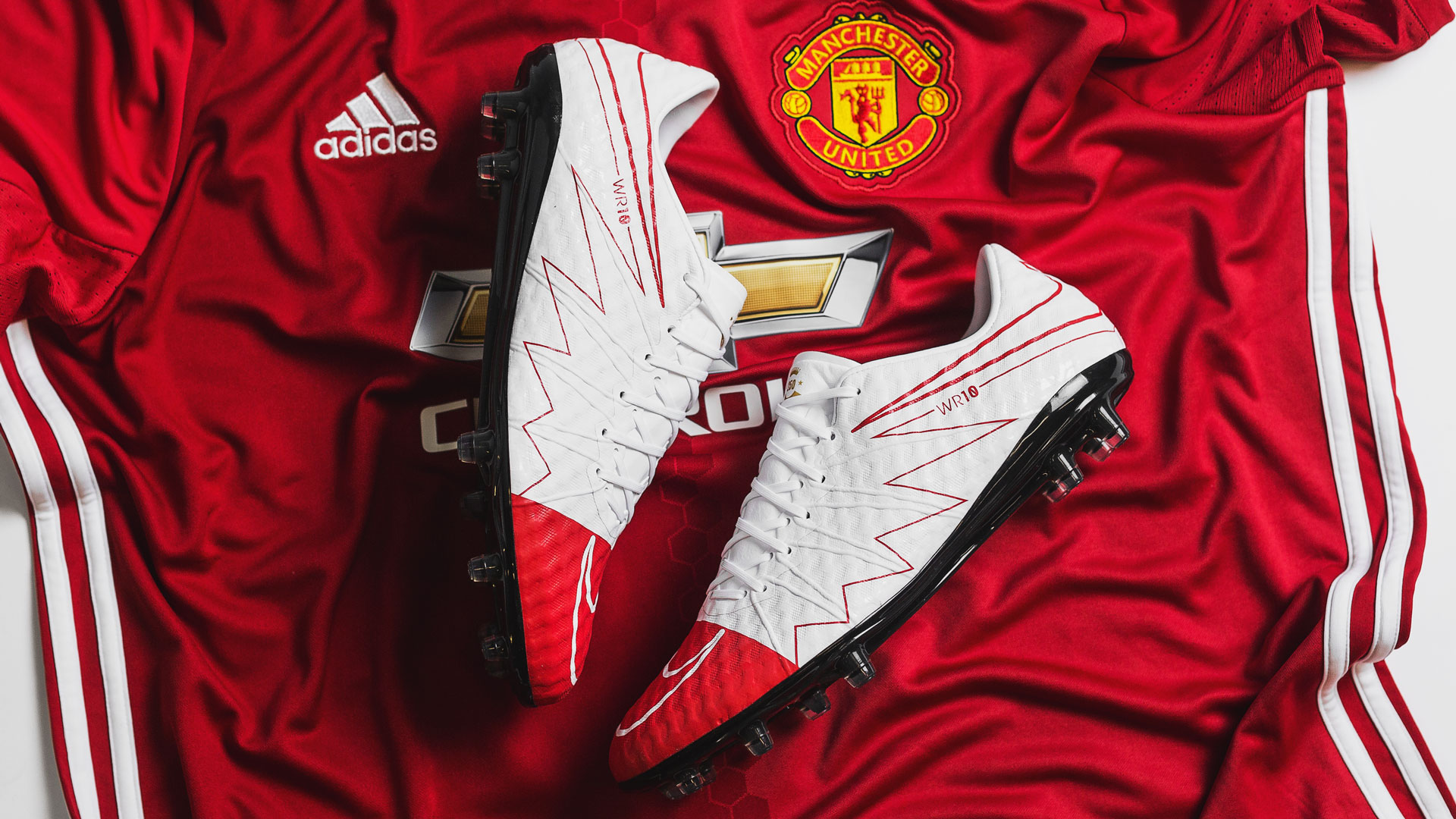 Made in celebration of Wayne Rooney and his massive achievement of reaching 250 goals for Manchester United, Nike have introduced this unique WR250 pair of Hypervenom II.

It was in absolutely the most Wayne Rooney way possible, when he scored his 250th goal for Manchester United against Stoke this weekend. A total screamer in the dying minutes, which brought back a crucial point for United. A fitting way to forever secure that his name goes down in Red Devil folklore and remind the world of football just how big of a legend he is.

Equally fitting is this homage Hypervenom colourway from Nike, which comes in a unique design that is as beautiful as the goal Rooney broke Sir Bobby Charltons record with. The Nike Hypervenom Phantom II WR250 features in the colours that Wazza wears for both his club and country, and when you place the two boots side-by-side they combine to create the St. George’s Cross across the upper. This is both a connection to the England national team, for whom Rooney is also the all-time leading goalscorer, and also a tribute to one of Nike’s most iconic adverts, where he has the flag painted across his chest.

You can order your own pair of Nike Hypervenom WR250 Limited Edition on unisportstore.com. Available now!

Inside the boots, Nike have also added a tribute to the Wayne Rooney Foundation, which helps support underprivileged youth. While wearing these boots Rooney hopes to continue to inspire and give back to children who need his help. What a guy!

“I want the best for not only my kids, but all children,” says Rooney, who has three boys of his own, Kai, Klay and Kit . “That is why I started the Wayne Rooney Foundation. Every goal I’ve scored has been scored in Nike boots and I appreciate Nike highlighting my foundation with these boots, not just the record.”

You can order your own pair of Nike Hypervenom WR250 Limited Edition on unisportstore.com. Available now!