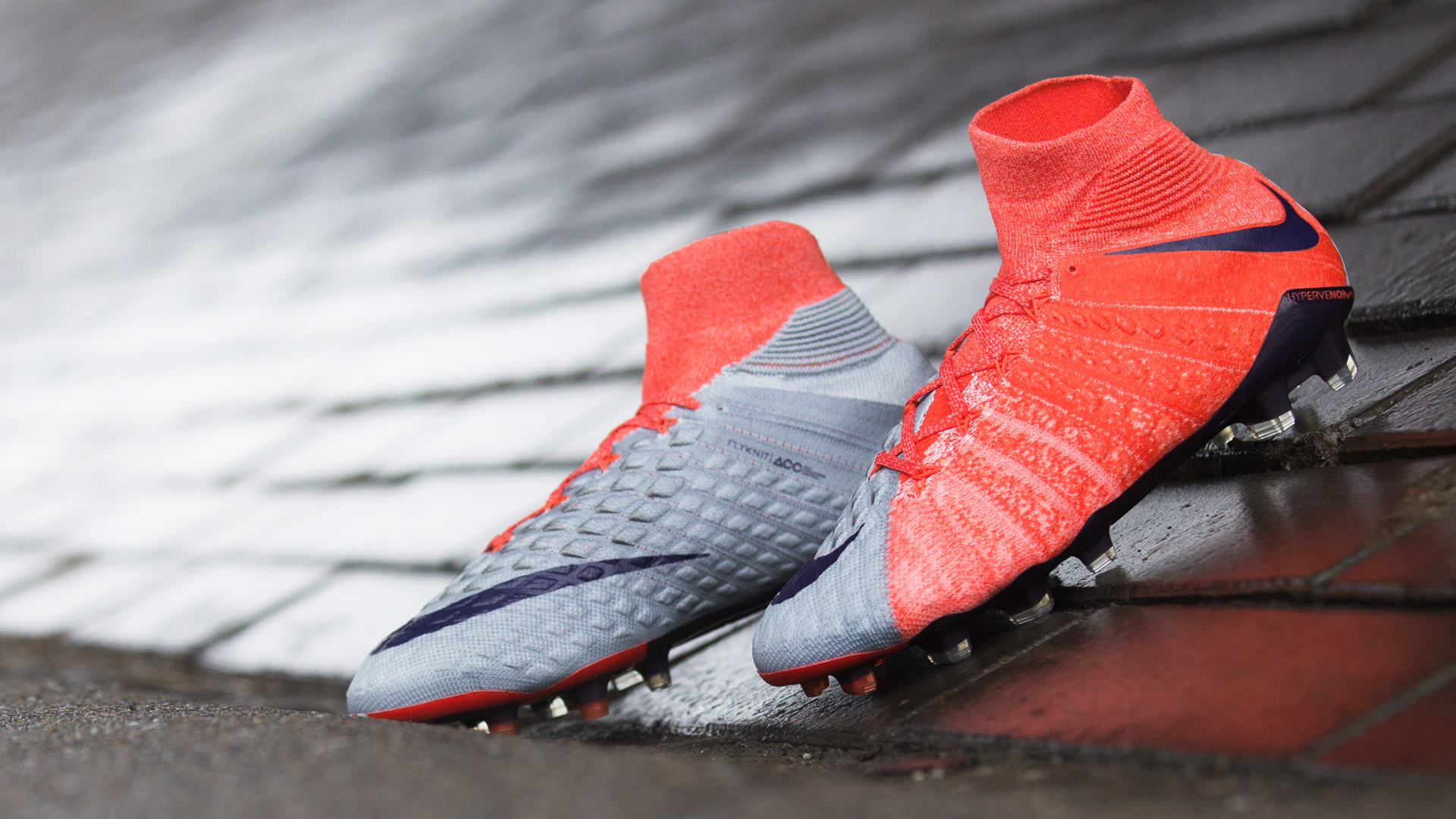 Fair warning; you are about to witness a truly jaw-dropping football boot. The Nike Hypervenom Phantom 3 Women's Edition is nothing short of staggeringly good-looking and we've had our photographers snap a couple of gorgeous pics.

Chances are that I'm going to come off as jealous in this blog post and the reason why is simple; the Nike Hypervenom Phantom 3 Women's edition is a ravishing boot to look at and my wide feet do not fit into it. Let me elaborate; when Nike launch a football boot just for women it's more than just a colourway. Even though the boot is built with the same tech as the male equivalent of said boot, the last on which the boot sits is narrower to comply with with the generally more narrow women's feet.

In short, you get the same boot, the same tech and the lot, but is has a narrower last and therefore fit and a different colourway. And what a colourway! I mean, even the name of it is off the charts; Nike Hypervenom Phantom 3 Wolf Grey/Purple Dynasty/Max Orange. It's one of those colourways that has just the right amount of flair without attracting too much attention and that's what makes it so very appealing. Alright, let's not linger too much on the design of the boot and look at what other things it brings to the table.

Nike have well and truly gone back to the origins of the Hypervenom and have completely scrapped the NikeSkin upper for the Phantom and have instead introduced an upper entirely made up of FlyKnit and FlyWire. And it is GOOD! Now, the design of the boot is good for more than just catching the eye; it also makes it easier to distinguish the two separate zones that Nike have incorporated into the upper. The Cut and Strike Zones.

The Strike Zone is placed on the instep of the boot and on this given colourway that translates to the Wolf Grey area. The foam pods found in this zone are multi-layered and therefore serve multiple purposes. By multiple, I mean two. Nonetheless, it all depends on the velocity at which you either control or strike the ball; the harder you strike the denser the pods get and therefore gives you a harder and cleaner striking surface. Vice versa, the pods serve as a dampening element when you're controlling the ball.

The Cut Zone is all about control and the pods on the outside of the boot, the Max Orange area, are actually just filled with air. The pods really offer you a soft touch on the ball and you'll be genuinely pleased with the level of control the Hypervenom delivers. Remember, with the new Nike Hypervenom Phantom 3 you get the choice between two statement models; one with and without the Dynamic Fit Collar. The choice is yours! I've been raving about the colourway, so I'm curious to hear what you make of it. What's your take on the Nike Hypervenom Phantom 3 Women's edition?