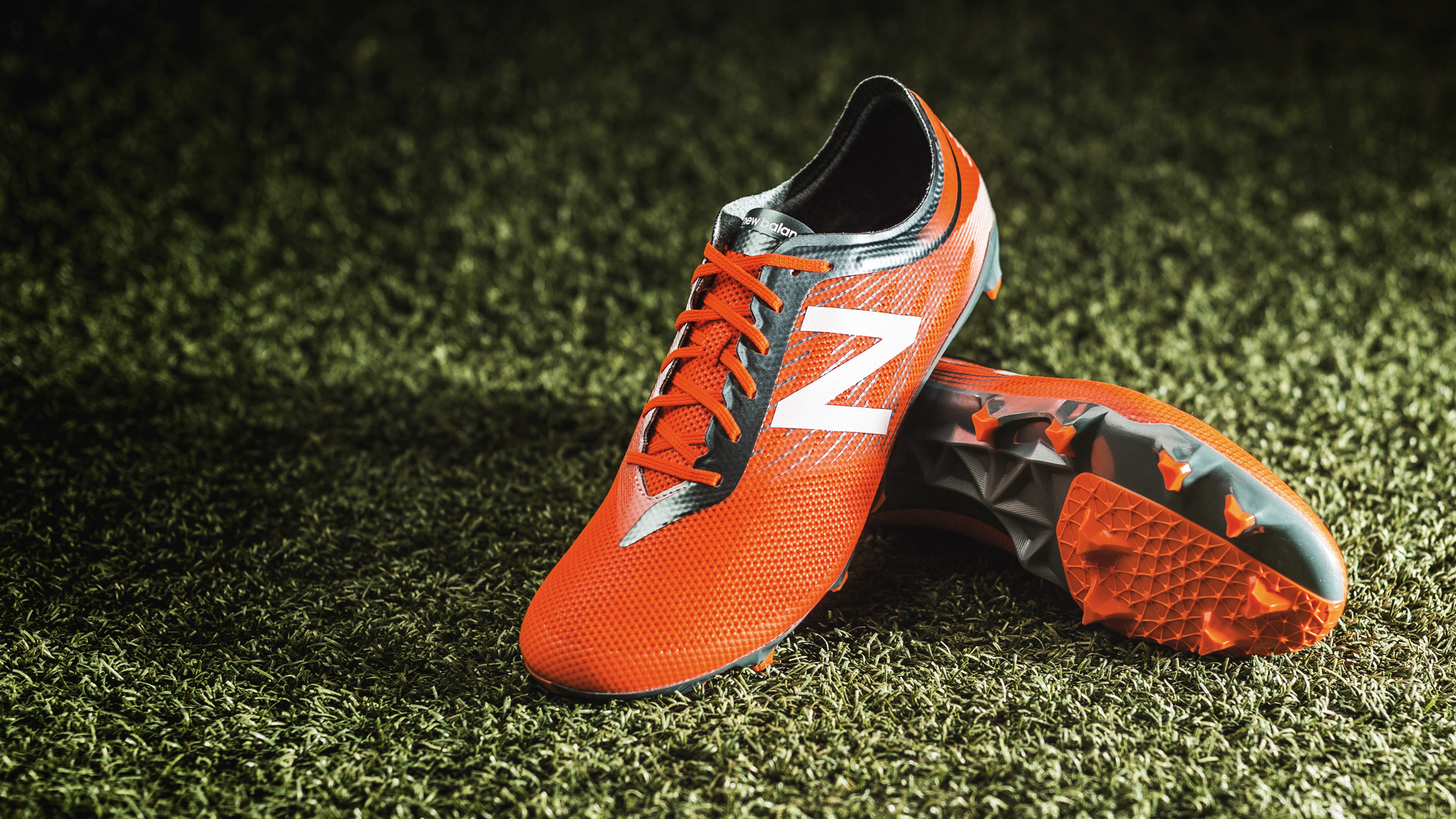 New Balance weren't exactly the first to get off the mark in terms of new releases in 2017, but now they're making up for lost ground with two releases in quick succession. Check out this new and dapper colourway for the Furon II.

New Balance have dubbed this new colourway Salmon and I am not quite sure that correlates with just how good-looking it actually is. In a sense the colourway of the Furon II is the inverted colourway of the Visaro II we had a look at just the other day and I for one really enjoy when brands launch their different collections in matching colours. It makes for a greater on-pitch impact and I'm sure the likes of Alvaro Negredo, Jesus Navas and Kevin Mirallas are ready to make an impact in their new boots soon enough.

Now, the New Balance Furon is branded as a speed boot, but not in the sense where pace is alpha and omega and weight has to be as low as possible. It's a speed boot in the sense that it's been designed to provide you with that vital first step to get in front of the defender and finish the chance before he's even had a chance to yell for offside in vain. The Furon is about finishing off the chances the Visaro players create and therefore touch, finishing and acceleration are of course major aspects of the boot.

As for the touch on the New Balance Furon II, it's evolved immensely since the first generation of the boot and that can be attributed to the upper used. Going away from the burrito fit, which didn't exactly fulfill expectations in terms of comfort and stability, New Balance have opted for a more straightforward fit and a "Hybrid Mesh" upper. It's much for flexible and responds nicely to the movement of your foot and that helps you achieve an almost barefoot touch on the ball. If you mess up your first touch in these, we're sorry, but you can't blame the boots then.

New Balance have more or less tweaked and adjusted the small elements that held the first generation of the Furon back ever so slightly, but have kept the things that really worked. For instance, the outsole and stud configuration remains the same and it is as responsive and aggressive as you'd expect from a proper speed boot. If you're looking for a new boot and you consider yourself a fast-paced and highly reactive player you should definitely give the New Balance Furon II a try.