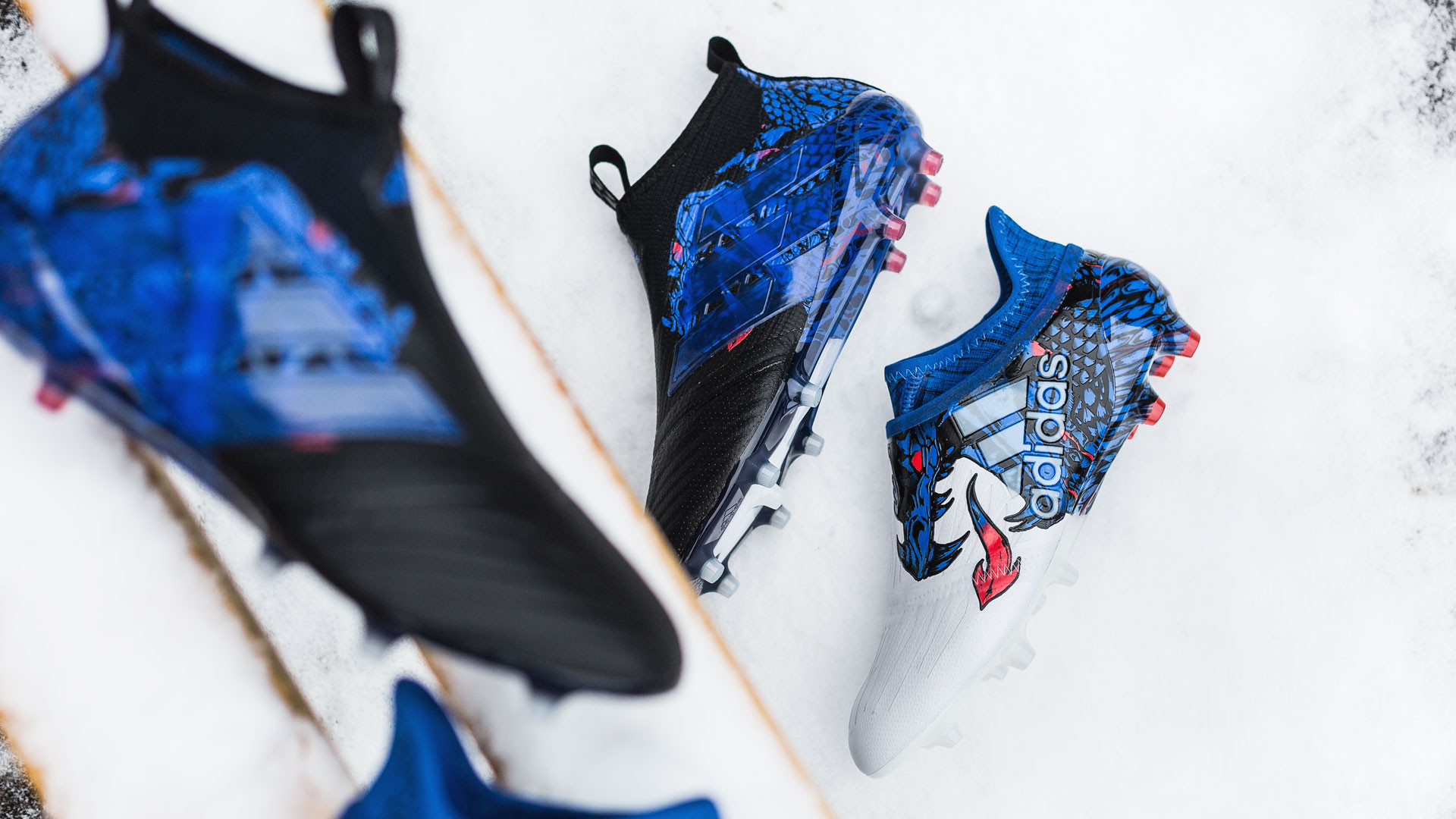 Tomorrow sees the return of the Champions League, as we move into the knockout stages. adidas launch new Limited Collection boots to honour the 2017 final host city Cardiff. Bring it on!

The world of football has an anything but casual week of football ahead, as the Champions League is back. Paris Saint Germain vs. Barcelona and Bayern Arsenal are among the standout features and the winners of those games could very well be the teams we see clashing, when the final takes place in Cardiff this spring.

And the 2017 final host city, Cardiff, has played a large part in the design of these two new adidas Limited Collection football boots, which are part of the ‘Dragon Pack’. Both the adidas X 16+ PureChaos football boots and the adidas ACE 17+ PureControl feature a unique dragon design, which comes from the Welsh flag and Cardiff’s city crest. Not only does this provide an eye-catching homage to Cardiff, it also looks absolutely awesome. Dragons just make everything instantly better!

adidas have always had a knack of taking these animals, or mythological creature in this case, and transferring it to their Limited Collection football boots. The Viper Pack or the Yohji Yamamoto boots are especially successful recent examples and if the popularity of those boots are anything to go by, then these look dead set to blow the hype-o-meter straight off the scales. Do not sleep on these, because they will not be sticking around!