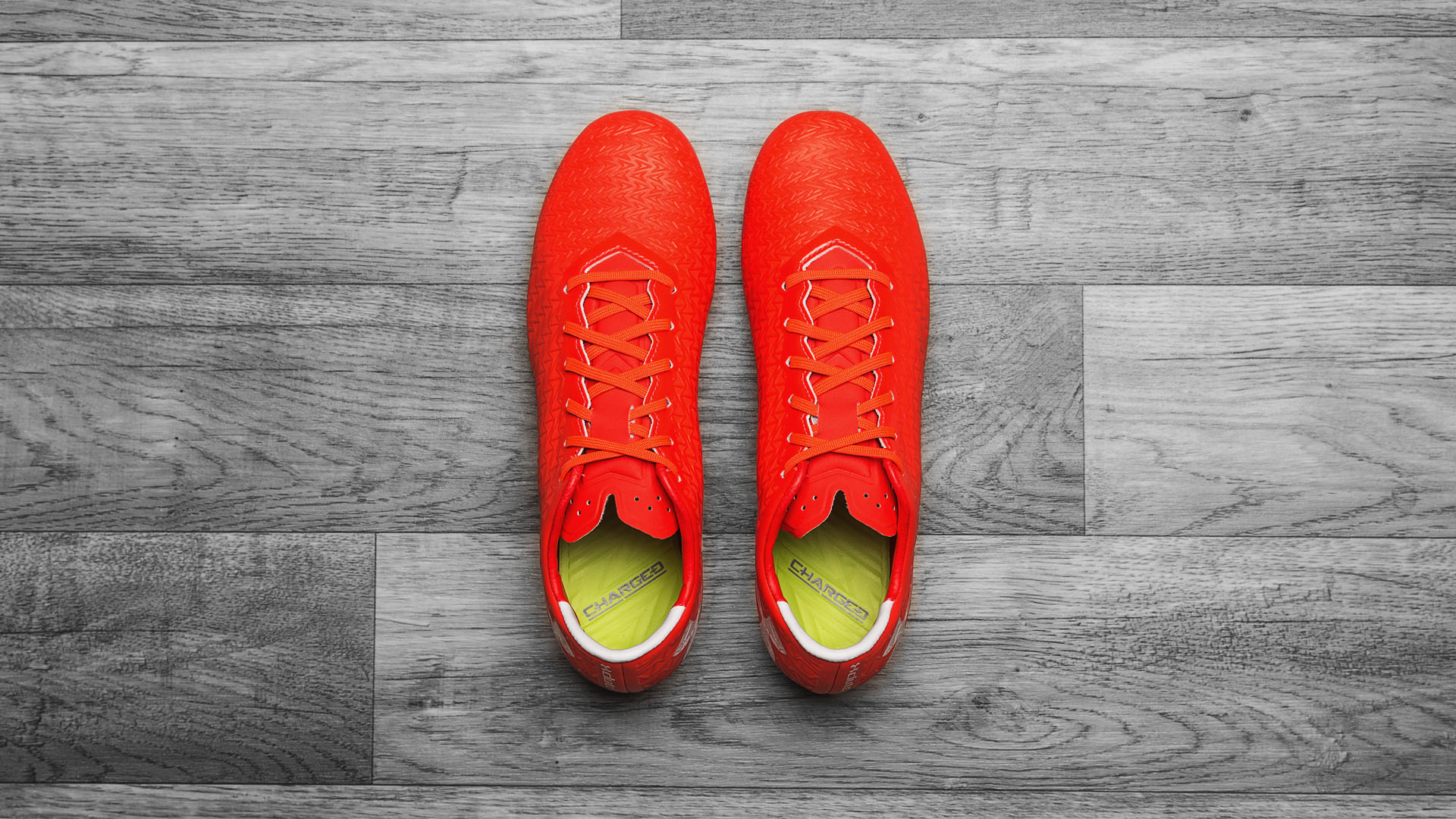 On the very last day of winter Under Armour have brought the heat and welcomed the spring. Here's your first look at the Clutchfit 3.0 Coral from the American sports brand.

The attentive boot spotter may have noticed Southampton goalkeeper Frasier Forster wearing the Under Armour Clutchfit 3.0 Coral in Sunday's EFL Cup Final against Manchester United. In one of the more thrilling cup finals I can remember, Southampton drew the shortest straw in the end, but Forster still managed to win himself a fair amount of recognition for his spring ready footwear. The Coral colourway not only popped on-pitch, but pops in front of the lens of a camera as you'll see just below.

The Under Armour Clutchfit 3.0 is built around control through comfort and as we look at the tech you'll see just how that works. The second-skin upper consists of two layers whereas the outer layer has a 3D printed coating that improves grip on the ball for better control and the inner layer is supple and cushioned to improve comfort and to give you a dampened touch when receiving the ball. Not half bad, UA!

Inside the boot you'll find a 4D Foam insole that works the same way as memory foam does it. It moulds to, and remembers the contours of your foot, leaving you with an ever so comfortable and personalised fit. Therefore, it's safe so say that Under Armour really deliver on their promise of control through comfort - in all condtions one may add. So goalkeepers, defenders and midfielders; don't sleep on the Under Armour Clutchfit 3.0; this is for you and once you try it, you'll see why!

Get yourself a pair of the Under Armour Clutchfit 3.0 Neon Coral right here!