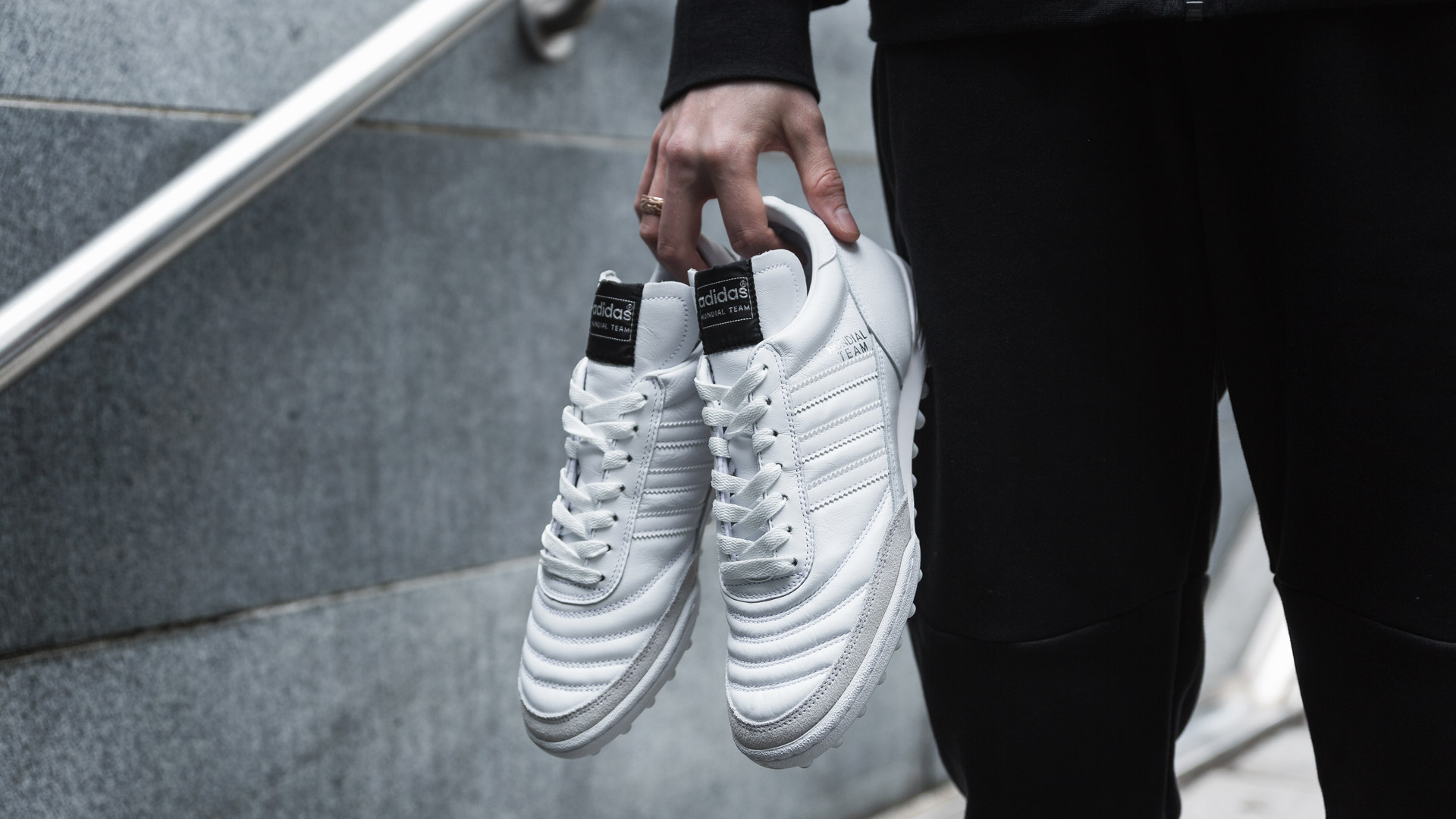 No addition to the adidas ‘Limited Collection’ ever goes unnoticed, but some will inevitably cause more of a stir than others. Anything that involves the Copa Mundial is definitely going to get people excited, so prepare for a piece of modern classic.

Adidas have the design technique of combining their unsurpassed heritage with their modern feel down to tee. No better examples of this exist than the adidas Mundial Team Modern Craft shoes, which now get a pack update with three colour overhauls for the silhouette. The Modern Craft shoes are categorised as turf football shoes, which they are very well suited for, but actually, they have made just as large a name for themselves as sneakers and are an elegant way of honouring the legendary Copa Mundial football boots.

The first adidas Modern Craft collection was launched back in November 2016 and back then came in a black and white colourway with gold trimming. This 2017 version takes more of its inspiration from the streets, which means it has a much rawer expression. The result is however still a sleek and luxurious take on the best-selling football boot of all time, which just leaves you with with the borderline impossible task of picking between one of the three colourways. It’s gonna be the grey one for me!