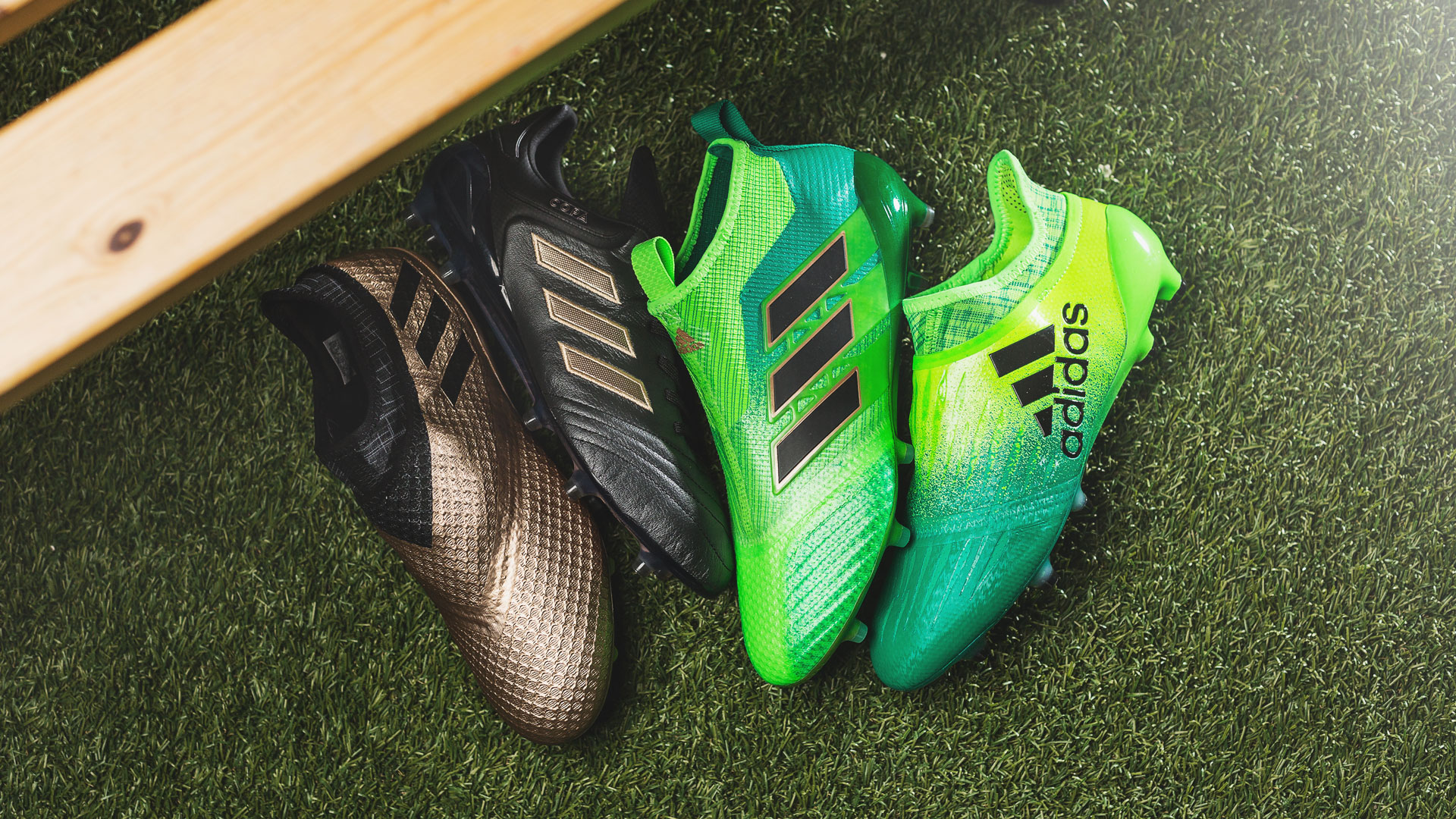 Exactly one week ago, adidas kicked off a spring football arms-race with the ‘Turbocharge’ PureControl and now they follow-up on that solo-launch with the complete pack. Meet the freshest lineup from adidas to date.

adidas have since December last year, returned to four silos of equally important football boots, which all have four very clear and different attributes. Now, while the boot silos are all prioritised the same, there are still some advantages given to the ground-breaking PureControl, which is why it was launched completely on its own last week (Superstar perks). However, the laceless boots get plenty of attention on their own, so for now, let’s instead shift all focus to the rest of the adidas ‘Turbocharge’ Pack.

This new adidas ‘Turbocharge’ Pack takes its inspiration from turbocharged race cars, which have improved power output and have greatly improved performance. Using racecars as inspiration for their packs has been an underlying common theme from adidas, since the Red Limit collection in December and it carries into this design. Die Drei Streifens interpretation of it on the ‘Turbocharge’ design is particularly eye-catching and will certainly see you take centre-stage, when you either show your class in Copa, create chaos in the X or unlock your agility in the Messi boots.

You can buy your pair of the new adidas ‘Turbocharge’ Pack football boots from today at Unisport.

As mentioned earlier, the four football boots in adidas’ assortment have four very clearly defined purposes and attributes, but I wouldn’t blame you if you felt terms like “create chaos” was a little hard to interpret and especially how it translates to making you a better footballer. The X boots are what adidas call a “chaos football boot” and that means they are made for players that thrive in fast-paced and unpredictable games. They can turn on the style in a heartbeat and change games with bursts of brilliance and speed that not even the best defenders see coming. Just think of Luis Suarez’ panna vs. David Luiz and Gareth Bale’s pace-humiliation vs. Marc Batra.

While the adidas X boot has a lot of on-pitch support from superstar athletes, which shows what style of play they are for, the Copa boot has none. Not a single footballer in the world is contracted to the modernised Copa that was re-launched in December 2016, but a football boot like this doesn’t need that either. With a plush, supple kangaroo leather upper, supportive Sprintframe and modern compression tongue, adidas have created a football boot so classy that it speaks for itself. And with the adidas Copa 17.1 ‘Turbocharge’ coming mostly in black, I can already now confidently guarantee it’s going to be an absolute smash hit.

The last of the big additions, is the adidas Messi 16+ PureAgility that is worn by Lionel Messi and a group of young talents in world football that have been hand-picked by Leo himself. Among them you find other vivacious, agile and attack-minded players like Kasper Dolberg, Nathan and Patrick Roberts. It’s about agility and speed, so players that push themselves to the limit like Leo Messi can mirror their play and aim for the same heights as him.

You can explore the full collection and see even more of the boots by checking out our adidas ‘Turbocharge’ universe right here.