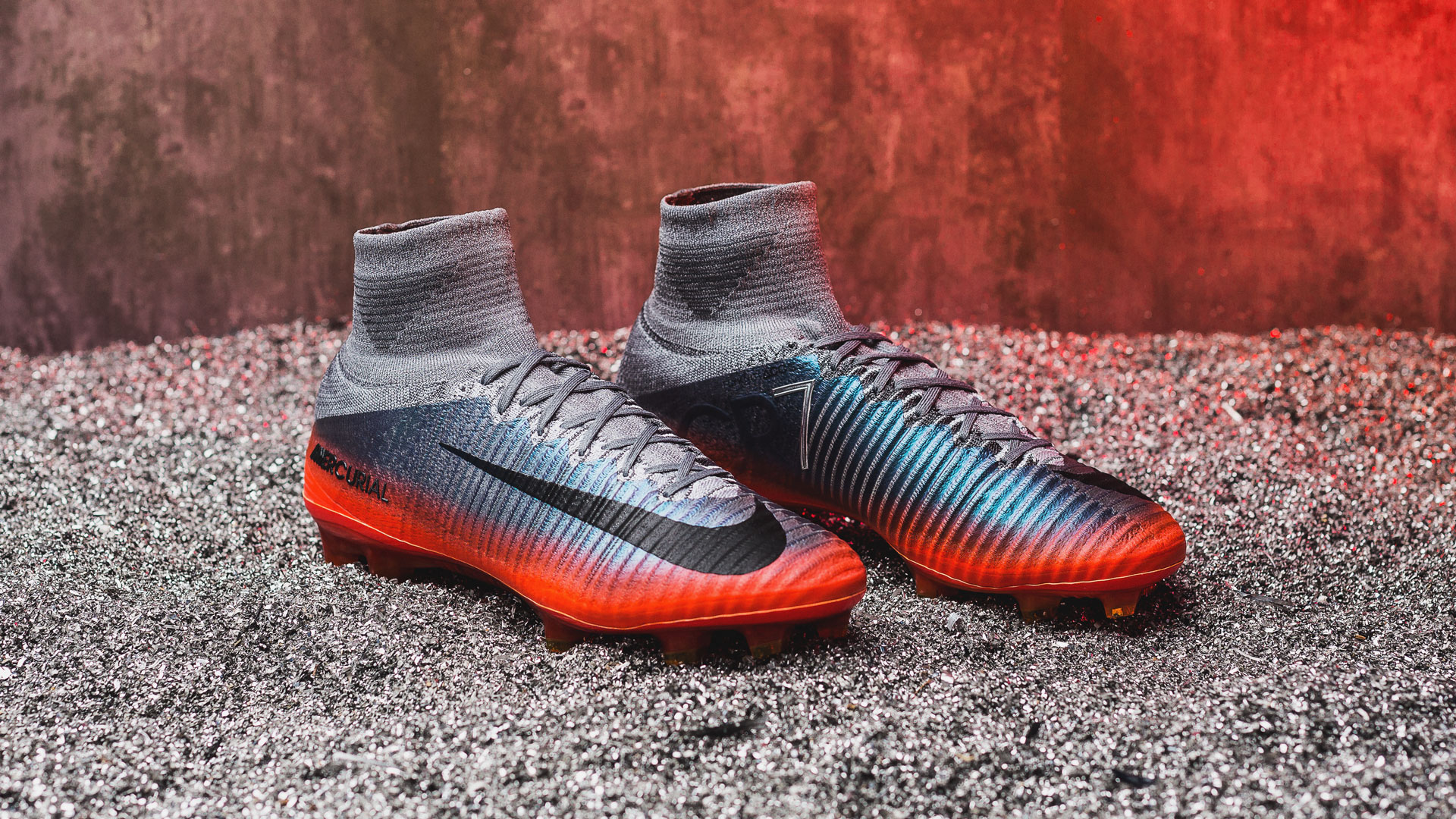 Last week, Madeira Airport “honoured” CR7 with a now legendary statue, which set the standard for bad homages. Luckily Nike operate on completely the other end of the spectrum and today release another brilliant chapter of Ronaldo’s career told through boots.

Nike Mercurial CR7 “Chapter 4: Forged for greatness”, is the name of the boot tasked with telling the story of Cristiano Ronaldo’s time with Manchester United, where his talent was honed and where he started building his body for ultimate performance. The beginning of a glorious story, which has secured CR7’s name in Red Devil folklore forever and has now inspired another beauty of a signature football boot.

You can sign up here for more information on the Nike Mercurial Superfly V CR7 “Chapter 4: Forged for Greatness”. Available online at unisportstore.com, April 10th, 2017.

On August 12, 2003, the still just 18-year-old Cristiano Ronaldo landed in Manchester Airport, fresh-faced and with the expectation of picking up his old and completely innocuous squad number, 28, from Sporting Lisbon. However, Sir Alex Ferguson had a very different idea and was adamant right from the beginning that for Manchester United Ronaldo would wear the legendary number 7. “Alex Ferguson said to me: 'Listen, I want you to take number seven,'” recalls Ronaldo. “I was surprised because I knew the guys who had worn that shirt.”

Cristiano Ronaldo, as you all know now, quickly proved himself more than worthy of the iconic number and under the guidance of Alex Ferguson and with his own steeled determination began transforming himself.

“It was the beginning of my success in football. I improved not just my skills but my body too.” - Cristiano Ronaldo

These years of transformation are what inspired this fourth chapter of Mercurial football boot from Nike. The visual design of the Nike Mercurial Superfly V CR7 “Chapter 4: Forged for Greatness” takes its look from red hot iron being forged and shaped, which on top of being a perfect metaphor for CR7, is also a nod to the industrial city of Manchester. The heel of the boots features special print, with the Roman numerals XVIII (28). Within the numerals the VII (7) has been highlighted, which is to symbolise the transformation from 28 to 7. And that it all together just happens to look pure f’ing fire is just another added advantage!

You can sign up here for more information on the Nike Mercurial Superfly V CR7 “Chapter 4: Forged for Greatness”. Available online at unisportstore.com, April 10th, 2017.