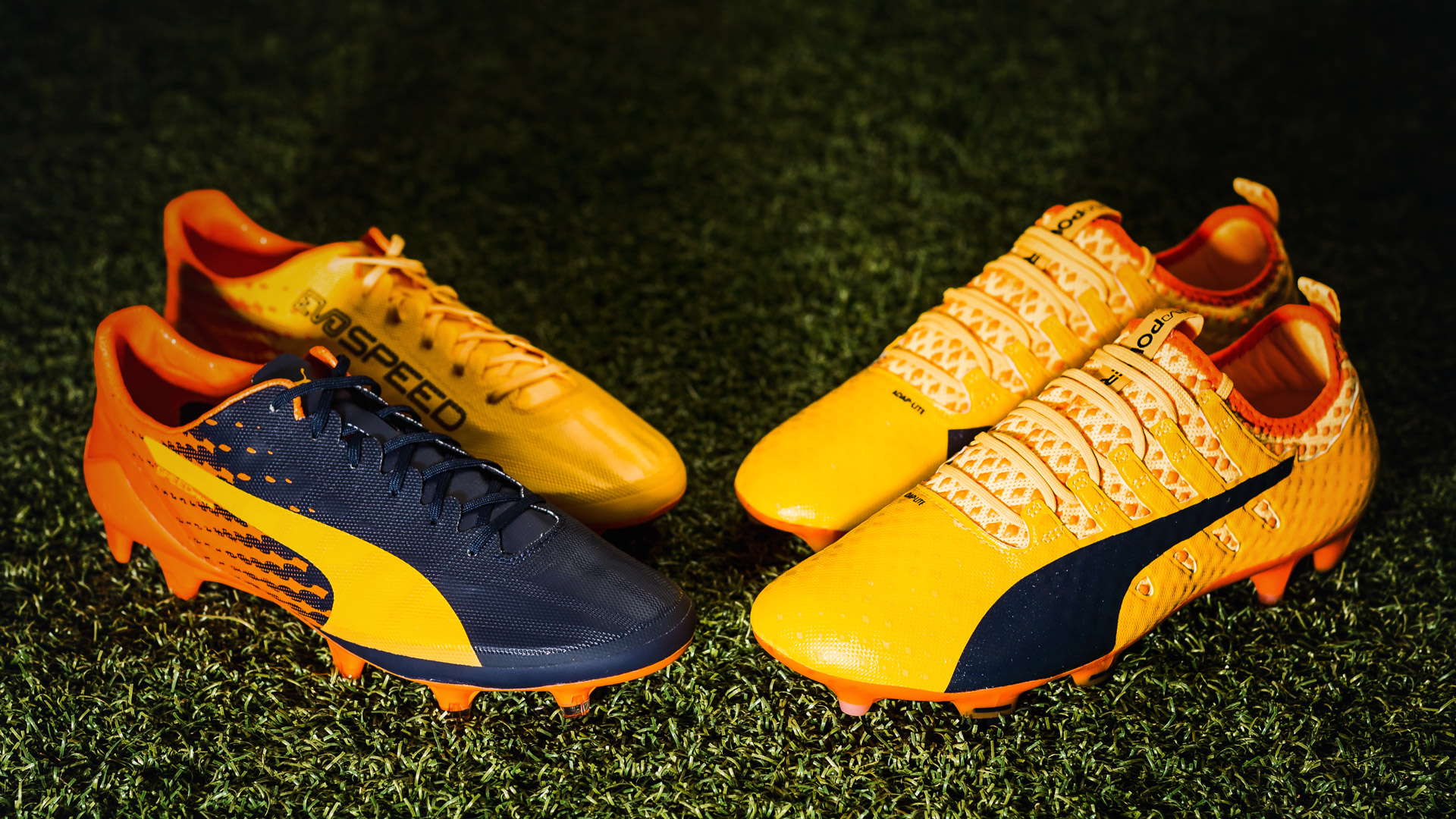 Did you feel it this weekend? The weather took a definite turn for the better and I guess PUMA felt it too, because they have just released new and extremely summer-fresh colours for both their evoPOWER and evoSPEED.

We are certainly picking up those famous summer-vibes from this new PUMA collection of football boots. The colour composition is the sheer definition of “heat” and makes for incredibly good-looking football boots on both the evoPOWER and evoSPEED silhouette.

The PUMA evoSPEED 17 SL is after a brief stint with a more traditional colourway back in a flashy Tricks design, which means it once again comes with a different coloured left and right boot. One thing both feet have in common is that they are both incredibly eye-catching, with the left foot in two shades of bright orange and the right in a deep navy and orange combo. The lightest football boot in the world has never looked faster than now!

If you’re more about blistering strikes than blistering pace, then the PUMA evoPOWER is where your eyes should instead turn. Launched four months ago, PUMA drastically changed the evoPOWER technological design with the Vigor 1. It now features a softer and more comfortable slip-on construction, as well as far better AccuFoam utilisation for more precise strikes. It is still the only true power football boot in the world, which makes it a truly unique offering and especially in tones like this.

If you want the lightest experience in football boots ever or your most accurate strike to date, then the new PUMA football boots are worth more than a few extra looks. Check them out here.