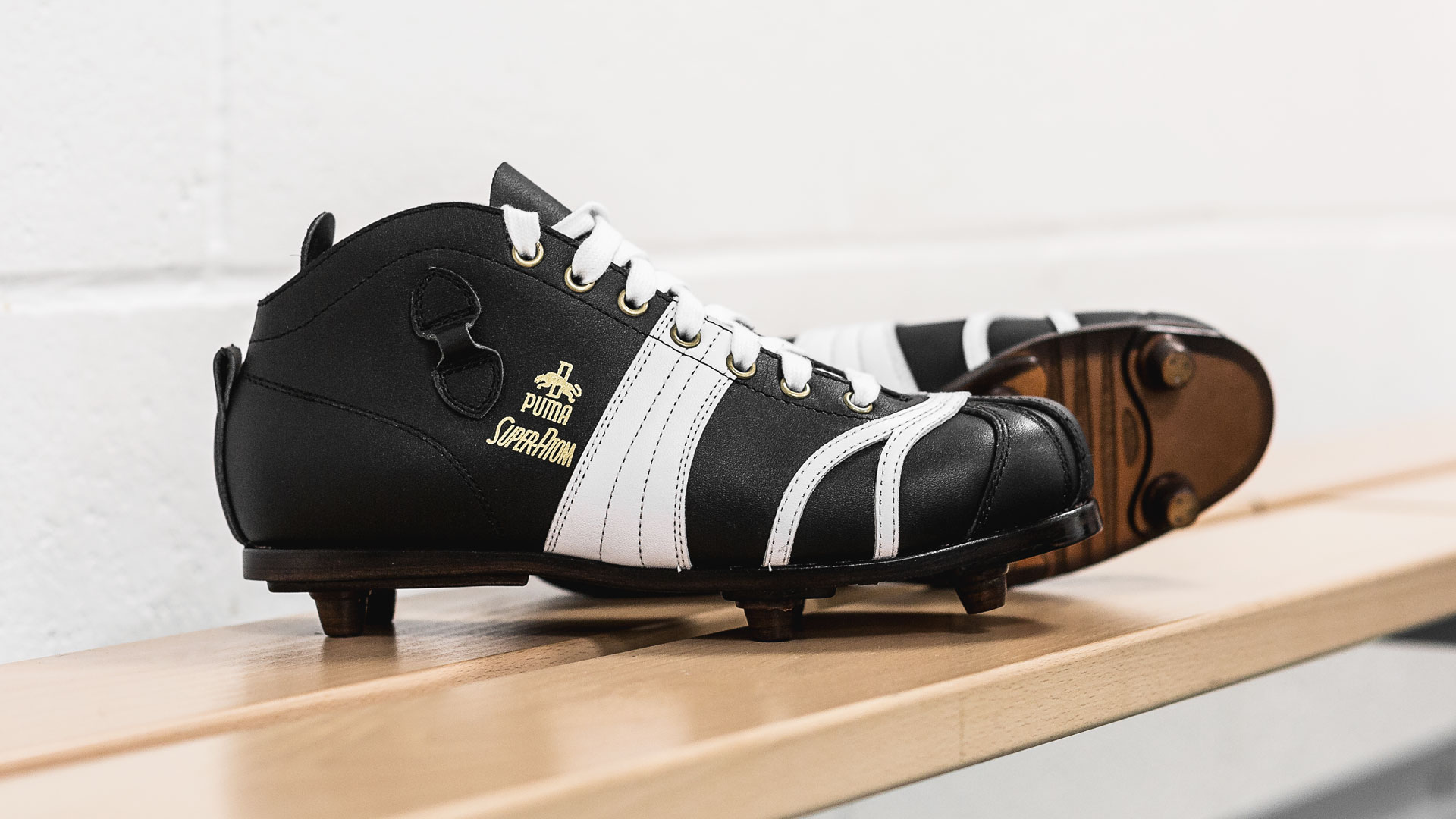 We've got a launch for the ages on our hands and we mean that in the most literal sense. We're proud to present you with the extremely limited edition remake of the iconic PUMA Super Atom from 1952!

It is probably fair to assume that the majority of our most avid readers weren't around when the original PUMA Super Atom graced the football pitches around the world in 1952, but that doesn't mean we shouldn't pay our respects to history when the opportunity presents itself. To celebrate the 65th anniversary of the revolutionary football boot, PUMA have recreated 100 pairs of the original and the resemblance is uncanny. That's 100 pairs worldwide! Yes, boot collectors, you read that correctly!

So, we've established that this is a very, very limited drop and that it takes its inspiration from a very, very old boot. Why is it so special then? The PUMA Super Atom was the first ever football boot to utilise screw-in studs and therefore became the mould from which future football boots would be sculpted. It also marked the beginning of PUMA's succesful venture into the footballing world. These boots are a piece of history and just by looking at the PUMA football boots today, see just how much the game has evolved since 1952.

We've seen remakes of old football boots before, but none like this one, as other brands have tried to modernise their old legends. The idea behind recreating the PUMA Super Atom is to get a product that is as close to the original boot in terms of shape and silhouette, design and logos. They've come eerily close to just that and when you have the boot between your fingers you could easily be fooled into thinking that this is just a box fresh football boot from 1952.

The one thing that reveals it as a modern and very special football boot is the showcase box in which it arrives. As there are only 100 pairs made worldwide, every single box has been numbered by hand by the guys at PUMA and if that's not a touch of class, I don't know what is. So, how do you add these to your collection? First come, first serve. They're available as of now and if you're interested in adding the PUMA Super Atom Limited Edition, just follow the link below.