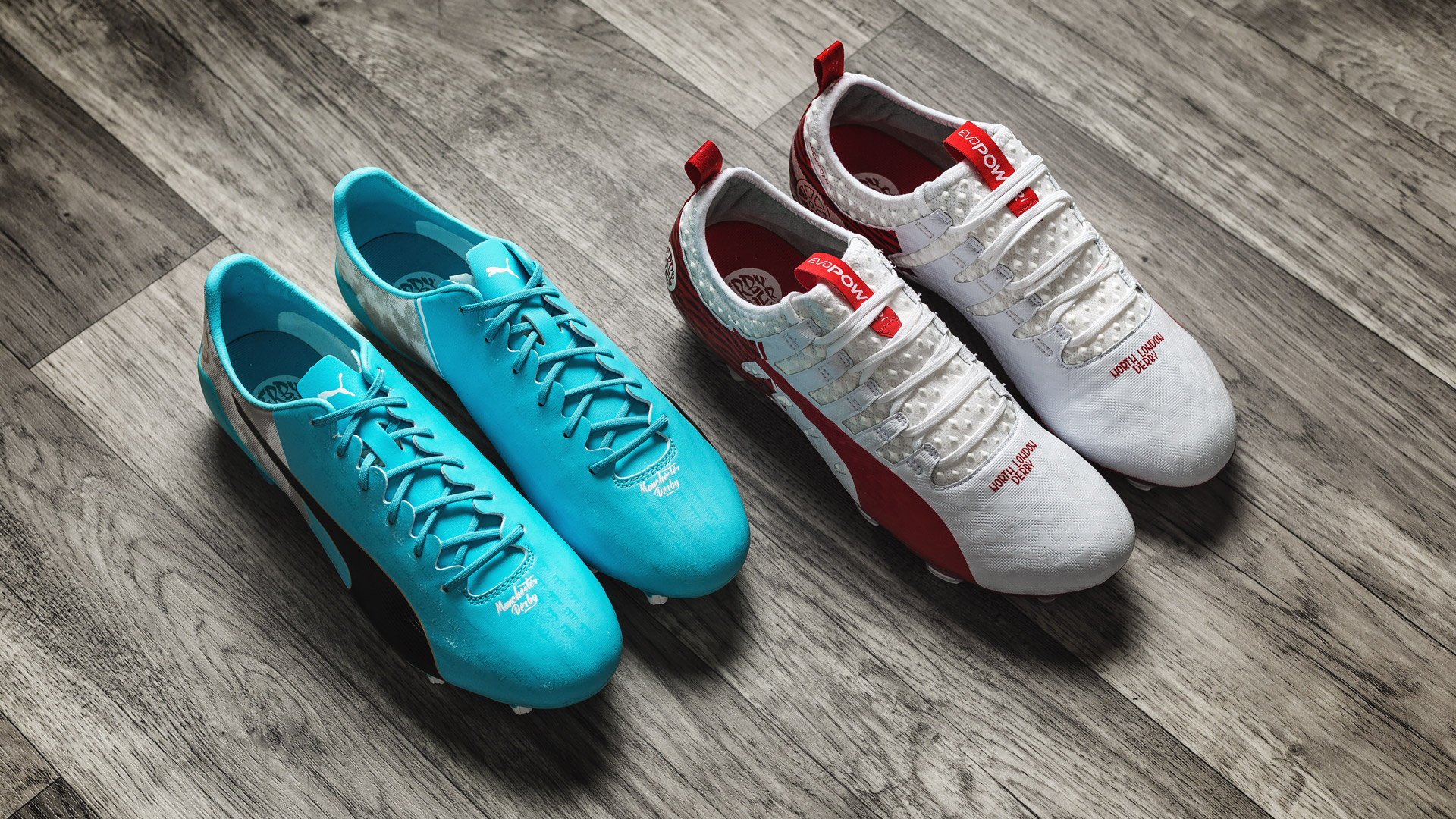 The next week offers not only one but two huge English derbys. One in Manchester and one in London - and PUMA are giving us some exciting news for the Derby Fever Pack collection.

In February, the game was postponed, but now the two legendary teams are ready for the Manchester derby. Sergio Agüero is ready to pull on his unique PUMA evoSPEED SL-S football boots, that are very much inspired by City’s colours and history.
Manchester United are just behind City and Agüero in this year’s Premier League, and both teams are desperately looking for the win. Agüero also features on the Top Scorer List which has so far been a close run contest, so a goal in the Manchester derby would be a big step in the right direction.

In the London derby, Tottenham and Arsenal meet in a crucial game. It’s been another excellent season for Spurs, and again this year they are in the hunt for the Premier League. The season has been a bit of a disappointment for Arsenal who are fighting hard just to finish in the top 5. Both teams have a lot at stake and it’s difficult to imagine anything but a really exciting game of football. Olivier Giroud probably hasn’t gotten as many minutes as he would have hoped for, but when he has played, he’s spoiled us with spectacular and crucial goals - and he is the Premier League player with the best minutes-to-goals ratio. Let’s hope Giroud plays - if not to score, just to show off his amazing Gunners’ inspired PUMA evoPOWER football boots .