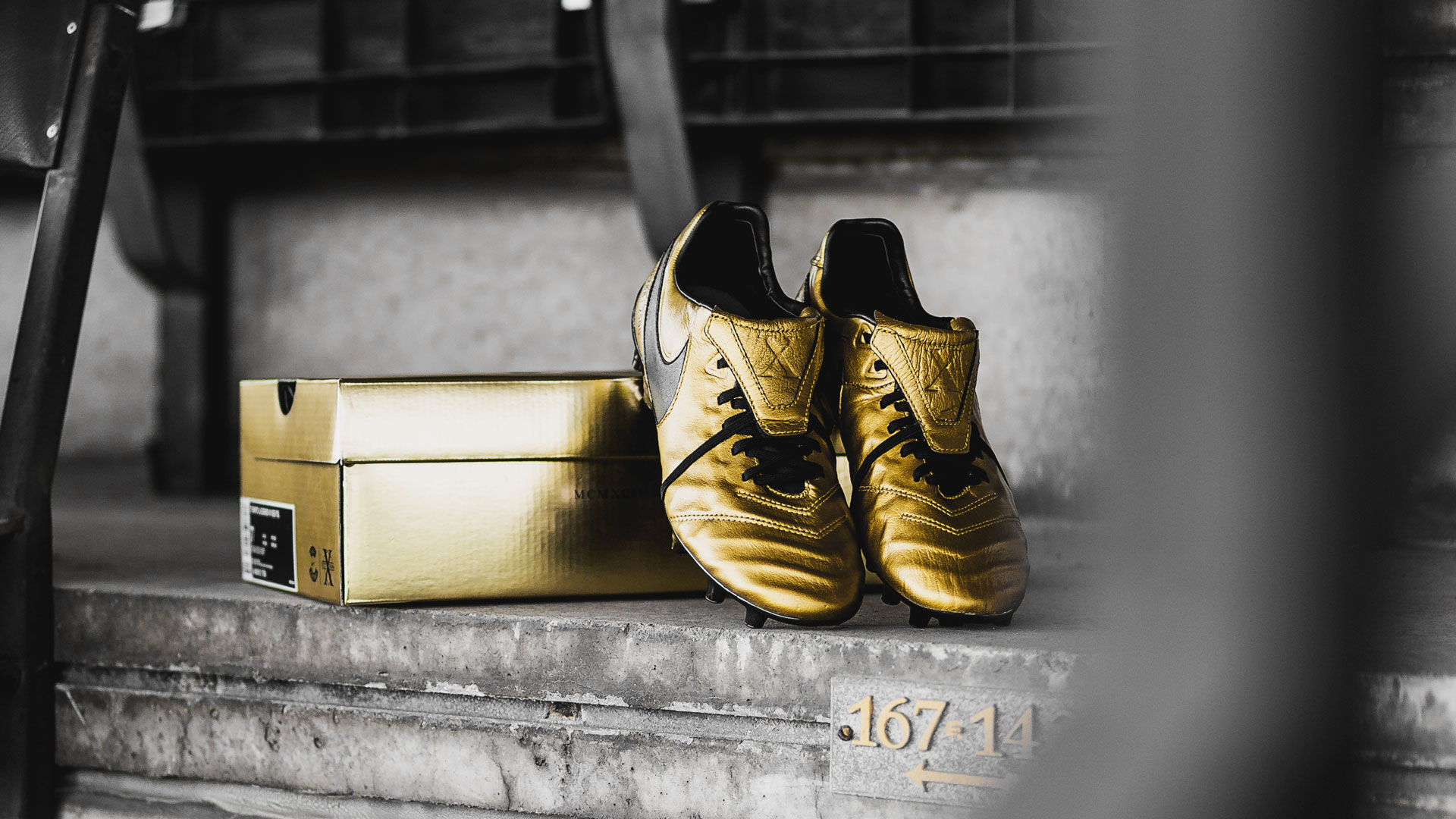 Certified legend status was unlocked years ago for Francesco Totti. This year marks his 25th season for AS Roma and Nike celebrate with a Limited Edition signature boot.

The devil is always in the detail and this is especially the case with football boots. That’s why Nike have absolutely PACKED the Limited Edition ‘Totti X Roma’ signature colourway with unique details that take the boots to new heights. Explore the pictures and read along here, as we take you through them all. Keep your eyes locked or we guarantee you’ll miss something.

A legend like Francesco Totti has many nicknames, but one of his most famous names is ‘The Golden Boy’. This is why Nike went for a spectacular gold design, when creating this 2017 signature boot for the AS Roma icon. The boot is made entirely from a supremely soft leather, which covers the entire upper from front to back. The regular Tiempo Legend 6 has synthetic on the heel, but as per request from Francesco, only full leather will do on his boots. The accompanying box is also all-gold everything, which just makes the experience of unboxing a pair of these stunners even better.

I'm honoured to wear them but, above all, to be able to make them available to the fans - Francesco Totti

If you want to get your hands on a pair, then you need to hurry. Find your pair of Nike Tiempo Legend 6 ‘Totti X Roma’ right here.

As you have undoubtedly already noticed, the Nike Tiempo Legend 6 ‘Totti X Roma’ has been fitted with his infamous foldover tongue, which Totti insists is added to every pair of Tiempo boots Nike make for him. It’s pure football heritage and from a slightly boot-nerdy perspective I think it is especially nice that Nike added the elastic strap to secure the foldover tongue, which they didn’t do on the black Totti signature boot they released in spring 2015.

On the underside of the foldover tongue, Nike have added the latin word ‘aeterno’, which translates to ‘eternal’. No doubt a nod to his unabiding love for the club. On the top of the tongue, they have embroidered a large ‘X’, which is the Roman numeral for Totti’s number 10 shirt. In addition, each of the 2500 pairs has been individually numbered and embroidered with the exact number on the side. Lastly, we have to highlight the soleplate on this boot, because it looks absolutely beautiful. It almost feels chromatic and is just another example of how much of a passion project this was for the Nike designers. They held nothing back on these!