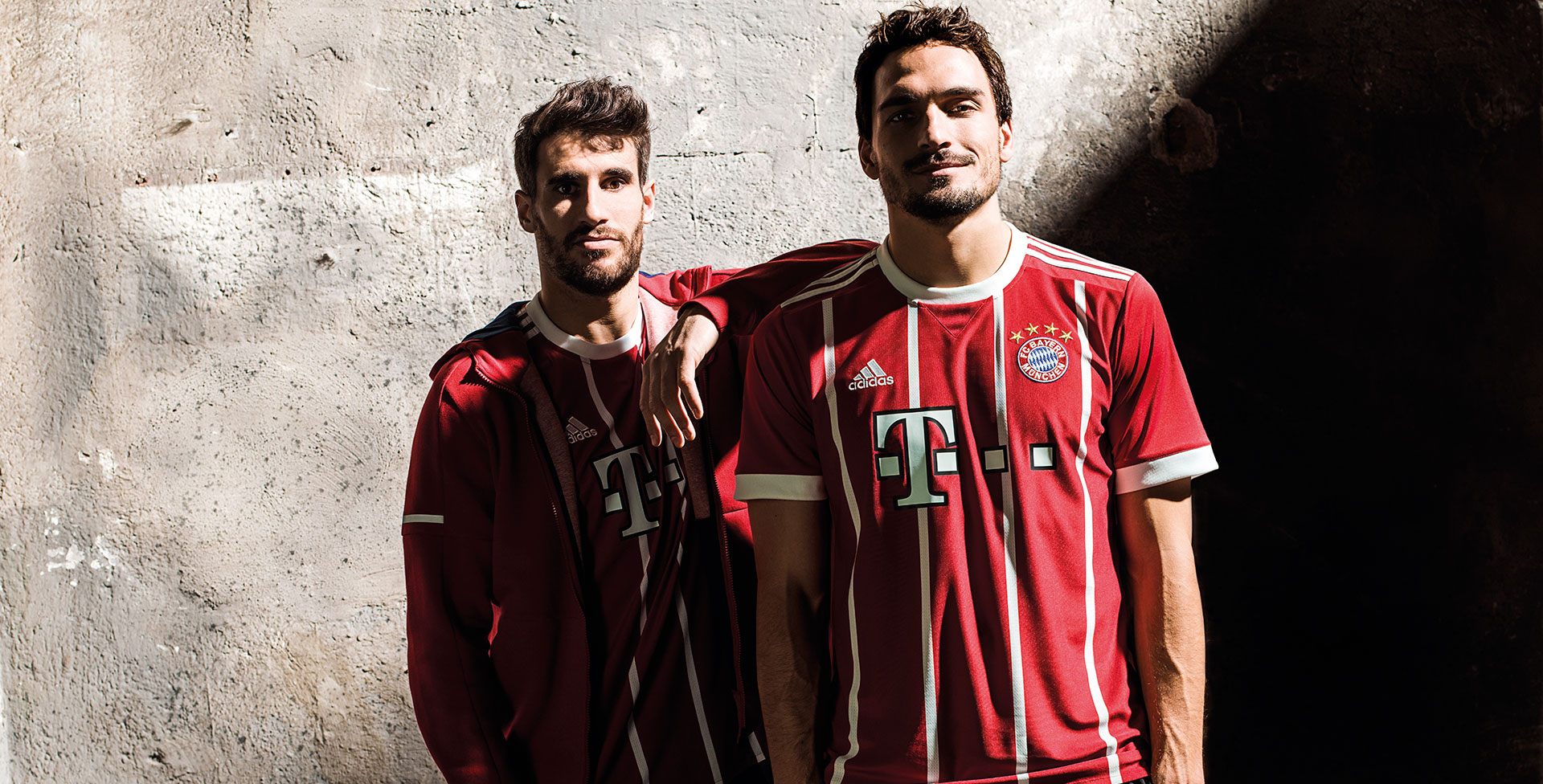 Another season. Another league championship. Bayern Munich reign supreme and have now been given a new shirt by adidas. Get all the angles on the classic kit here.

It is an adidas and Bayern Munich tradition that every season, the home strip for the following season, is debuted before the end of the current season. We will therefore already get to see this in action on Saturday, when Bayern celebrate a successful domestic campaign at the Allianz Arena against Freiburg.

If some of you feel this new 2017/18 Bayern Munich shirt looks familiar, then you would be right. Drawing inspiration from the club’s 1974 kit, it has four thick stripes running down the front, which give it a distinct old school look. Also, adding to this feeling, is the “T-mobile” print, which may actually be the first time ever that a sponsor on the front of a shirt has actually looked alright. Lots of jealous Man United fans, who are stuck with that god-awful “Chevrolet” logo slapped across their kit.

The shirt is almost a total one-to-one remake of the OG 70’s kit and to complete the look, adidas have naturally made the shorts red. I just always think the Bayern kits look better, when they are paired with red shorts and I know lots of you share that opinion, so it’s good to see adidas going that direction again. A very, very early contender for best shirt of the year and we are still only in May.

The Bayern Munich shirt 2017/18 is available for pre-order right now, so you can secure yours right here.