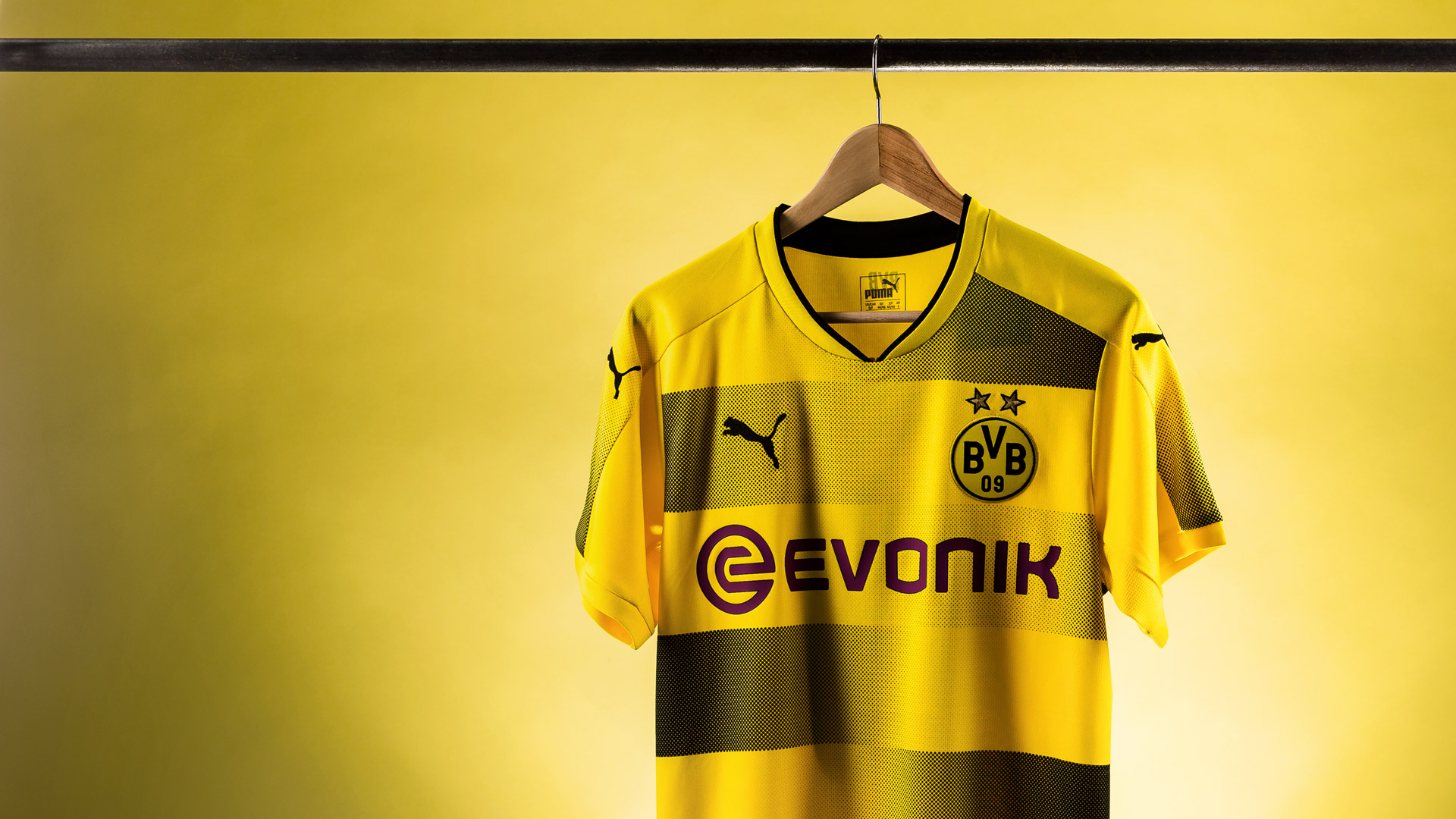 Everyone, with the exception of Schalke fans maybe, have a soft spot somewhere in their heart for Borussia Dortmund. PUMA do too and today prove it by presenting the utterly brilliant new home-shirt.

Despite the yearly tradition of Bayern Munich completely raiding the club and buying their biggest stars, the Dortmund scouting team somehow always manage to find the right players to reforge their squad. The same happened last season, where the signing of Ousmane Dembélé in particular led Dortmund to Champions League qualification and most notably a league cup win against Bayern.

On the pitch they play with a unyielding and fierce mentality, which is exactly what PUMA have attempted to capture with the new Dortmund shirt 2017/18. Featuring a fading hoop graphic on the front, the shirt looks and feels menacing and fast somehow. It’s a very bold expression and PUMA have certainly taken a risk on this one, but if you ask me it looks friggin awesome!

You can find your new Borussia Dortmund shirt 2017/18 right here.