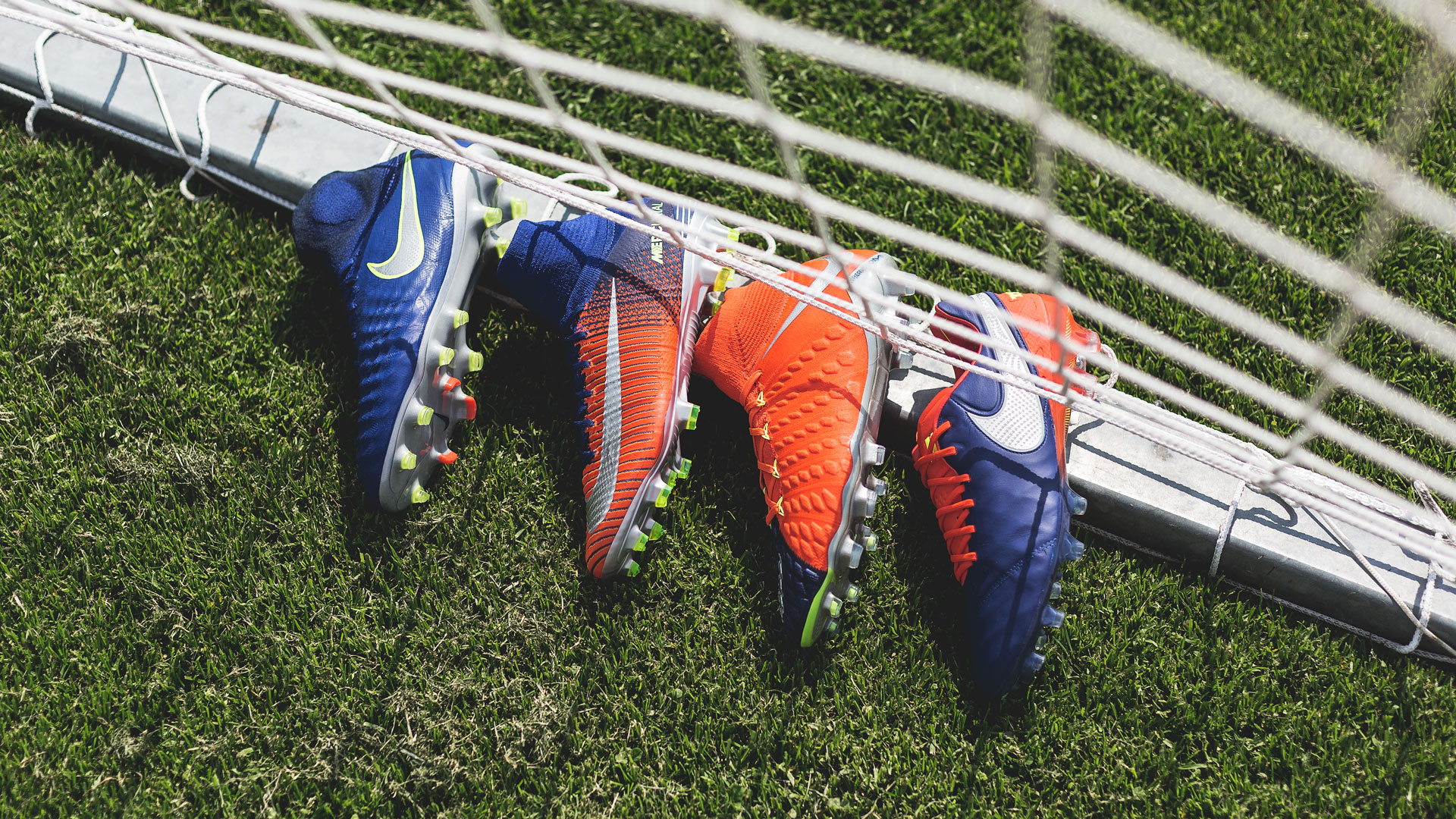 The 2016/17 season is heading towards its very final stages. Nike now introduce their “Time to Shine” pack, which is inspired by glorious sunsets and trophies. Find out how here.

For two teams in particular, and some of Nike’s very biggest athletes, the season is about to reach its absolute pinnacle. Right now, all that stands between Cristiano Ronaldo and both Champions League and La Liga glory is just two wins. Likewise, Juventus and Dani Alves have just two league games and the UCL final ahead of them. If either team is going to push for both trophies, they will need every ounce of inspiration and that is exactly what Nike give an injection of with their “Time to Shine” collection.

The Nike “Time to Shine” pack is available for order already today and you can get your pair right here.

The visual design of the new Nike Mercurial, Hypervenom, Magista and Tiempo is taken from the moment the sun sets and the trophy is presented to the victorious team. That’s the moment Nike want their players to visualise and tap into, when they pull on this new range of boots and I actually see what they mean. The twilight blue base with orange and yellow detailing, as well as the silver soleplates to symbolise the hoisted trophy. And in case you’re not into all that “deeper meaning” stuff, then luckily the design just looks immense in its own right.

The Juve and Real stars are far from the only players, who are still in with a chance of winning trophies, and the four new Nike “Time to Shine” football boots will be worn by all Nike signed players for the last games of the season. Full on-pitch cover, so you can look forward to seeing a complete takeover from these bright boots, as the sun sets on the season.

More info on kids boots below.

The new Nike “Time to Shine” pack is going to be a complete pack launch, with the colourway being applied to all models available to Nike. That means you can get the colourway that you will see worn in the UCL and UEL final, even if you prefer the Opus, Vapor or Phantom boots. The same goes for kids sizes, which even the pro-level boots will be available in. Nike covering it all with this one!

The Nike “Time to Shine” pack is available for order already today and you can get your pair right here.