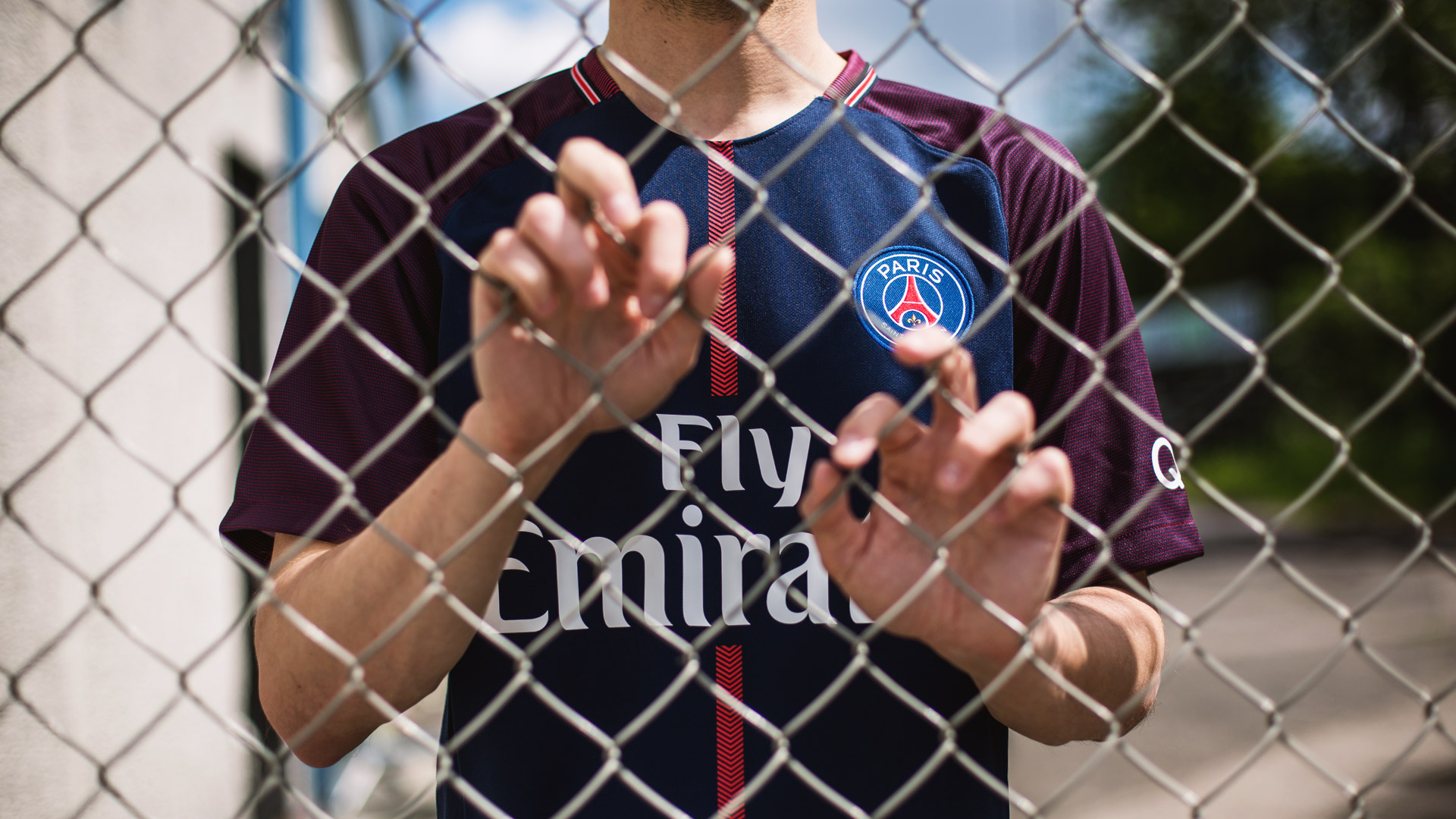 To say the 2016/17 season was a turbulent one for PSG, would be the understatement of the year. Paris Saint Germain will now look to bring home a lot more silverware next season, wearing their new home-shirt from Nike.

Although PSG may very well finish the season on a big high-note, as they face Angers SCO in the French cup, where they are massive favourites, the previous year has to be considered a bad one by their standards. Their insane UCL exit and deservedly being beaten to the title by Monaco is probably what most will remember this season for. However, instead of dwelling on that, Nike now look to push the Parisian players forward with this exceptional new strip.

This new 2017/18 PSG shirt is very different compared to last years look, and especially the newly adopted red sleeves set the shirt apart from past designs. The new PSG shirt does still feature the iconic, red stripe down the centre, but fairly controversially Nike have chosen not to include a white outlining around the red centre stripe. Many Paris Saint Germain fans consider adopting the “Hechter” template essential to creating a true PSG kit, but Nike have this year proven that they don’t mind going against traditions. Daniel Hechter was a French clothes designer, who came up with the first traditional PSG shirt, which came in the set colour scheme BBRBB (bleu, blanc, rouge, blanc, bleu).

The new design is rebellious to traditions once again, but for a club with its roots so deeply rooted in the world of fashion and streetwear, you can understand why Nike always look for new and untested styles to adopt every year.

The Paris Saint Germain 2017/18 shirt will be made available for sale on the 25th of May.