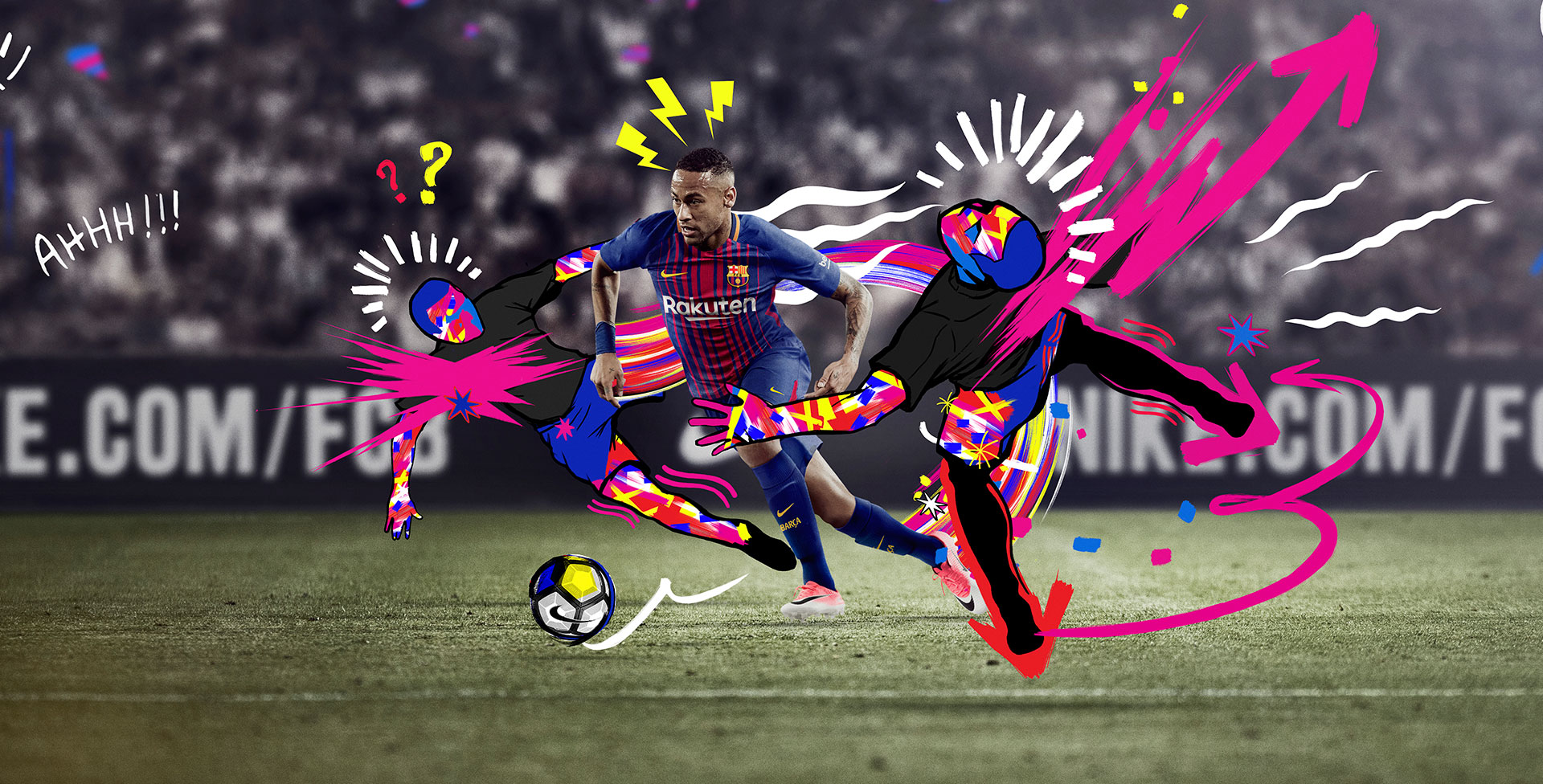 The 2016/2017 season was probably not been the most memorable for FC Barcelona. Today, Nike reveal one of the most anticipated releases for next season: FC Barcelona's new home-shirt 2017/18.

The Barcelona 2017/18 shirt is once again designed by Nike, just like it has been for the past 20 years. The shirt, however, is redesigned every year, and this year Nike have made a bold and brand new move with FC Barcelona's home shirt.
In contrast to the last 4 years, Qatar Airways are no longer Barcelona's shirt sponsor. They have been replaced by Japanese Rakuten who have bought the expensive spot on the shirt for the next 4 years.

The design of the shirt is far from that of any other Barcelona shirt. The red and blue colours remain, but Nike have changed them for this year's model. This has resulted in darker shades of red and blue than on the 2016/17 shirt. The new shirt also features completely re-designed stripes. The wide dominant stripes have been replaced by a much thinner, fading design.
Unicef still have their spot on the lower back, and the Catalan flag can still be found on the upper back. This year, the flag is integrated on to the neck in a discrete way.