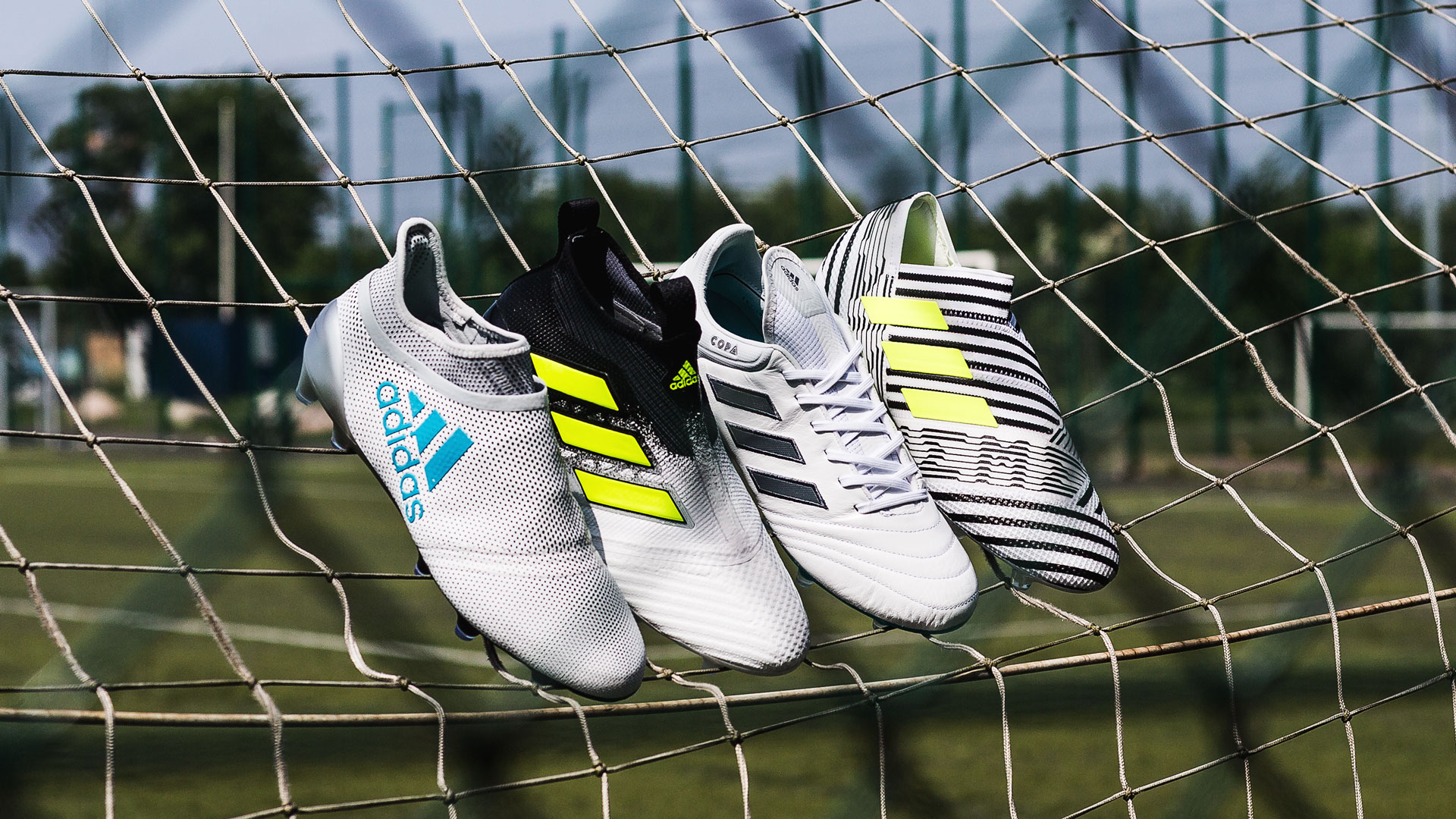 Two massive weeks of cup finals are drawing to an end, but the biggest spectacle of them all still remains. Ahead of the Champions League final, adidas release their Dust Storm Pack. Get to know the new colourways and the brand new X 17+ PureSpeed here.

Looking set to be worn this Saturday in Cardiff, when Juventus and Real Madrid clash in the Champions League final, adidas have introduced their Dust Storm Pack. Joining the all-new Nemeziz silo, we now get to see a new set of colourways for the Copa and ACE, as well as a completely new technological design for the X silo.

You can order the adidas ACE, X 17+ PureSpeed, Copa and adidas Nemeziz already now. Find them on unisportstore.com right here.

The time for the 2016 version of the adidas X to get an update for 2017 is now. A new name and a completely new upper has come the way of adidas’ X collection, but it is definitely still made for fast-paced and chaotic forwards. The upper is still made from TechFit Compression material underneath, but has now been given a Speedskin outer texture. On top of it looking super striking, the perforated upper creates increased friction with the ball, so you have increased feel for the ball, especially at high speed.

Apart from the new upper, the change from X 16 to X 17 is very small, as adidas have focused all their innovation on the Nemeziz that was launched on its own last Friday. This means you still get the aggressive Sprintframe sole with the equally powerful traction studs, as well as the NSG technology for grip in the rain and the Midcut construction around the heel for more lockdown. One new twist on the adidas X 17+ PureSpeed is the visuals of the soleplate, which has been given a more matt look. It doesn’t sound like much, but it actually looks sick on foot and although it may change on future colourways I’m a fan already!

It’s a total overhaul of designs and colours for the Champions League final and as some of you have maybe already seen on some Real and Juve player’s social media channels this last week, they are already training in them. In a game like this they need boots that are completely adapted to your foot and I’m sure if it means their player scoring the winning goal, adidas don’t mind their players giving us all an early look at the colourways, before they are officially launched. Now you can get an even closer look at the designs from our photographers, who have put them under their lenses.

You can order the adidas ACE, X 17+ PureSpeed, Copa and adidas Nemeziz already now. Find them on unisportstore.com right here.