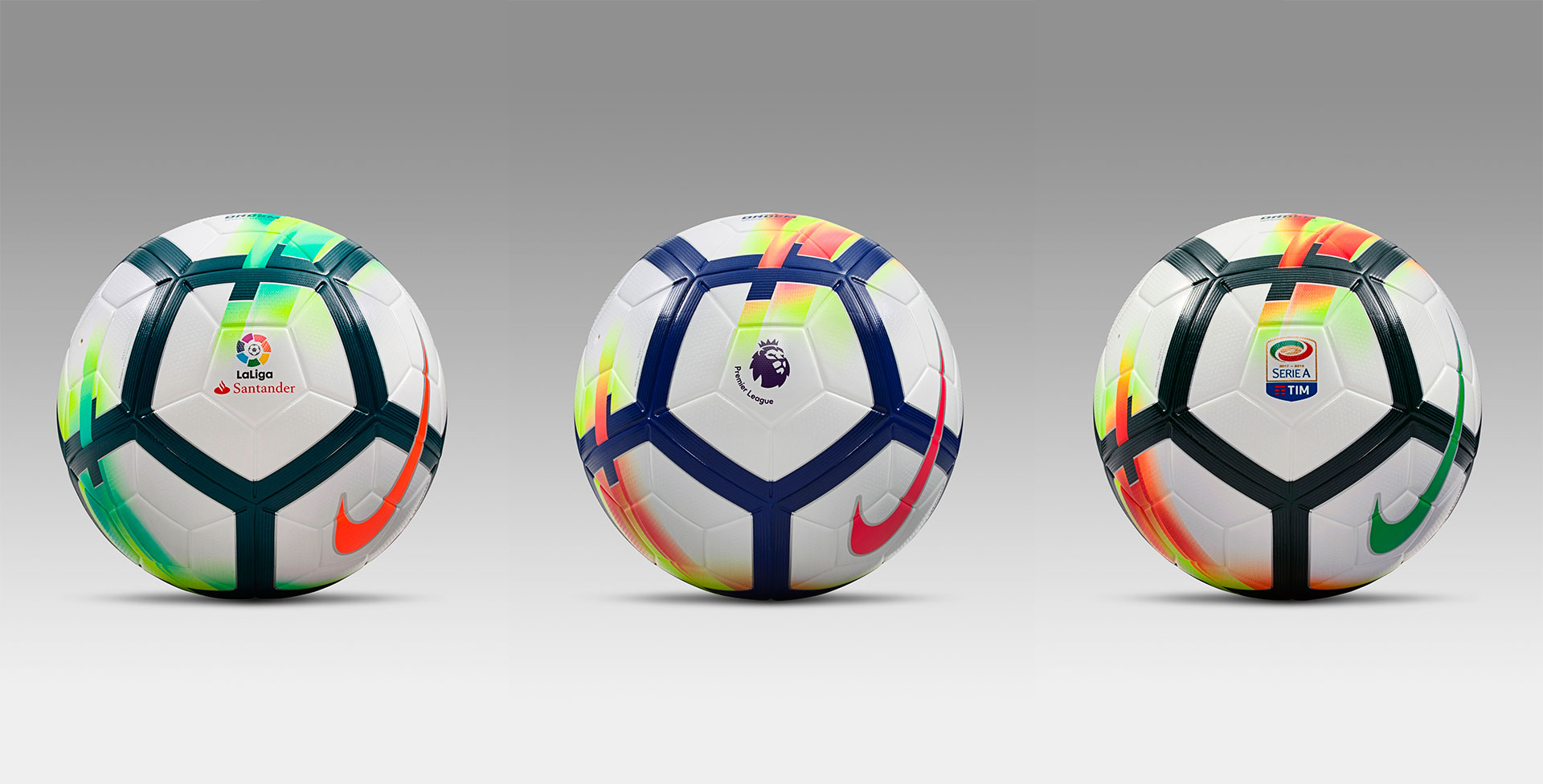 The 2016-17 season has only just ended, but Nike are already rolling in their lineup for next year. Two purely visual updates have come the way of the Premier League and Serie A official match balls.

The Nike Ordem 4 football is the Nike topmodel ball and is used in some of the world’s biggest leagues and tournaments, including the La Liga, FA Cup, Turkish League, Premier League and Serie A. The last two on that extremely high-profile list have today been given their new look and the rest will definitely follow later this summer. Featuring less colour and more white than last season, it seems Nike have toned things down a bit, while still keeping the visual features that are so important to a ball's performance.

The performance aspect of the Ordem 4 footballs visual design is the “Visual Power Graphic”, which is the colouring and pattern used on the ball. It makes the ball more visible and your reactions faster, because when the ball moves through the air the path is easier to track. Players at the very highest level of the game swear by the design and that is why Nike have once again chosen the Ordem design to base their Premier League official match ball and Serie A official match ball on.

You can get both the Premier League & Serie 2017/18 official match ball right here, right now!