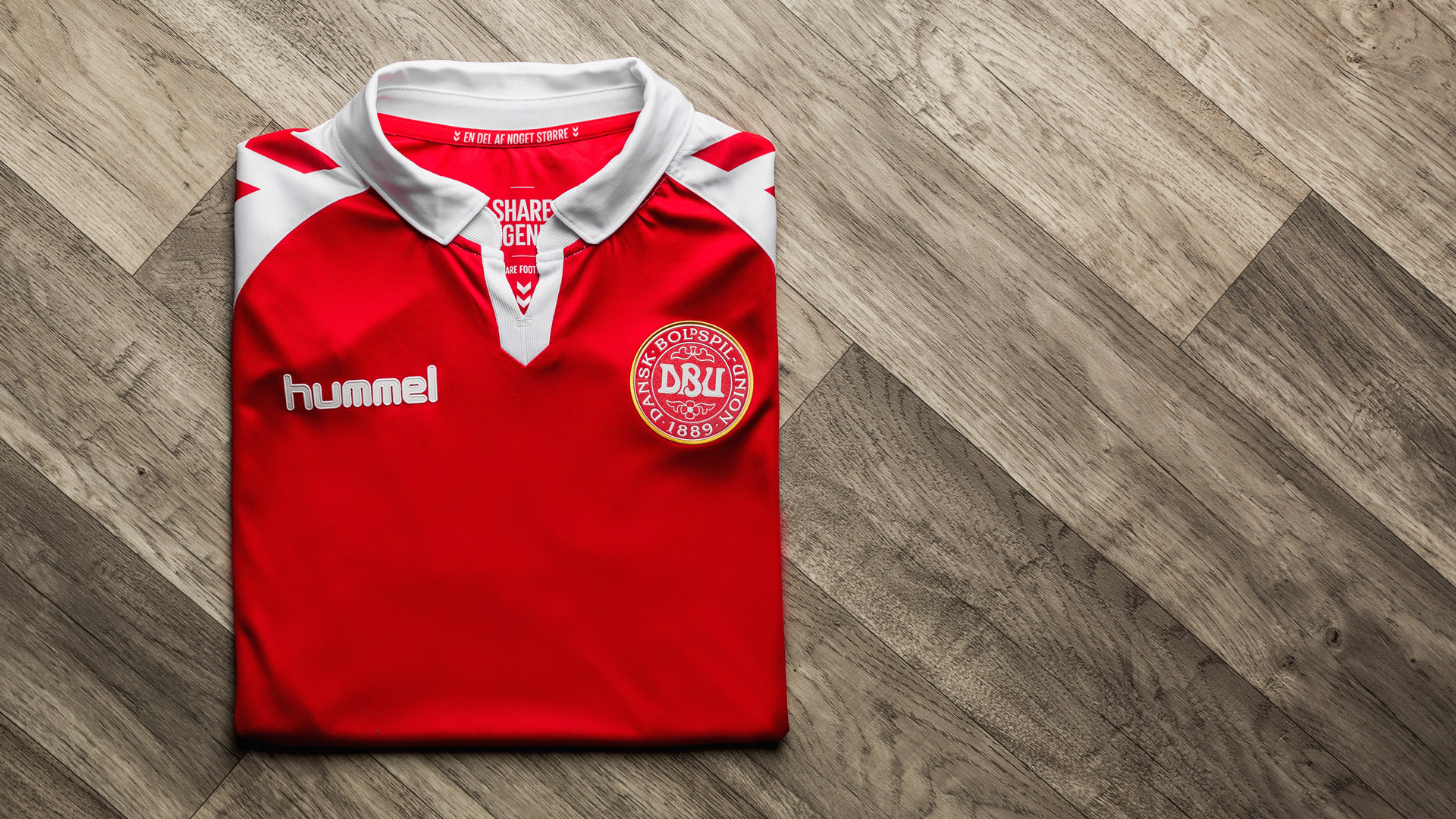 Tonight Denmark and Germany face off in Brøndby to mark the 25th anniversary for the Danish victory in the UEFA Euro 1992. In this ocassion, Hummel has launched a new, unique version of the Danish national kit from the finals.

June 26th 1992 is a very special day for many Danish football fans. Denmark made the impossible possible and became the European Champions after a 2-0 victory over Germany. The biggest day in Danish football was forever in the history books, and history was written by John 'Faxe' Jensen, Kim Vilfort and co. in one of the most iconic Danish national shirts from Hummel.

Now Hummel has released a limitid edition 2.0 version of the 1992 Denmark shirt specially made for the friendly tonight - and the result is just spot on.

The anniversary kit is without doubt inspired by the '92 version, and common for both are the recognizable red main colour and Hummel arrows plus the white shoulders and collar that are the first things that catches the eye.

The biggest changes from the 25 year old shirt are the white v-neck and the DBU logo on the left side of the chest - a logo that stands out from the former national kits with a golden outline reffering to the gold medal in '92.

The sleeves on the 2017 version have also got a new look where the white stribes from the '92 kit have been removed and replaced by the red main colour with a small neat white stribe on the edge. Moreover, the 25th anniversary is also marked on the right sleeve on Hummel's new version.

One of the coolest details on the anniversary shirt is the player number on the front and back. The number is made by the names of coach Richard Møller Nielsen and all the players, who won the gold for Denmark. This is a detail that gives an awesome visual effect and a unique look, and at the same time it celebrates the Danish legends from the European Championship in Sweden.

And it is, without surprise, the celebration of the heroes from '92 that is Hummel's focus on the updated version. On the inside of the neck, it says 'Share Legends' under 'En Del af Noget Større' (A Part of Something Bigger) to focus on and make a tribute to Peter Schmeichel, Brian Laudrup and the rest of the Euro '92 squad. Another detail is the red trophy on the inside of the collar's neck that, like most of the details, reffers to the triumph 25 years ago.

All in all, Hummel has redesigned an iconic national kit, and this is done brilliantly. With the anniversary kit, Hummel has given the orignial shirt a modernised make over, and at the same time the Danish brand has managed to maintain the spirit from the magical summer in '92.

So get your own version of the limited unique Danish national kit and support Denmark's former and present heroes tonight, where the Germans once again are going to suffer a defeat to the boys in red and white.

Pre-order your own Denmark shirt here. Please note that it's not possible to order the print shown on the pictures. Instead, you will get a print that looks like the original print from 1992.