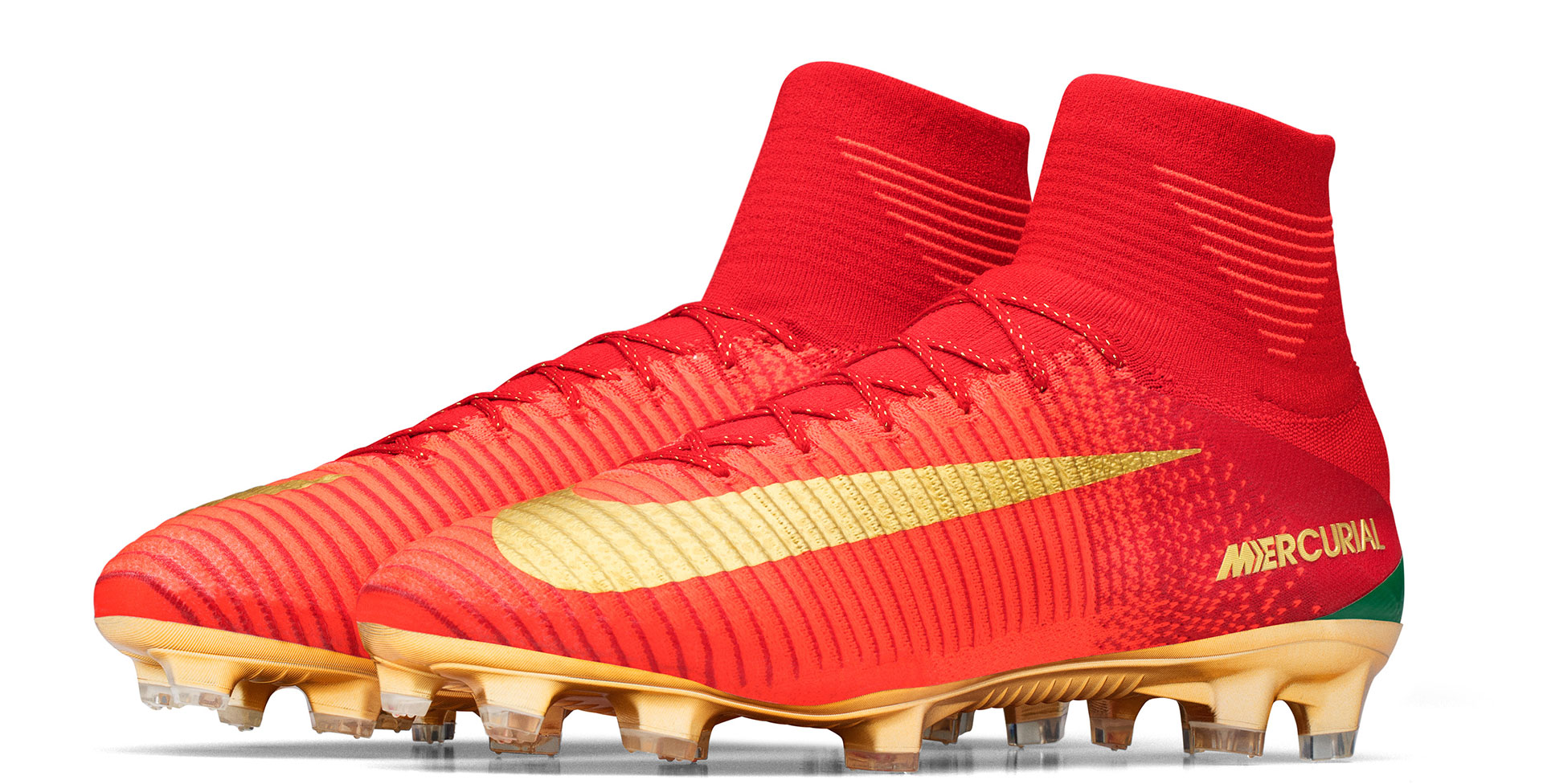 Nike celebrates Cristiano Ronaldo's accomplishments with style: A red and golden beauty, called the CR7 Mercurial Campeões, will be worn by Ronaldo during the Confederations Cup. And it's no less than absolutely stunning.

Coming off an impressive season with La Liga and UEFA Champions League success, Cristiano Ronaldo looks to continue his impressive run as he captains the Portugal National Team in this summer's FIFA Confederations Cup.

Months ago, Nike unveiled the Chapter 4 of their special seven-part series of boot collections dedicated to Ronaldo, and now the American brand is ready with a new boot for the Portuguese superstar.

In celebration of Portugal's Euro 2016 championship, Ronaldo will take to the pitch in special boots designed just for him, the CR7 Mercurial Campeões. The boots feature Portugal's team colors, the flag and emblem of Portugal, and a jaw-dropping golden soleplate.

At Unisport HQ we're going crazy about these, but unfortunately, unless your name is Cristiano Ronaldo, you're not getting your hands on or feet in these boots. They were created specifically for the world's best player, so they are not going to be available at retail.

Even though you can't get the Nike CR7 Mercurial Campeões, we have other CR7 boots available for you right here.