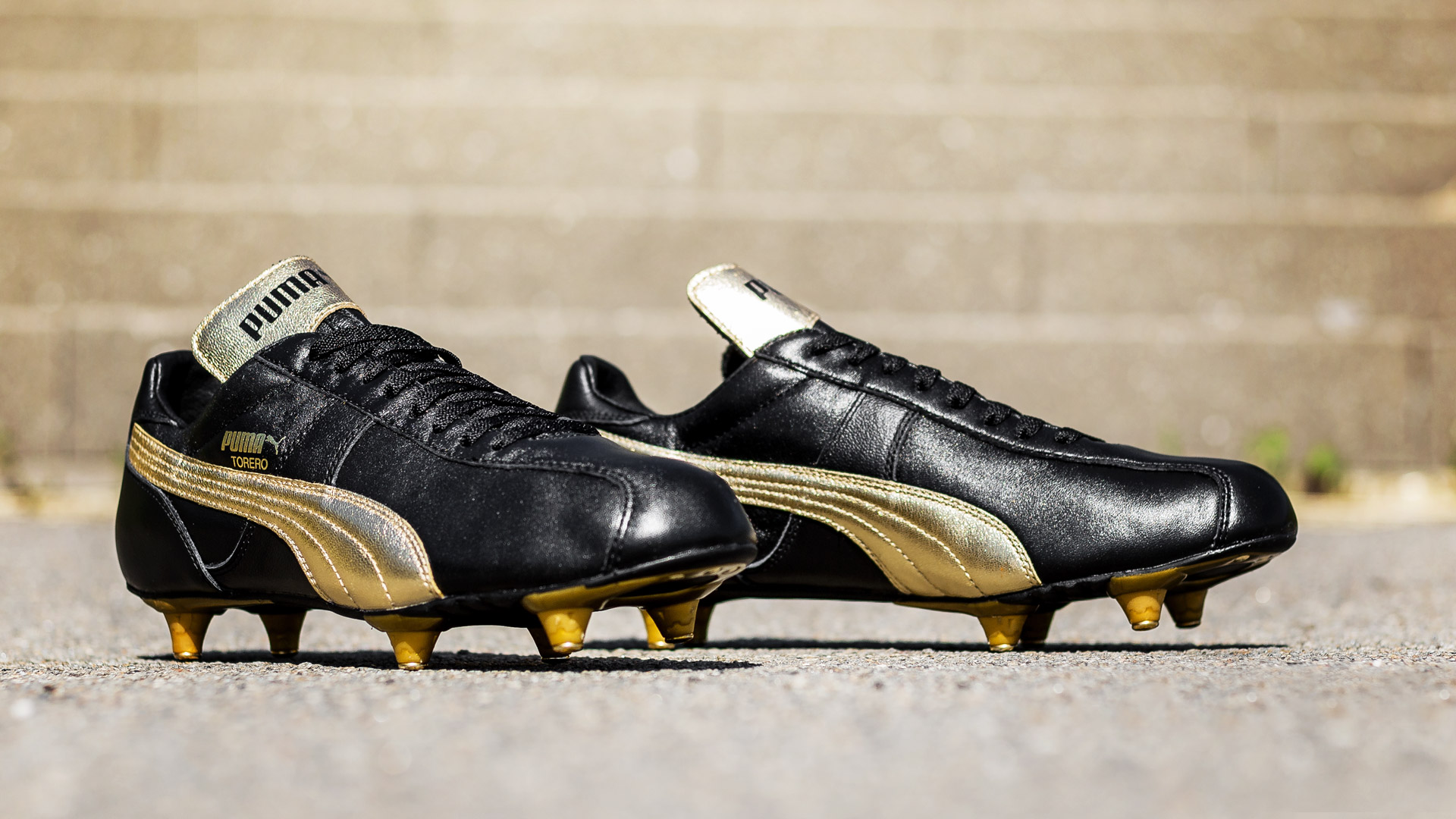 “Old, but gold.” It may be the most annoyingly overused caption on Instagram, but it is also the best possible way to describe the PUMA King. PUMA now bring back the glorious King Torero model in a gold-clad colourway.

The PUMA King Torero can only be described as an icon of the eighties. Worn on the feet of players like Diego Maradona, the luxurious leather football boots will forever stand the test of time. This is especially the case in terms of visual expression, where the aesthetics are just as revered now as they were in 1982. Today, PUMA have released a special edition of the King Torero, which celebrates the boots 35th anniversary in golden fashion and with limited stock numbers worldwide.

The fine leather upper is still the same, as it was 35 years ago, but PUMA have mixed things up a little bit on the soleplate, where they have incorporated their DuoFlex outsole. In fairness it’s not much, but still enough for this boot not to be a 1:1 remake. The upgraded soleplate also means that this boot is a lot better suited for playing, even if the designers behind it probably saw this more as a collectable. If you want to use these in action, then they will perform.