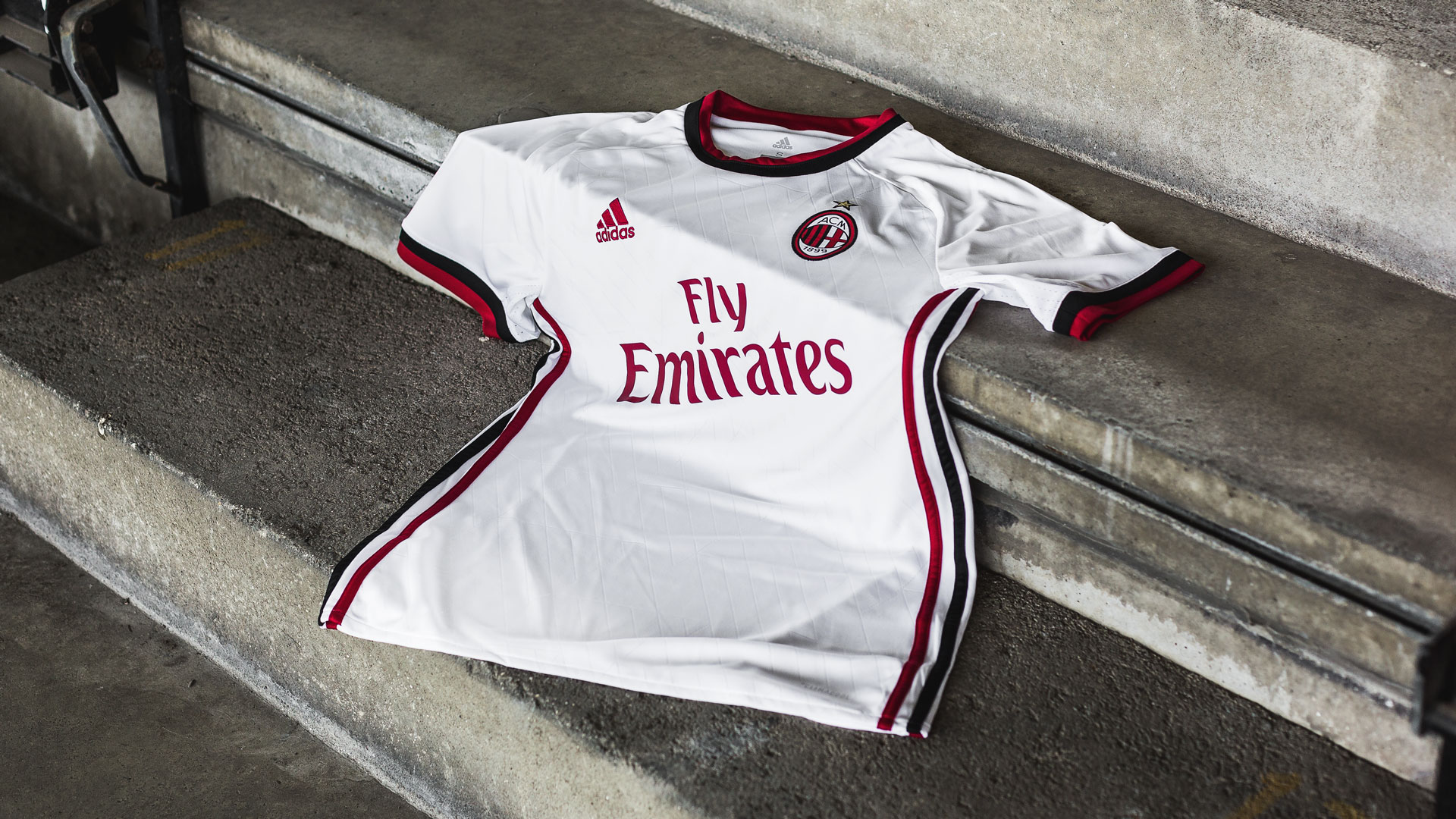 adidas and AC Milan today revealed a bold new design for the club’s 2017/18 season away shirt. The kit celebrates the past and present of a football icon, with a new retro graphic design created to match contemporary street style.

The greatness of the early 90’s and the 00’s has been put on standby the last years. AC Milan has not participated in any European tournaments since the 2013/14 season. An unusual situation for the Italian giant who has won the biggest European Cup seven times. But in the 2017/18 season AC Milan are back under foreign skies. For the first time since the UEFA Cup in 2008/09, Rossoneri will participate in UEFA’s second finest company: the UEFA Europa League.

It’s the end the Berlusconi era and the beginning of a new AC Milan project, and the club has already brought a lot of new faces to the squad before the transfer window has even opened. And now adidas has provided AC Milan with something new as well; the 2017/18 away kit.

The new AC Milan away shirt retains the style DNA of the club while integrating a modern trend in a retro graphic design. For the kit, adidas designed a graphic pattern to bridge the gap between the past and the present. The zigzag graphic is built around a recurring “M” logo. The logo is inspired by a red and black "M" taken from an AC Milan document from which the club approved a logo for the shirts for the 1982/83 and 1983/84 seasons. This logo has been reimagined for use in the pattern.

While innovating on style, the new away kits nods to the dominant history of AC Milan. The white shirt features two-tone red and black stripes, famously seen in the UEFA Champions League winning shirts of 2002/03 and 2006/07. The design of the collar and cuffs also pays homage to the 1966/67 kit.

If you want to show your support for the new AC Milan project, you can get both the home and the away shirt right here.