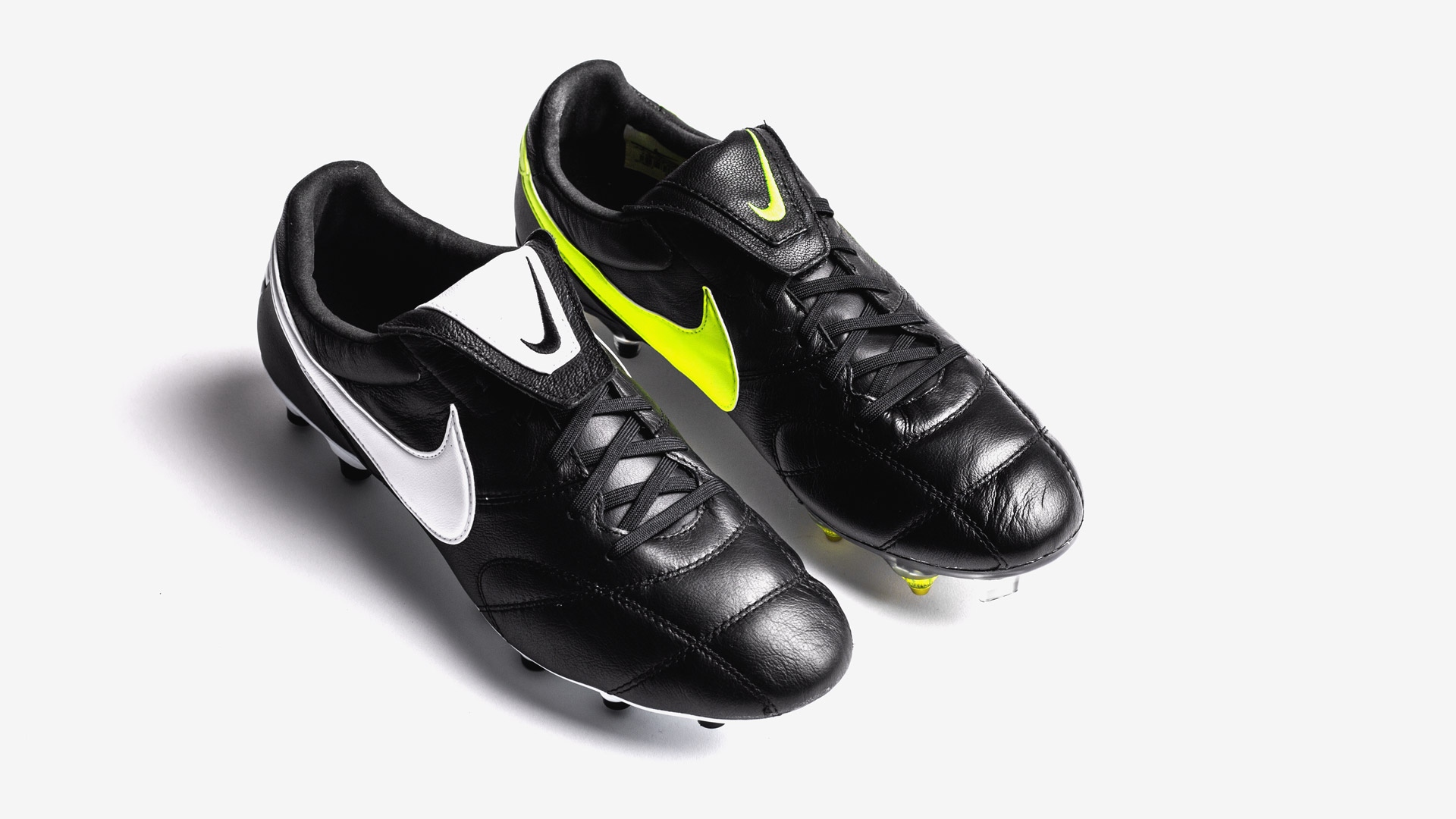 It’s incredible to think the Nike Premier is already four years old, because not once has it ever felt outdated. Nike have however still found some areas to enhance and therefore now present the Premier 2.0, as well as a unique Anti-Clog version.

Last week Nike premiered their new generation of Tiempo, which may very well have been what sparked the idea to also give the ultra-popular Premier football boot an update too. It’s dangerous business to meddle too much with a classic like the Premier, but thankfully Nike haven’t changed too many things. If you’re one of the many die-hard fans of the boot, then stepping into the 2.0 won’t be a radically different experience.

There are a few notable changes though, with the classic fold-over tongue definitely being the most eye-catching. Carried over from the legendary Air Zoom Legend II boots, it was the perfect way to take the black and white design to a whole new level and combined with the big NIKE block writing across the heel the throwback vibes reach peak levels. Other smaller tweaks include new stitching on the forefoot, as well as a wider lace area for a better and smoother fit.

Read about the Anti-Clog Premier below.

While the black and white Nike Premier 2.0 colourway appeared on quite a few sites earlier this week, including ours, the Anti-Clog version comes as an added bonus today that has gone under the radar. The Anti-Clog technology has until now been sold at a very high price, because the technology was very expensive to develop and produce. Most of the Anti-Clog boots cost above 300 euro, which left them out of reach for most everyday ballers, but this Premier is a lot more accessible, with a price tag less than half of that.

In short, what the Anti-Clog technology does is ensure your boots never get clogged up by mud. The innovation simply deals with one of the biggest problems in football history by creating a chemical reaction to water that repels mud and stops things from sticking to your sole. Since this only encountered on wet grass pitches, the Anti-Clog boots are all SG models (Soft ground, metal studs).