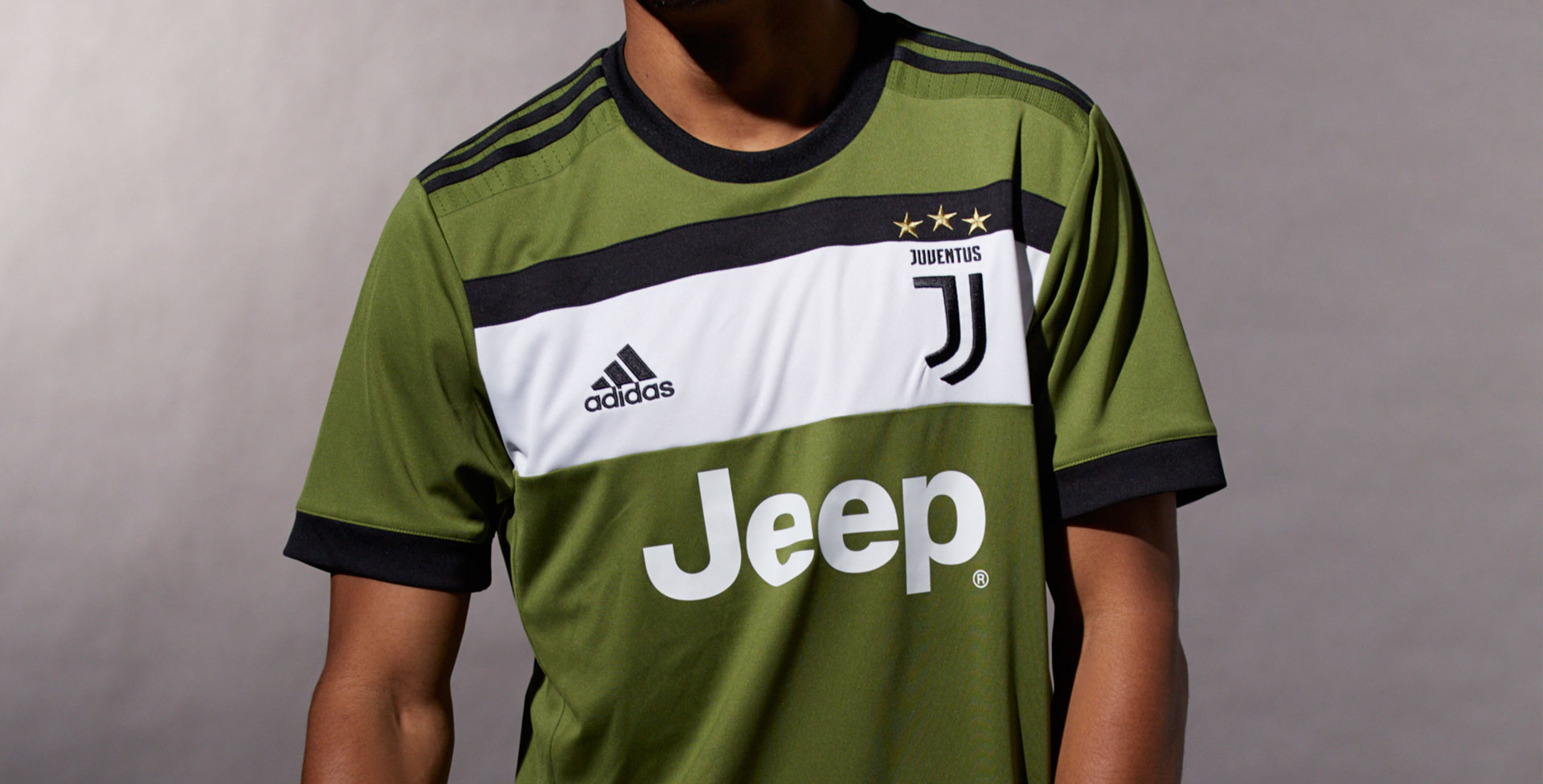 Just like the other big club adidas third kits, the Juventus third shirt 2017/18 is based on a fan design. And it’s one of the neatest of its kind, so sit tight and enjoy this beauty.

Juventus have dominated the Italian league the past six seasons, and they look to do continue doing this in the future. First things first, the club from Torino will wear the 2017/18 third shirt from adidas in the pursuit of the record seventh straight Scudetto. And it’s a shirt inspired by a fan design!

Inspired by the green shirt worn in the late 1940s until the early 1950s, the Juventus 17/18 third kit is 'Craft Green' with black logos and a black and white horizontal chest stripe. The new Bianconeri third shirt does not only pay tribute to the past, it also features the club’s new logo and brand identity: ‘Black and White and More’. The distinctive J logo reflects a modern and forward-thinking approach and the start of a new era for one of the world’s most successful clubs.

If you also think the new Juventus third kit is cool, you can get it right here.