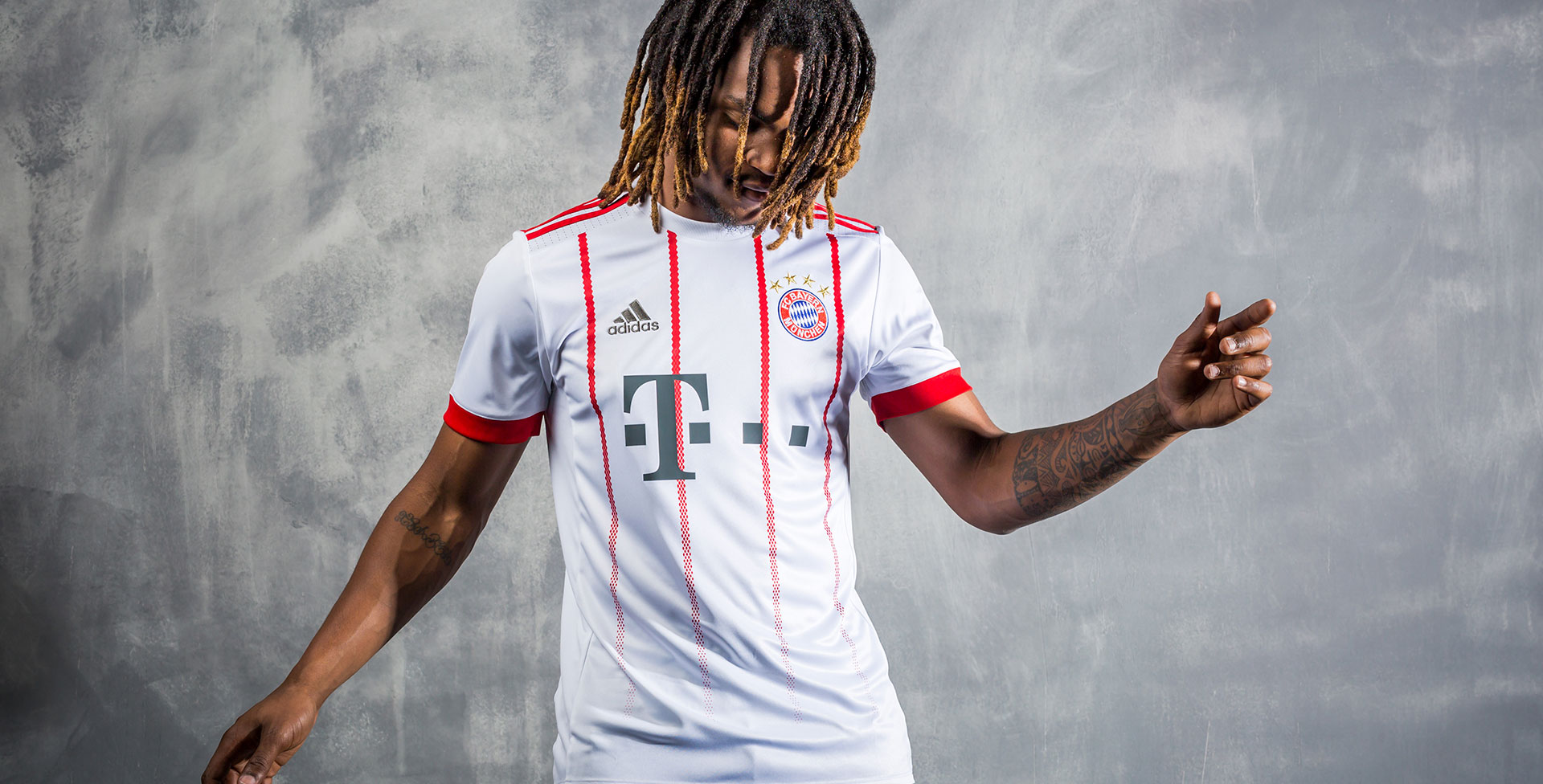 Where to begin? FC Bayern Munich and adidas may already have given us the two best kits of the season. And now they’re spoiling us once again. The Bayern third kit is so clean, and it’s even based on a fan design. We’re feeling blessed!

In recent years, Bayern Munich has been a very powerful force in both the German and European football. And with the addition of Colombian star James Rodriguez, the German giants are eager to win the Bundesliga again and to go for the Champions League trophy. For this season’s goals, adidas has provided Bayern with some gorgeous shirts, and the third kit is not an exception. 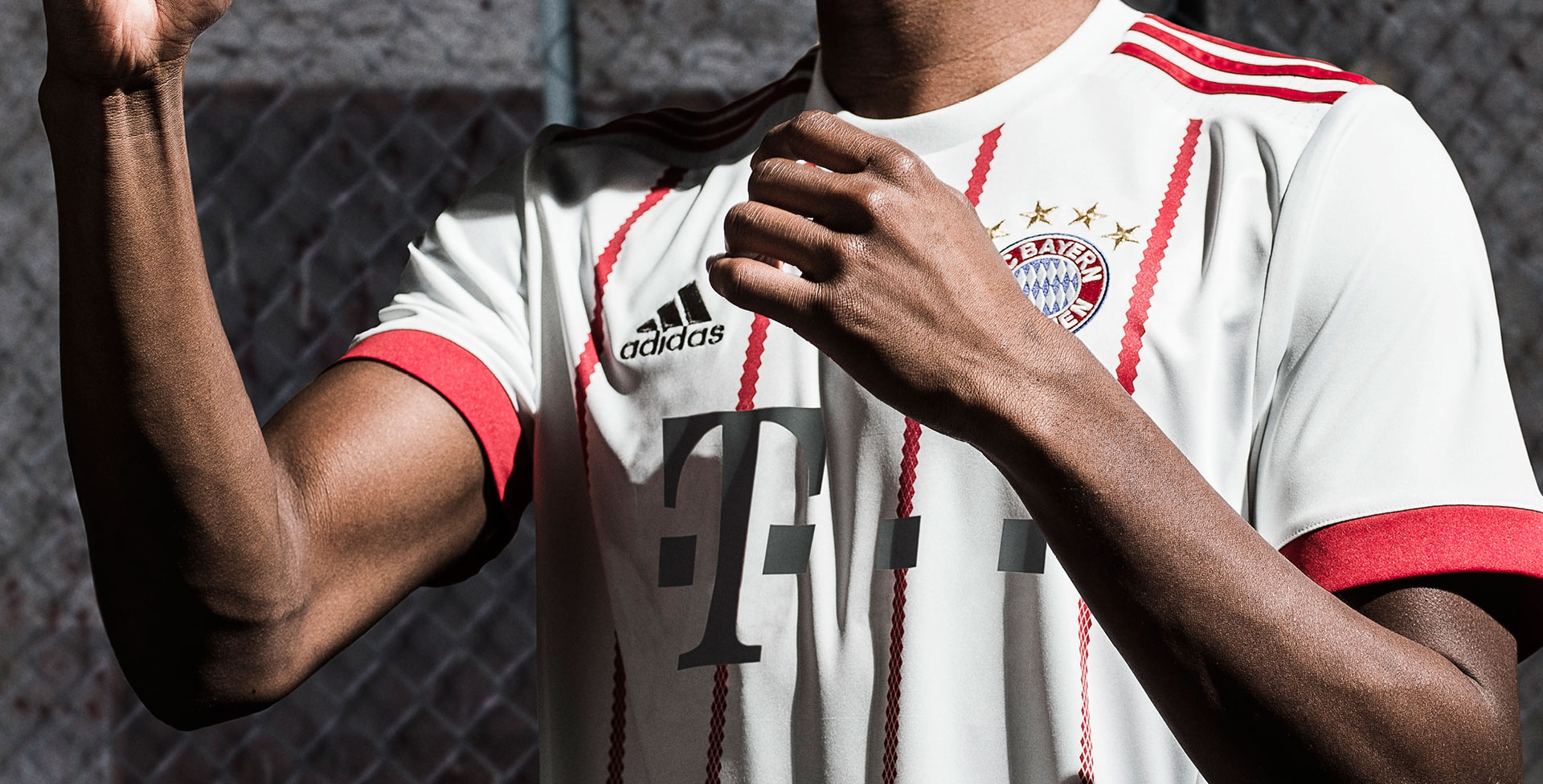 The Bayern Munich 2017/18 third shirt is predominantly off-white with a set of fading red pinstripes on the front. Red adidas stripes and sleeve cuffs, as well as dark grey sponsor logos in the same color on the front finish off the design of the kit. One of the best details on the shirt is the the fading stripes on the front that consist of small zig-zag points, as seen in the club logo. All in all, this kit is a masterpiece, and it may be an understatement to say that all Bayern fans must be satisfied with this season’s three shirts!

Are you also crazy about the new Bayern Munich third kit? And do you want to support the club? Then get your Bayern shirt right here.