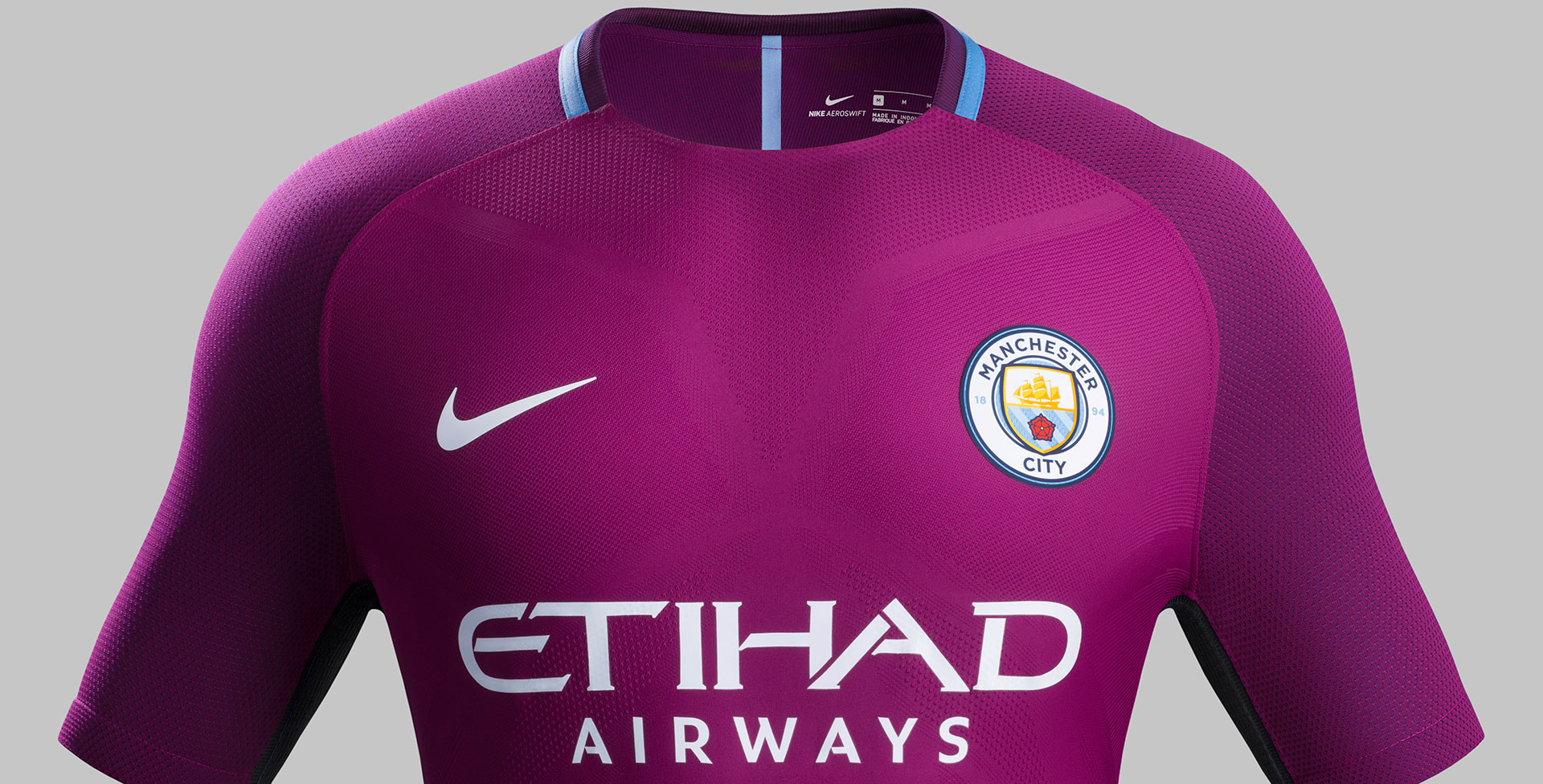 Once again Nike has supplied Manchester City players and fans with some clean kits. This time in a stunning claret colour with some nice blue details.

Last season Manchester City crucially secured Champions League football, which is absolutely essential to their continued progression and ability to attract new players from the upper echelons of world football. Bernardo Silva, Ederson, Kyle Walker, Danilo and Benjamin Mendy have already been signed, and they will be wearing this new cool Manchester City away outfit the coming season.

You can get the new Manchester City away shirt right here from July 27.