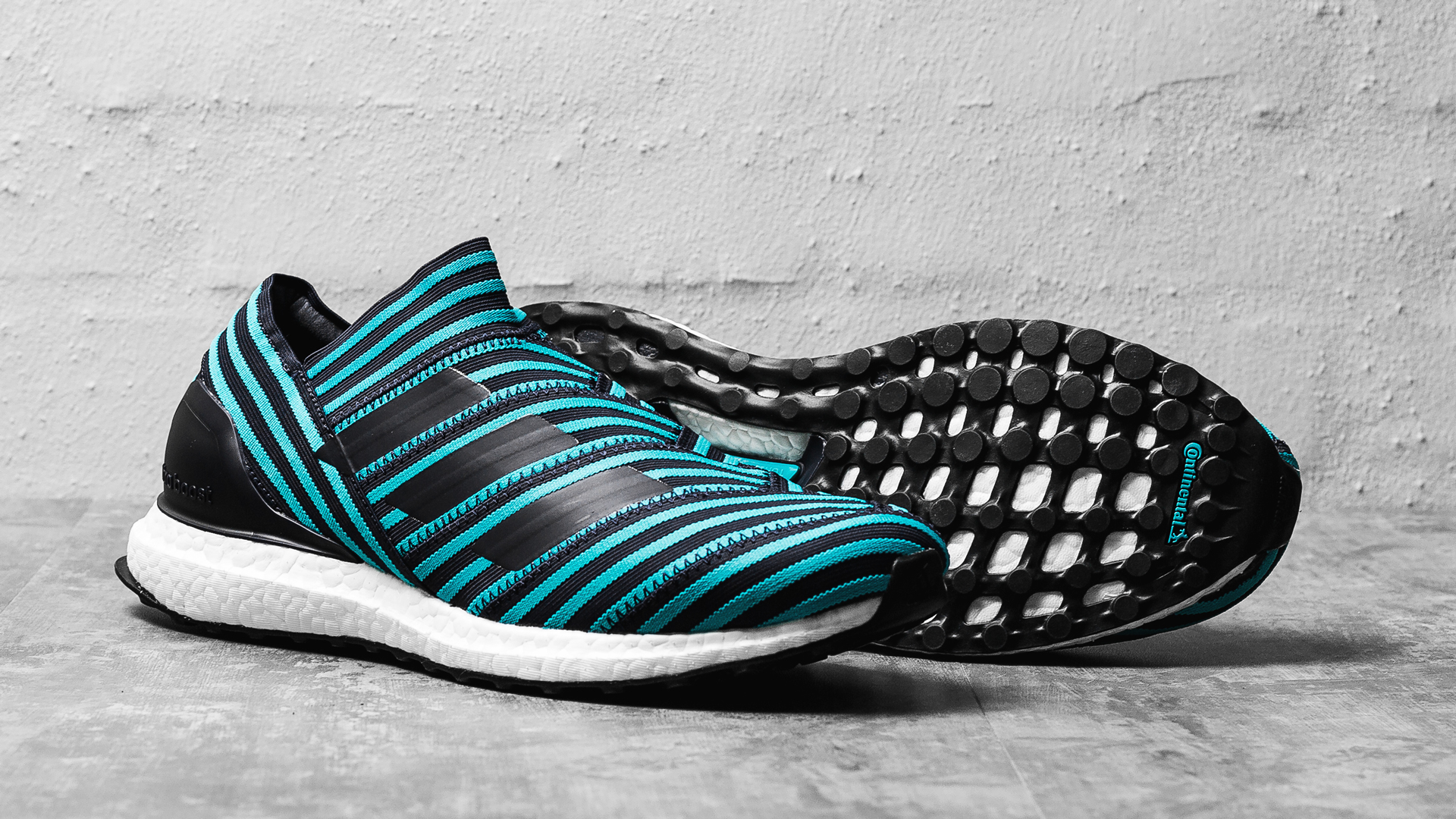 These days, the worlds of sneakers and football boots are perfectly intertwined, with both having a great influence on the products introduced in each category. No better example exists of this than the adidas football and lifestyle hybrid, Nemeziz 17+ UltraBOOST. Meet the “Ocean Storm” colourway here.

Throughout the last two years, adidas have been forging epic street style creations to accompany every new football boot launch, so players can wear the boots they love paired with adidas’ ultra popular Boost sole. Before the adidas Nemeziz football boot silo, we had already seen the UltraBOOST midsole introduced to the ACE 16+ PureControl and Copa 17.1 silhouettes, but following with this summer’s launch, the agility boot now takes centre stage.

The adidas NEMEZIZ 17+ UltraBOOST “Ocean Storm” takes the AgilityBandage upper, which is constructed from one single piece of stretchable bandage and drop it onto the infamous UltraBOOST midsole and heel counter. The match is as perfect as ever and is only improved by the black and blue “Ocean Storm” colourway, which contrasts the white Boost well.

The adidas NEMEZIZ 17+ UltraBOOST will be a part of the Limited Collection and as a result drop in restricted numbers worldwide. They are already available exclusively early for pre-order today on our site and will be shipped tomorrow. They will also be made available in our flagship store tomorrow, so if you’re in Copenhagen that is definitely the place to maximise your chance of picking a pair up.