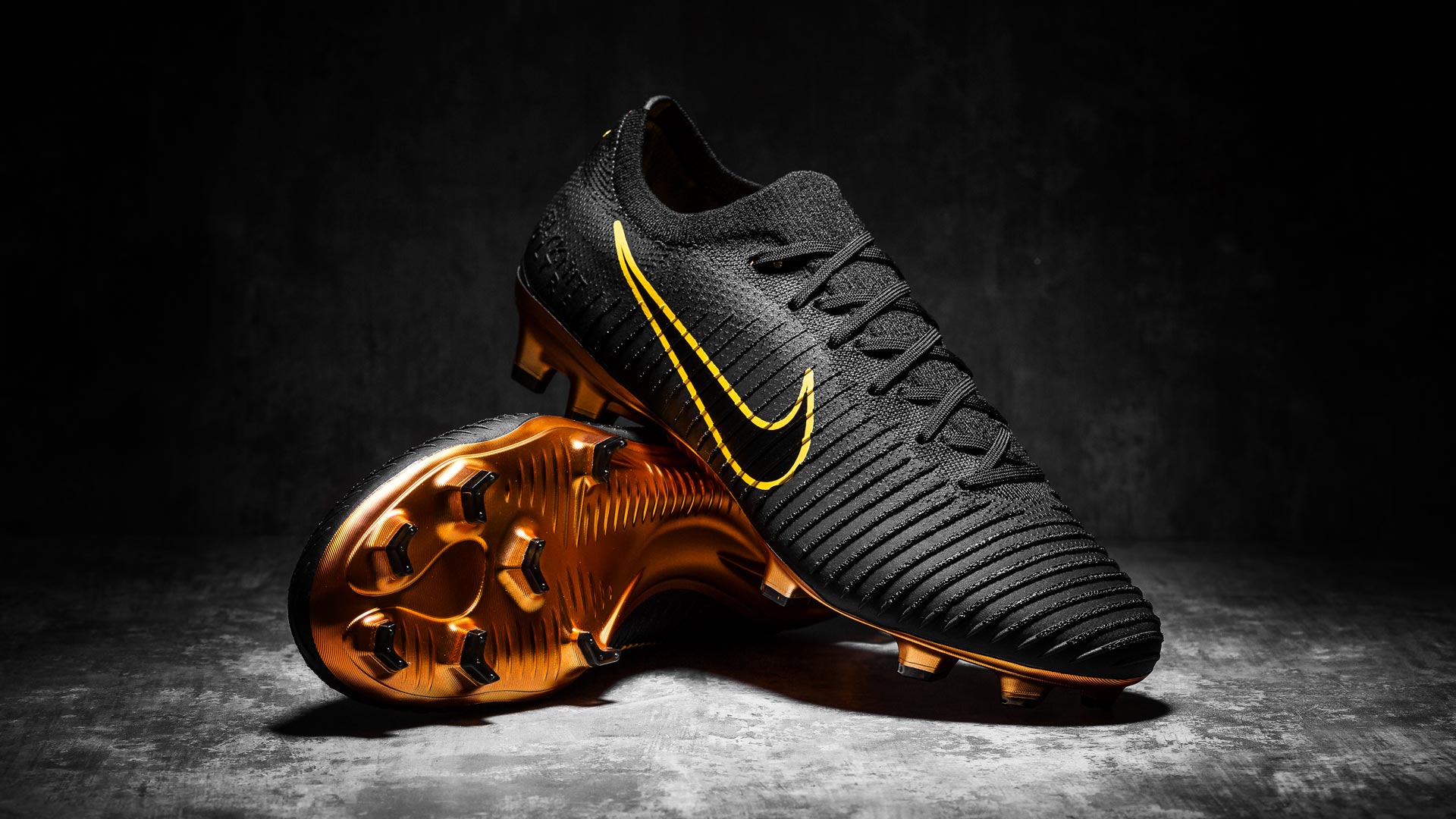 The best kept secret from any football brand for a long time, which may very well be giving us a look into the future. Meet the brand new Nike Flyknit Ultra football boots that takes woven boots to a completely new level.

In the past, Nike have released unique boots that give us a preview of what is to come in the future. With these launches they reveal enough that people get very excited, but never so much that you can ever hope to guess exactly what they are planning. With the World Cup being less than a year away and it having been a very long time since Nike completely flipped the script with their football boots, I think this very Limited Edition Flyknit Ultra release could be an early look at what is in store for us next spring. Performance is always what Nike think of first and foremost in their designs, so this boot could very well be a show of innovation strength.

The new Nike Flyknit Ultra is made as a part of the Mercurial collection and if you were to look at our images in the gallery below and think this new boot is really just low-cut Superfly or Flyknit Vapor, then I honestly wouldn’t blame you. You would be wrong, but I wouldn’t blame you. A lot has happened under the hood and tech-wise the construction is fairly unlike the Mercurial boots we know today. Don’t think of it as a Mercurial and don’t think of it as a new collection, instead see it as an interesting look at what is to come for the Mercurial boots down the line. Join us here, as we talk you through the new boots, which Nike have created in Limited Numbers at their Montebeluna factory in Italy.

You can try your best to secure a pair of the Nike Flyknit Ultra football boots on the 7th of September. Sign up here and maximise your chances. Be ready at 9 AM CEST this Thursday.

With a name like “Flyknit Ultra” I guess there is no reason for me to tell you what material the boot’s upper is made of, because they are, of course, constructed from a single-piece of woven Nike Flyknit. The boot is based on the Mercurial last and features Flywire for increased lockdown. Again, I understand if you think this makes the Flyknit Ultra sound a lot like a Superfly that has had its Dynamic Fit Collar chopped off, but bear with me, because you only need to feel the upper once to understand that this is something completely different.

The Flyknit used on the Flyknit Ultra has been woven much, much tighter than previously and this has made a big difference to the way it feels. The new boot feels far softer, but still fits much snugger and this has in turn allowed Nike to make the upper much thinner. The improved knit is obviously a great upgrade; but it is still not the highlight of the upper.

The aspect that Nike have really made some serious changes to is the silicone coating that Nike apply to all their knitted football boots. On the Mercurial Superfly this silicone coating covers the whole upper except for the tongue, but on the Flyknit Ultra, Nike have added this coating in a more gradual shift. This means the knit is much stiffer and more supportive closer to the soleplate, but as you move further up the upper the material is coated with a gradually thinner and thinner layer for more flexibility.

Lastly, another feature that involves the silicone coating and which also sets the Flyknit upper apart from the Superfly we know, are the SpeedRibs. This is actually not confirmed yet, but we have heard rumours that on some parts of the Flyknit Ultra, the warns are treated before they are knitted together, which allows Nike to leave the SpeedRibs exposed rather than covered by the coating. The process makes the debossed SpeedRibs much rougher, which in turn means they provide more grip on the ball. Like I said, this is not quite confirmed yet, but something has definitely been done differently, because as Joltter will undoubtedly mention in his Play Test (Coming soon to YouTube), the ribs feel much more textured.

To cap off the tech run-through of the Nike Flyknit Ultra football boots we have also taken a look at the soleplate, which is totally, completely and entirely identical to the one we see on the top-range Mercurial boots. No difference at all, but it does come in a chromatic colourway, which I’m sure will garner plenty of attention. Bellissimo!!

The boots will come in two different colourways, with the one you see featured in this blog post being the most limited of the two. Our photographers have already had the secondary colourway under their lenses and we will be taking a closer look at the triple black design later today too. They will be worn by Eden Hazard and Luca Modric in the forthcoming period and it will be even more interesting to see them in on-pitch action. Can’t wait!

You can try your best to secure a pair of the Nike Flyknit Ultra football boots on the 7th of September. Sign up here and maximise your chances. Be ready at 9 AM CEST this Thursday.