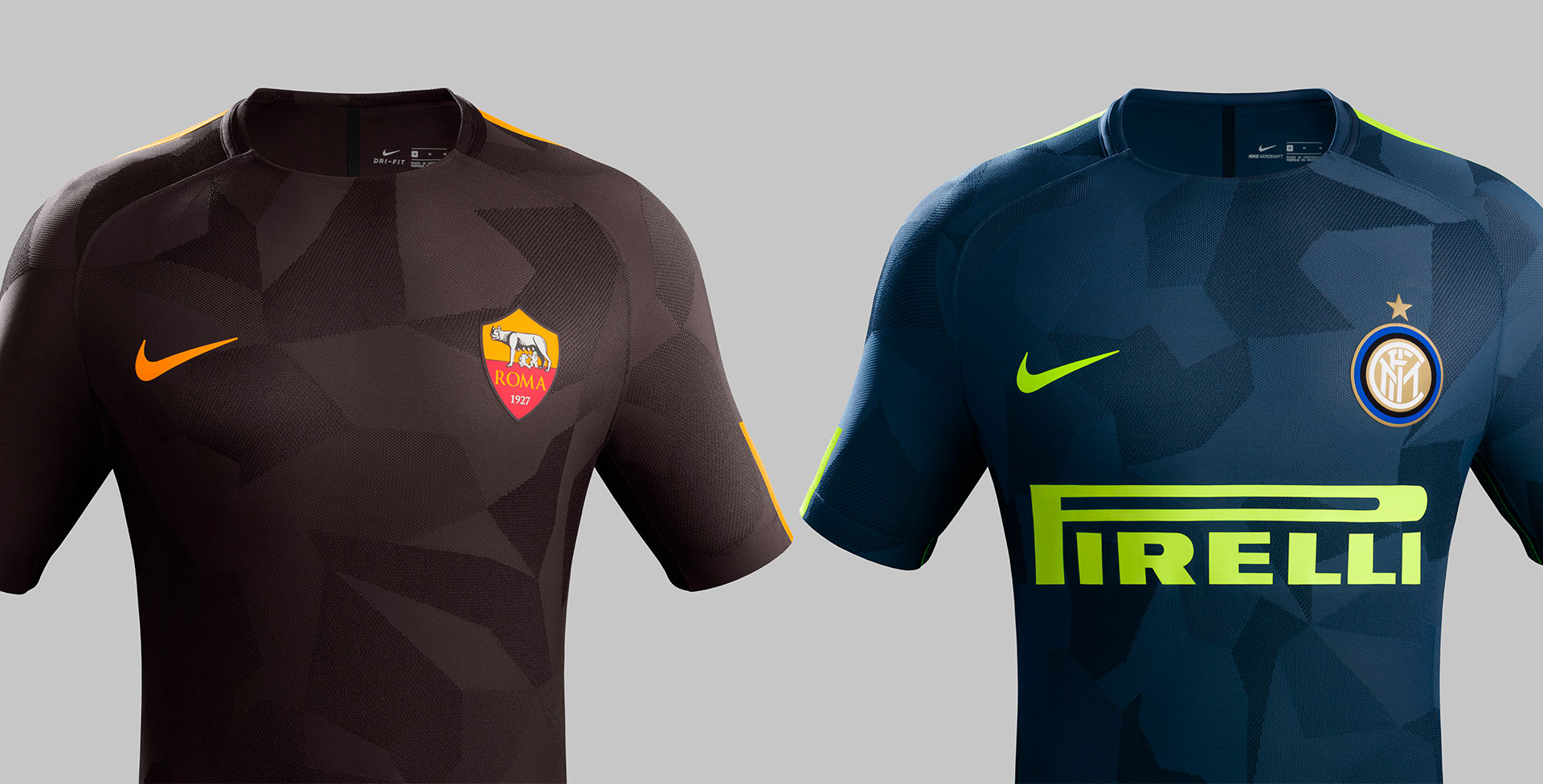 Champions League is coming up, and this means that Nike will present the brand's third shirts for the season. The guys at the Swoosh stars off with their Italian clubs and presents a beautiful camouflage design.

Both clubs' third kits are designed on Nike's camouflage template that features a camo print that will be all over the kits and shorts as well. The shirts come just in time for the Champions League, where AS Roma will be competing, and therefore the Roma 2017/18 third shirt will mainly be used on the Italians away trips in Europe. However, Roma will actually debut the shirt in Rome against Hellas Verona on September 16th before rocking it in the Champions League. As you can see on the photos, the Roma 2017/18 third kit is predominantly dark brown including the camo graphic and some neat orange details.

You can get your hands on the new AS Roma third kit right here from September 12th.

Though Inter isn't qualified for European football, the Nerazzurri is on a roll in the Serie A. Having won all three matches played yet, the former Roma coach Luciano Spalletti has gotten a perfect start. And now the Inter fans have something else to celebrate. The new Inter Milan 2017/18 third kit features an eye-catching dazzle camo in tonal shades of thunder blue. An ode to club pride, a bold “INTER” is knitted below the player numbers, which are delineated by a bright yellow and blue polka dotting, on the back. A huge step up from last seasons third kit, the new Inter third shirt is my personal favourite of the two new Nike kits. But what's yours?

If you want to support Icardi and co., you can get the Inter third shirt right here from September 12th.