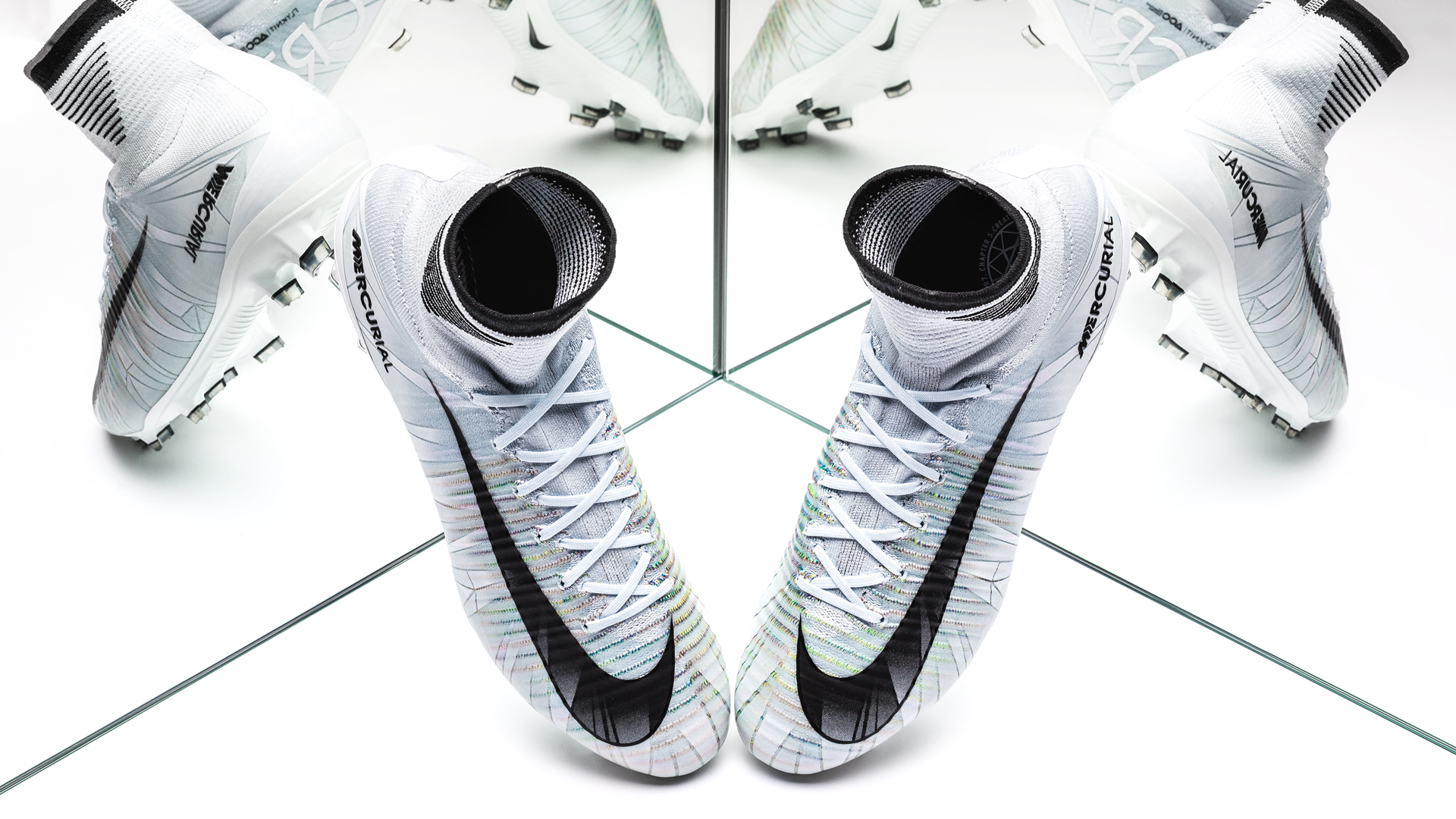 Today, Nike has launched CR7’s Chapter 5 Mercurial 'Cut to Brilliance', reflecting the period when Cristiano Ronaldo secured his transfer to Real Madrid and truly became a superstar - just like a diamond being cut to reveal its beautiful form. Explore the outstanding diamond-inspired boots below.

Good players get shaped by the game around them, great players impose their style of play and shape the game around them. Over the last three years, we've been on a journey with Nike witnessing the launches of Chapter 1-4 of the signature Mercurial boots following the biggest moments and sections of Cristiano Ronaldo's career.

The previous boots from the first four chapters of CR7's career highlighted his birth on the volcanic island of Madiera, his raw talent as a kid that landed him in an Academy, his discovery by Sir Alex Ferguson at Sporting Lisbon and the years he forged himself into one of the world's best in Manchester. And now, Nike is ready with a new chapter.

The Nike CR7 Chapter 5 Mercurial 'Cut to Brilliance' tells the story about Cristiano Ronaldo's move to Real Madrid, for what was then a world record transfer fee of €94 million, and the Portugeese becoming a true superstar. CR7 scored in his first game with the club and hasn’t stopped scoring since, becoming the fastest to score league goals at every imaginable milestone: 50, 100, 150, 200, 250 and counting. He also holds distinction as the first player to score against every team in La Liga in one season. Ronaldo's brilliance on the pitch has shone like a diamond and that became the inspiration for his Chapter 5: Cut to Brilliance boots.

When looking at these beatuies, the first thing you notice is the diamond-inspired graphic on a white base that sparkles under the lights. The upper features a multi-color knit details mimicking the multitude of colors diamonds refract. On the medial side of the boot, a textured CR7 logo provides a tactile representation of the diamond graphic while the heel counter provides a top down view of a brilliant cut diamond accompanied by the date of Ronaldo’s Madrid debut. The high heel reads “El Sueño Del Niño” (the dream of the child) as these were the words Ronaldo shared with Nike’s design team to describe how he felt about joining his new team.

"The details of the white boots — the color, the diamonds — they are beautiful, they are cool,” says Ronaldo. “I am sure 100% people are gonna like it.”

And I can't disagree with Cristiano on this one. How can you not love these? White boots in general are enough to satisfy me, but just take a moment and enjoy that diamond graphic. You don't even have to be a CR7 fan to fall in love with these. So what are you waiting for?