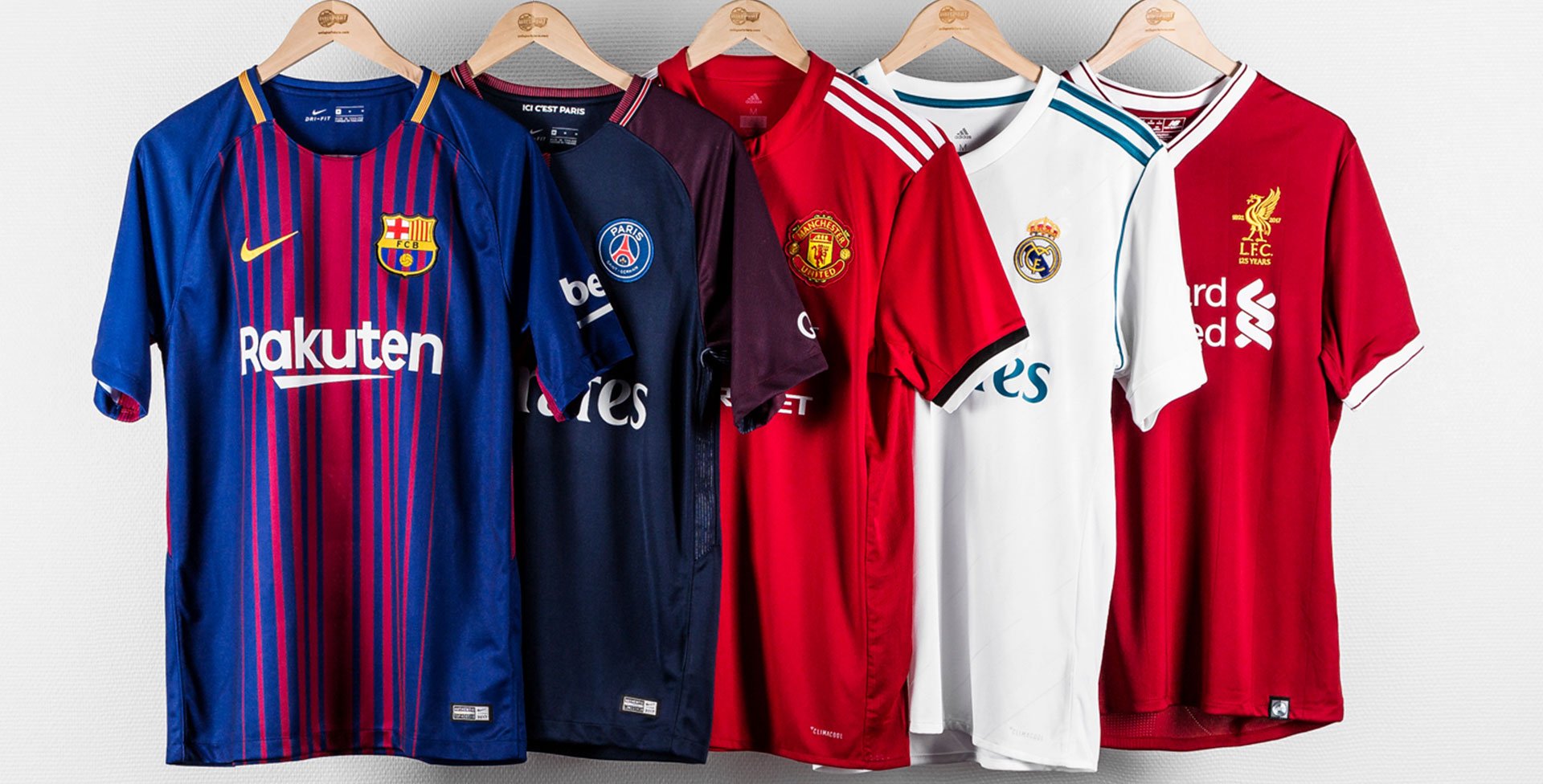 It’s almost Christmas, and that means we are halfway through the 2017/18 football season. We thought it would be fun to look at some of our numbers and show you, which is the most popular club based on football shirt sales so far this season.

We will definitely do a Most sold football shirts recap of the complete season once we reach late spring, but for now you can read along and guess which club has the most fanatic fans in terms of shirt sales. Is it Barcelona, Manchester United or someone else entirely?

I almost fell backwards seeing this, but on our international site, which ships to all corners of the world, the fifth most sold shirt is the Egypt home shirt. Fans went absolutely bonkers after Egypt qualified for their first World Cup since 1990. Add a bit of the “Mo Salah effect” to the mix and the bestseller status starts making sense.

Always a popular club and PUMA really outdid themselves with the home design this year. The sleek design and stylish fit is probably what got so many Arsenal fans to buy this season’s shirt. The team hasn’t been in the greatest form recently, so It will be interesting to see if they can turn it around. They can’t blame their fans for not representing at least.

Champions of England and sponsored by Nike for the first time in their history. So many Chelsea fans were happy with what Nike delivered this summer, when they unveiled their first ever attempt at a Chelsea shirt. Interestingly more people seem to be going for the away-shirt than the famous blue.

I don’t think I need to explain why this shirt features on the list. In fact, the biggest surprise is probably that it doesn’t take top spot. Neymar and Mbappé joined Paris Saint Germain this summer and that made the sales of PSG shirts skyrocket. They may very well take top spot if they sign someone big again during the winter transfer window.

I spoke about the “Mo Salah-effect” earlier and it has been very apparent on our sales of Liverpool shirts too. He has been part of a pretty insane Liverpool frontfour that have played some spectacular attacking football at times. I can’t remember a year, where Liverpool haven’t at least been in the Top 3 most sold shirts, so them taking the top spot is not surprising, but still very impressive.

Do you support a club not in the Top 5? Then check out all our football shirts here.