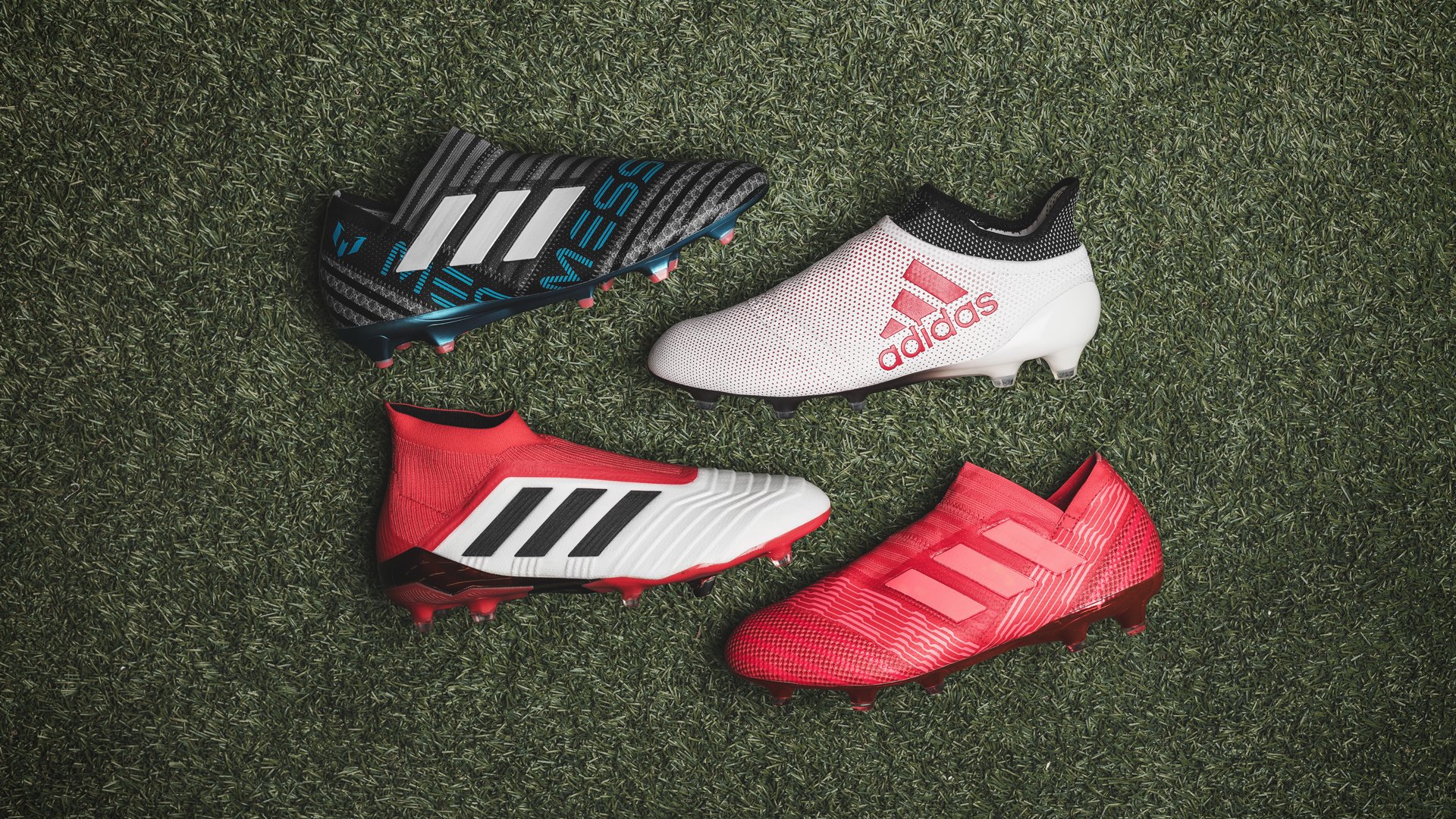 Be silent but deadly. In the cage. On the street. In your opponent’s face. Dominate wherever you want, whenever you want. Carve up those that put even the slightest foot wrong. Be Cold Blooded in the boots from the brand new adidas pack.

Following the release of the adidas Copa Cold Blooded last week, the 3 Stripes have today launched the rest of the Cold Blooded Pack, including the Predator, Nemeziz, Nemeziz Messi and X. All boots in clean colourways that will make you and the pro players stand out on the pitch.

The Predator 18+ Cold Blooded that is to be worn on-pitch by the likes of Dele Alli, Mesut Özil and Paul Pogba comes in a striking white and red colourway. The boot’s techs are identical to both the Skystalker and Lone Hunter Predator – meaning that you’ll get the Purecut Laceless system to deliver maximum surface control and a Forget Knit integrated midfoot structure that creates medial and lateral stability. You’ll also get the Controlframe, the full length BOOST™ midsole, a red Primeknit Sockfit Collar, Controlskin and an Anatomical Upper. So yes guys, the boot is just as awesome as the previous Predator 18+. Only this time you’ll get the sweetest colour update ever seen on the Predator 18+.

Moving on to the two Nemeziz Cold Blooded boots that just as the Predator 18+ also stay true to their predecessors when looking at the technologies, meaning that they are designed to enhance the performance of the game’s most agile players. But take a look at those paint jobs. Well done, adidas, well done. The Nemeziz 17+ 360 Agility Cold Blooded comes in a very bold triple red colourway and I simply cannot wait to see Firmino and Lingard destroy defenders and beat the keepers in these beauties. And come on, how cool is the Nemeziz 17+ 360 Agility Messi’s gonna look combined with the FC Barcelona away kit?

Let’s finish off with the favourite boot of some of adidas’ brightest stars, including Luis Suárez, Mohamed Salah and Gareth Bale, the X 17+ 360 PureSpeed Cold Blooded. The boot is still built for the game’s most lethal and fast players, and the Cold Blooded white colourway with a red graphic design just looks so astonishing clean. I simply cannot choose my favourite among these adidas Cold Blooded cleats. This pack is going to be tough to beat.

Do you already know which adidas Cold Blooded football boots you like the most? Then get your pair right here.