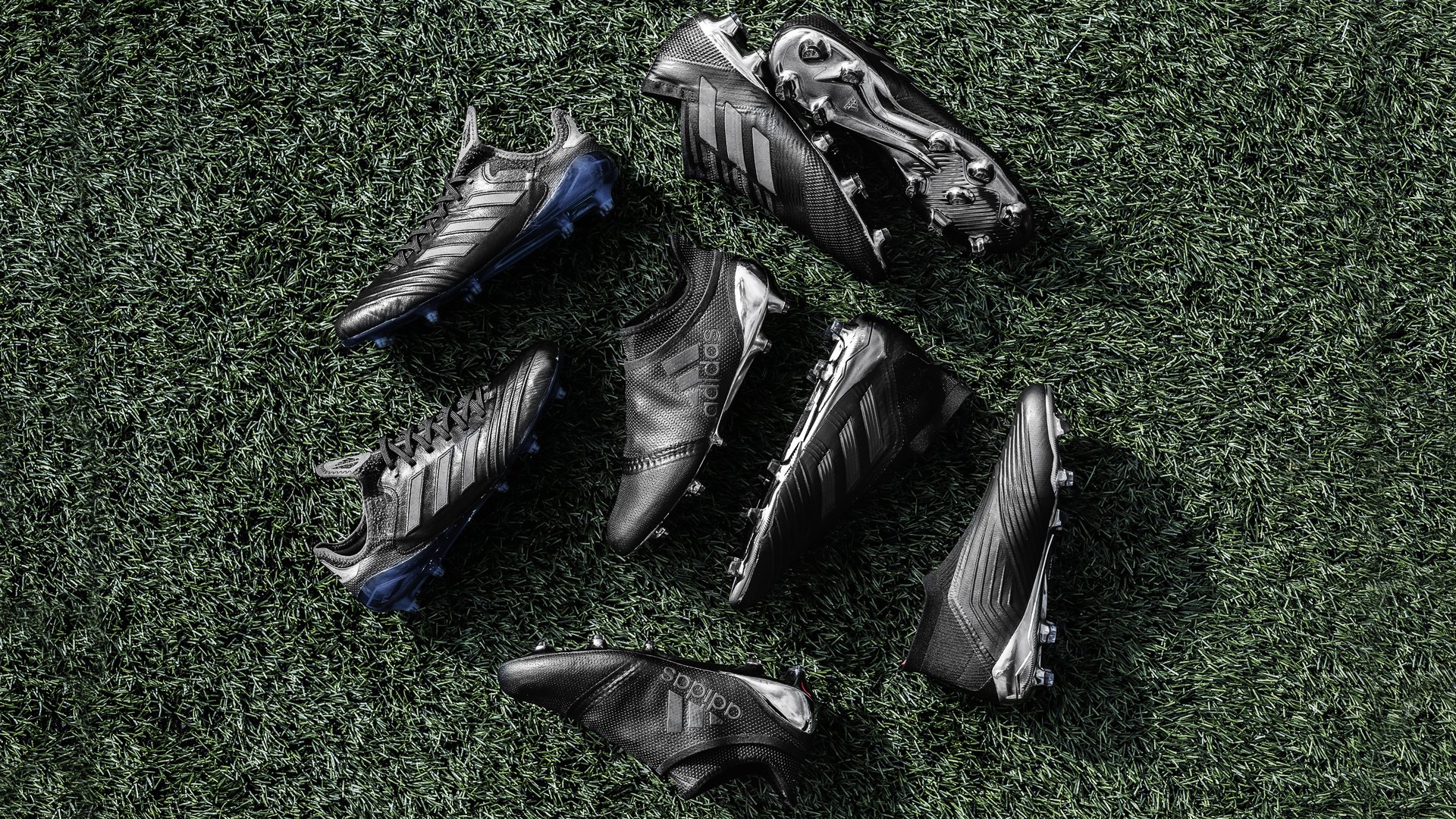 Be stealthy and strike at the right moment. Move through the shadows, just in time to break free and finish with style. Become invisible in your movement, become silent and seize your opportunity to end it all before even being noticed. Be a Nite Crawler in the brand new adidas colourway.

The Nite Crawler Pack is the newest release from from adidas, and is inspired by animal who hunt in the night, giving their prey no chance to react! adidas is now going to make you go from being a Cold Blooded hunter to a Nite Crawler lurking in the dark, waiting for the right moment to strike. The adidas Nite Crawler Pack includes the Predator, Nemeziz, X and COPA, all made in a stealthy blackout with some sweet chrome to top it off. Sound like you? Then take a look at these terrific boots.

The Nite Crawler Pack will not be on-pitch supported, meaning that players can choose if they will use the boots or not. But you might see Dele Alli, Paul Pogba and Koke use the Predator 18+ Nite Crawler boots. Tech-wise all boots are still the same as the previous colourway, such as Lone Hunter and Cold Blooded. The Predator 18+ will still offer same maximum surface control with the Purecut Laceless system, and medial and lateral stability with the Forget Knit integration in the midfoot. But we mustn’t forget the Controlframe, full length BOOST™ midsole, Primeknit Sockfit, Controlskin and Anatamocial Upper, which you the right Predator 18+ feeling but in a stealthy blackout colourway.

Moving over to more agility and speed, the Nemeziz and X Nite Crawler might just be the two best adidas boots launched this year until now! The boots are the same as their predecessors when looking on the technology. But you can’t ignore that Blackout + Chrome + X/Nemeziz = meant to be! They are just whipping the Cold Blooded pack of throne with this launch, and try to imagine Lingard tearing up defenses with the Nemeziz Nite Crawler and Manchester United kit combo… Ouch!

But lastly we can’t ignore the classic wonder, COPA 18.1, which looks like a stunner in the this colourway. The colourway just makes the boot even more classy by combining the boots looks, comfort and stunning colourway. The COPA will be the only boot without a chrome effect soleplate, but this makes the boot standout with its own blueish soleplate.

So are you the player that’s just a sucker for blackout packs? Then see our full assortment of black football boots right here.