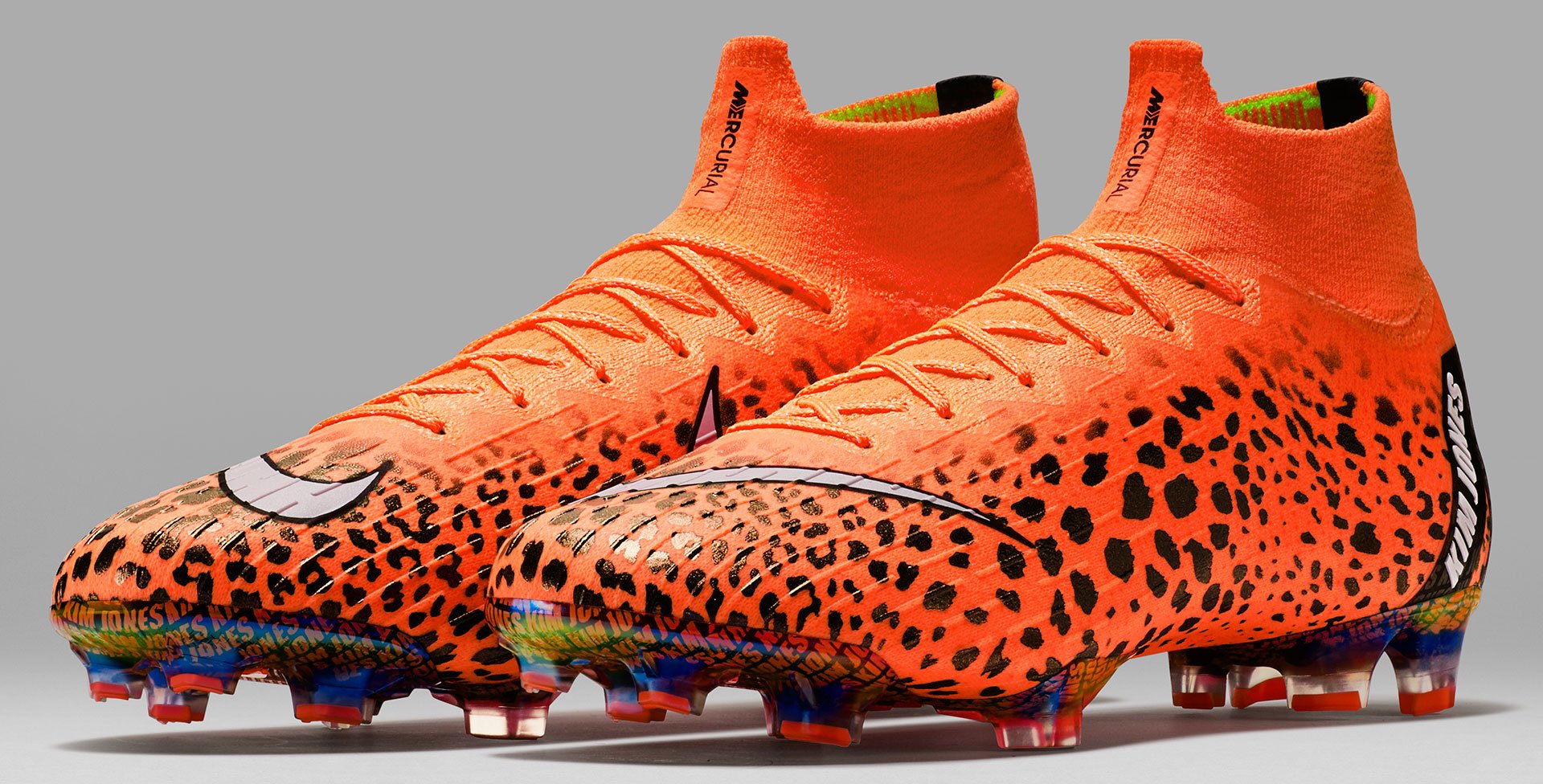 Last month Nike presented the new and updated version of the Mercurial. The new generation is called Mercurial 360, and surely a lot has happened since the launch of the first Superfly in 2009. So far Nike, has launched both and orange and black colourway for the ultra popular flyknit boot, and they are both breathtaking!

Today, Nike has launched a brand new colourway, designed by the British designer Kim Jones. This is an absoloute beauty, and it isn't difficult to see where Jones has his inspiration from in these gorgeous Limited Edition Nike Mercurial Superfly 360.

“I grew up in Africa and have always admired the strength of animals. The cheetah is the fastest land animal, so it makes complete sense as an inspiration for me,” says designer Kim Jones.

Speaking of turning heads, we've already seen Cristiano Ronaldo rock the Mercurial Superfly 360 x Kim Jones during training, and we simply can't wait to watch him debut the boots on-pitch in the Champions League game in Paris on the 6th of March.

“Fabric and material innovation starts with performance. My main goal is making stuff that is super functional and that people want to own and to wear,” Jones says.

The Mercurial Superfly 360 x Kim Jones gives you the Dynamic Fit Collar similar to the modified version Ronaldo has preferred in recent seasons. It also features a soft, one-piece internal lining, making it minimal and streamlined.

Fit is still the foundation of fast. No matter how innovative a pair of football boots may be, if the fit isn’t right, if the foot slides even 1mm inside the boot, speed can be compromised. This is no problem in the Mercurial 360s because of its game-changing 360 construction made possible through a new advancement in Nike Flyknit technology. This new innovation simply hugs the foot and eliminates the gaps between the foot and the soleplate.

Like on the previous Mercurial 360, traction is provided by precisely placed studs in the forefoot and heel. Less like a hoof, more like a claw, Nike's inspiration comes from agile cheetahs and focuses on traction at speed. And the reimagined underfoot of the boot is more than just visually stunning.

If you want a pair of the orange or the black colourway (or maybe both) of the Mercurial 360, you can get the two previous releases right here.