During Germanys training, before last nights game against Sweden, the young super talent Mario Götze, trained with a pair of smartly black-outed boots. He could however not escape the photographers lenses and that is why we can have a closer look, at what the German magician was actually wearing.

Mario Götze has, in the last couple of seasons, risen to stardom in the German Bundesliga. Where he with several excellent performances, has made a lasting impression on the world. He has done this for both the national team and especially with his club, Borussia Dortmund, who he has helped to secure two German Championships. 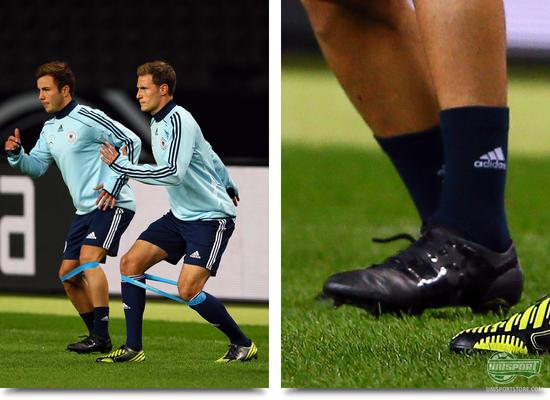 Götze is a product of Dortmunds own talent-academy, and has played with Nike's Mercurial-series for several years. He has quickly established himself, as a more and more important front figure for Nike. With his many good performances, he has made himself impossible to ignore and therefore joins a wave of special talents, among those Neymar, Eriksen and Hazard, as a part of the Nike family. 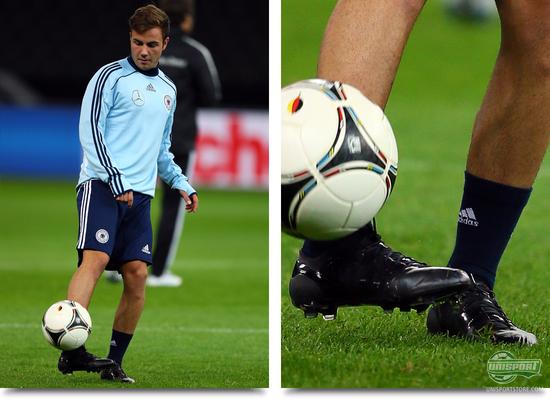 Now it looks like Götze really has made an impression at Nike, when he before the World-cup qualifier against the Swedes, had hopped in a pair of boots that immediately caught our eyes. 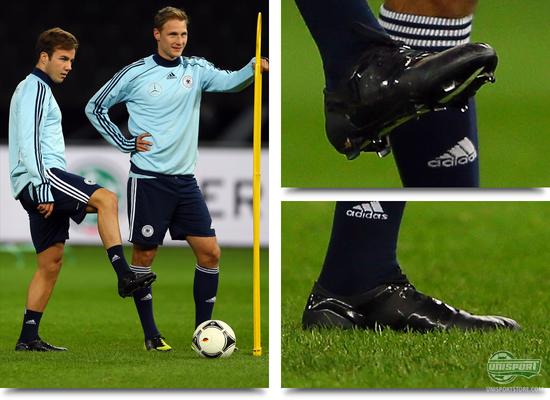 First guesses were that it might be a prototype, of a new Mercurial Vapor, that Mario was testing, - but once we took a closer look, it turned out to be something far more intriguing and interesting. Götzes boot looked suspiciously like a completely black-outed Nike GS, except for the white stripe on the sole. The stripe is not something you find on the original version of the GS, so that might lead us to think there could be a new model on the way? 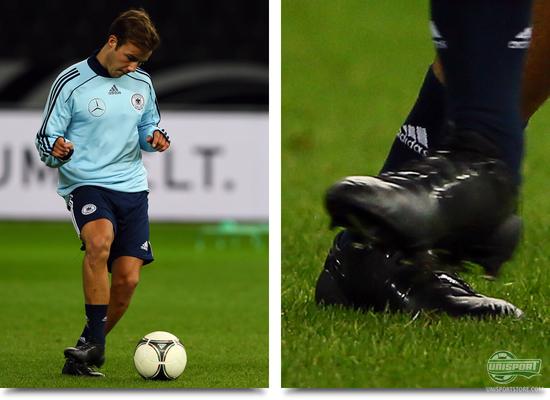 The Germans boot has many of the same features, we saw on the mega limited, green Nike GS from this summer  There was only 2012 Nike GS boots made worldwide. Götzes boot has a smooth sole with semi see-through studs, an external heel-cap, strike panels on the mid-foot, as well as a leathery front foot, - and that resembles the Nike GS more than the current Vapor VIII. ' 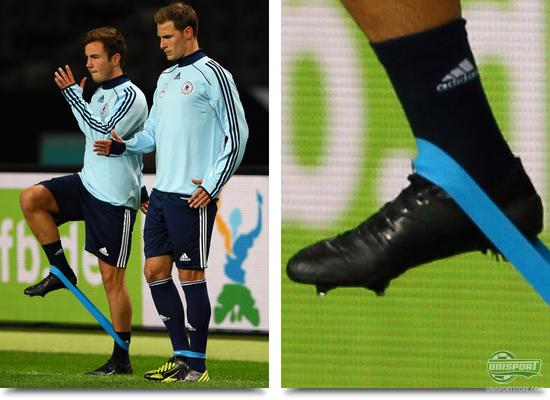 The guesses are many, and Götzes black-outed boots are without a doubt a saga, we will follow intensely. What do you think Mario's wearing? Is it a Nike GS, a Vapor IX, or something completely different? We would love to hear your thoughts in the box bellow.