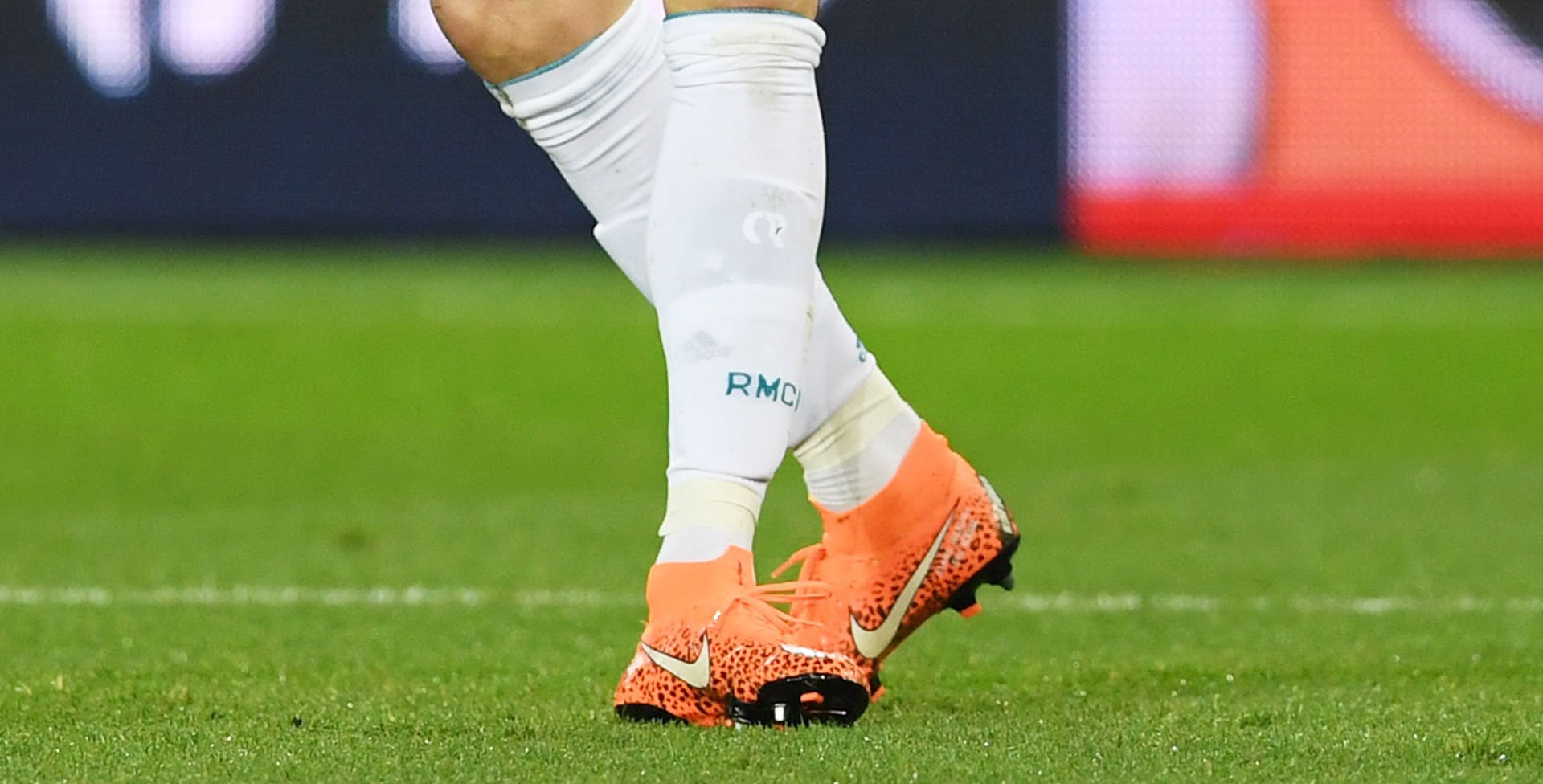 The wait is over - Unisport boot spot is back! This time we take a look at some of the newest boots in action in February, and then we also have a bonus Limited Edition boot spot from the Champions League games in March. Dig in!

We've seen it on different players like Ander Herrera and Lucas Moura, but especially Colombian star James Rodríguez seems to be very fond of the alternative colourway to the adidas Cold Blooded Pack. The "White/Red/Black" colour combination is a more low-key option compared to the white Cold Blooded X, and it definitely still looks awesome on the pitch.

Staying in the adidas Cold Blooded colourway and speaking of the less low-key X, Swansea centre-back Alfie Mawson has created his own laceless version of the adidas X boot by simply removing the laces of the 17.1 model. A great move from Mawson, as the one-piece construction on the X makes you slip right into them.

Marco Reus is finally back action for Dortmund after a long injury. The German is one of the leading players for the new PUMA Future 18.1 NetFit silo; a boot designed to allow the players to lace the boot however they like to get the perfect fit. But what does Marco Reus do? Just like Mawson, he takes out the laces completely. Don't know what PUMA has to say about that...

Another player that probably got the people at his brand to raise their eyebrows is Neymar. In the first leg of the Real Madrid - PSG clash, the Brazilian superstar slipped in his debut game in the brand new Nike Mercurial Vapor 360. It didn't take long before Neymar changed his boots, and he played the rest of the game in his signature 'Puro Fenomeno' Vapors. Obviously NJR didn't seem satisfied with the new Mercurial generation, but then again, it's not the first time we witness him changing boots in game.

adidas X, Nike Mercurial Superfly and Nike Hypervenom is just some of the boots Lukaku has worn in recent time without being tied to any brand contract. Now it looks like Romelu Lukaku finally has a contract with Nike? So far the Belgian striker has shown great form in his new first choice: the Nike Mercurial Vapor 360, and thinking about the last couple of games, he might be smart to keep on playing in these.

Let's stay in Mercurial territory. In the second leg of the PSG - Real Madrid Champions League clash, CR7 played in the brand new Nike Mercurial Superfly 360 x Kim Jones Limited Edition boots. The boots is designed by Kim Jones and is, as you might already have guessed, inspired by the cheetah. Speaking of inspired, Cristiano Ronaldo shined in the second half, bagging the opening goal that sent Real Madrid through in the end.

Finishing off in the Ronaldo area, Jamie Vardy just continues to wear the CR7 signature Chapter 5 Mercurial in the Premier League, where he has been wearing the Anti-Clog version of the boot for the past few games. Either Vardy prefers white boots, and then the CR7 Chapter 5 is the only predominantly white option Nike currently have on the market, OR the Leicester striker is just a big fan of Cristiano Ronaldo. Though you wouldn't blame him for being a fan of the Portuguese superstar, Vardy doesn't strike us as the person who's a big fan of anyone.