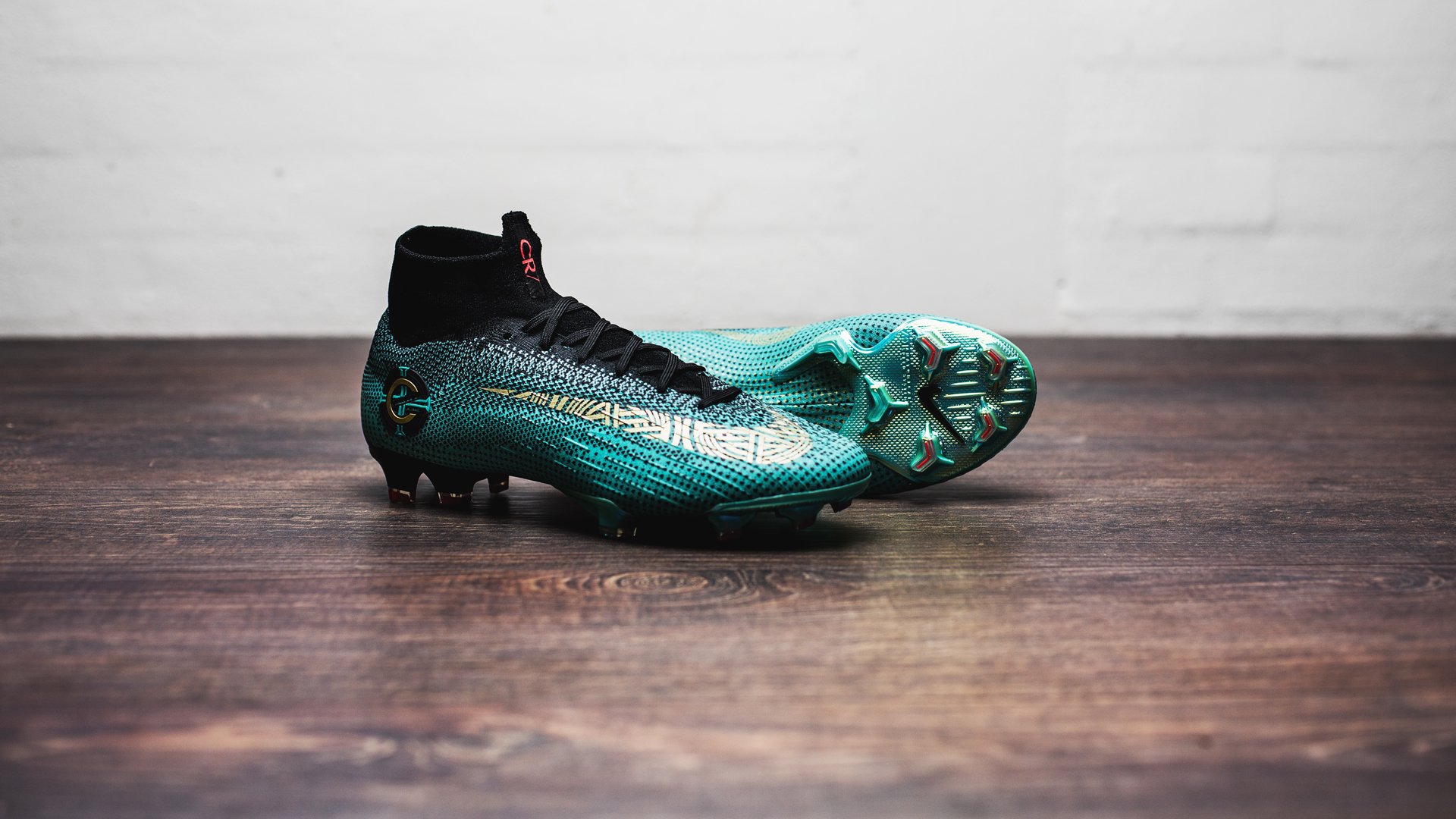 Throughout the recent years Nike has told the story about the life of CR7 and the heritage he has established. Now they are ready for the second last chapter of the story. We’re moving in to his recent life and his achievements with the portuguese national team, and of course with focus on the victory at the 2016 European Championship in France.

Many things can be said about Ronaldo, but one thing you can’t take away from him, is his will to live and breathe football. He has almost won everything as a football player, both with his different clubs and Portugal. He is now aiming for the missing trophy in his collection which is the World Cup. Is there a better way of doing this than wearing the recent chapter 6 boot.

This chapter praises Ronaldo’s time as the captain of the Portuguese national team. First time he wore the armband was when he was 22 years old, and he became the standing captain of the national team the following year. He has since then set the record for most captiencies for Portugal, and is extending this record every time he plays for Portugal. But even when Ronaldo isn’t able to play for Portugal, he still impacts the team, and this was something you really saw during the Final of the 2016 European Championship.

Is there a better way of praising the captain of Portugal, than making a pair Nike Mercurial Superfly 6 CR7 Chapter 6: Born Leader that are packed with details? We don’t even know where and how to start, but let’s take a look at the colours. The base colour might look familiar and you might remember it from the Portugal away kit, which they used during the 2016 European Championship. You could say that Nike is celebrating the victory in the final by using the same colours as the away kit. But Nike has also used the colour in the newest Portugal away kit that will be used during the 2018 World Cup in Russia.

The colour also relates to more than the final that they won, it also relates to the naval history of Portugal. Portugal has always been a country who was driven på sea exploration, and the colour also resembles the oceans that the former explorers crossed to find new lands and cultures. Nike has also added some few designs elements to keep the connection between sea exploration, captains and Portugal. Nike has incorporated a captain’s “C” in the armillary sphere, which also is used in the Portugal team crest. Furthermore, Nike has also made a gesture to the sea exploration, by giving the swoosh a explorative design, and you can really sense that sea exploration is the core inspiration of the boot.

On the back of the heel you can spot three colours, that also will go through the Portugal national team kits. The colours tributes both the home and away kit, while the text and crest is made in gold. This is the same colour which also will be used on the font of the printing of the home kit.

To incorporate the away kit into boot, besides using the old away kit colour, Nike has also placed gold cross patterns on the underfoot of the boots. These patterns are the same as the ones featured on the 2018 Portugal away kit but in a different colour.

The boot is in general an astonishing way to celebrate the history that Ronaldo has made with Portugal. You can also almost feel the passion that Ronaldo has for his country and playing national games.

With these words being said, you can almost say the Ronaldo is ready for the 2018 World Cup in Russia, and for another trophy to his collection. And we can’t wait to see him wearing his new boots in the brand new Portugal away kit this summer!

Want to celebrate the second last chapter of the CR7 story. Then find you new pair of the Nike Mercurial Superfly 6 CR7 Chapter 6: Born Leader right here at unisportstore.com