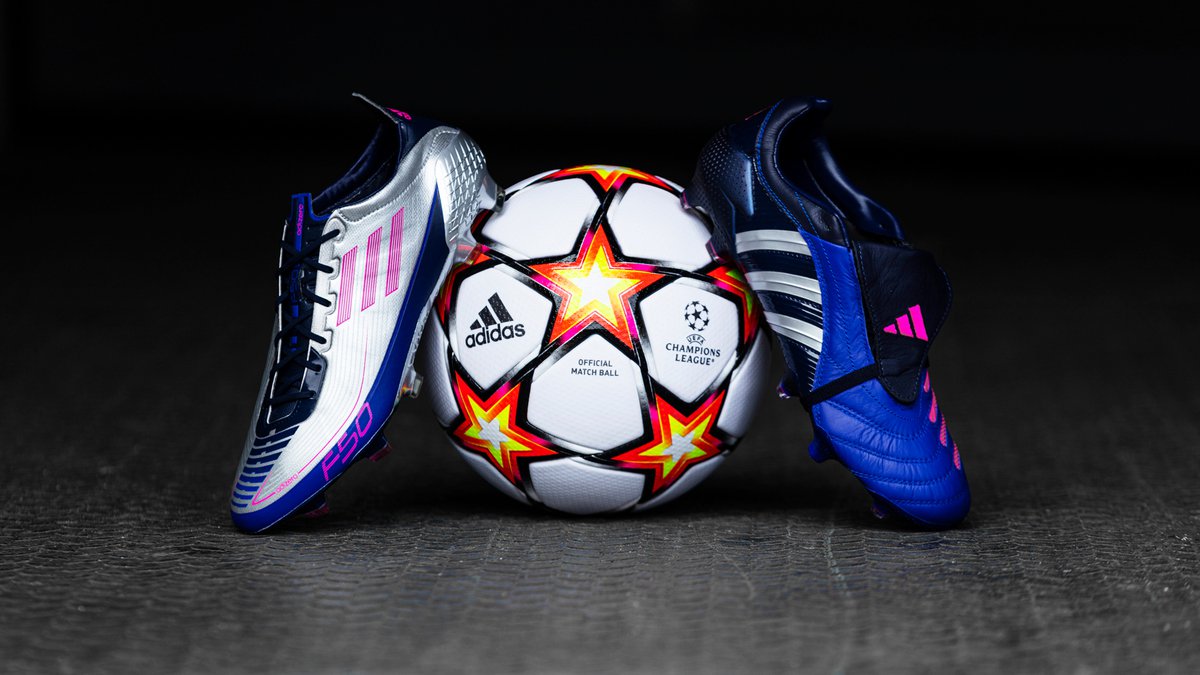 Nostalgia mixed with modern technology. It’s the recipe for the latest launch from adidas. And we’re pretty excited. And you should be too.

Champions League is on and let’s just admit that we’ve all been looking forward to it. There’s just something about watching the biggest stars performing at their best while battling each other on the pitches around iconic stadiums around Europe.

adidas have already launched the official matchball for the tournament. And now it’s time for the boots. We can already tell you - it’s going to be epic to watch these in action to say the least. Because it’s not just ordinary boots. We’re getting spoiled with two amazing remakes. It’s a comeback for the Predator Pulse and the iconic F50 adizero Prime. Let’s take a look at them first and talk about them after!

Let’s start with Predator Pulse. Often a forgotten Predator model. But they were quite hyped when they released back in 2003 prior to Euro 2004. It’s the first time adidas have made a remake of this model. The upper is 1:1 with the original. It has a leather forefoot with the classic Predator rubber elements - six of these to be exact. The original Predator Pulse was equipped with the PowerPulse element in the soleplate, which was a small weight in the forefoot to give you more power while striking the ball. But this is not featured on this model. The soleplate is the same as the Predator Freak has today. So it’s a great mix of nostalgia and modern technology in these boots.

The colour scheme is in the classic Champions League colours - dark blue, white and black.

These are a mix of the F50 adizero from 2011 and the latest generations of adidas speed silo called ‘X’. And we have to be honest - these boots are the star of the show in this release. A pair of boots that every aficionado loves and would love to see come back. And now it’s happening. The upper is like the original adiLITE Twin upper from the F50 adizero. A thin and light material made for great touch. F50 adizero was actually the lightest boot at the time when it was released - 145 grams. Like the Predator Pulse, the soleplate is the modern touch to the boots. The soleplate is actually taken from the newer generations of X, such as the X Ghosted and X Speedflow, which have the same soleplate.

The modern soleplate actually makes the boots a bit lighter than the original F50 Adizero. So they are definitely made for speed. On top of that, they look incredible and are also kept in UCL mode with its cool silver look!

It’s going to be exciting to watch some of the biggest stars wearing these on pitch in Champions League. And speaking of this, the Predator Pulse will be worn by Pogba, Koke and Alaba while the F50 will be worn by Benzema, Di Maria and Thomas Müller.

Who’s hyped?! We are definitely! You can check out and cop the adidas Champions League boots today!

You can find them at Unisport by clicking here!