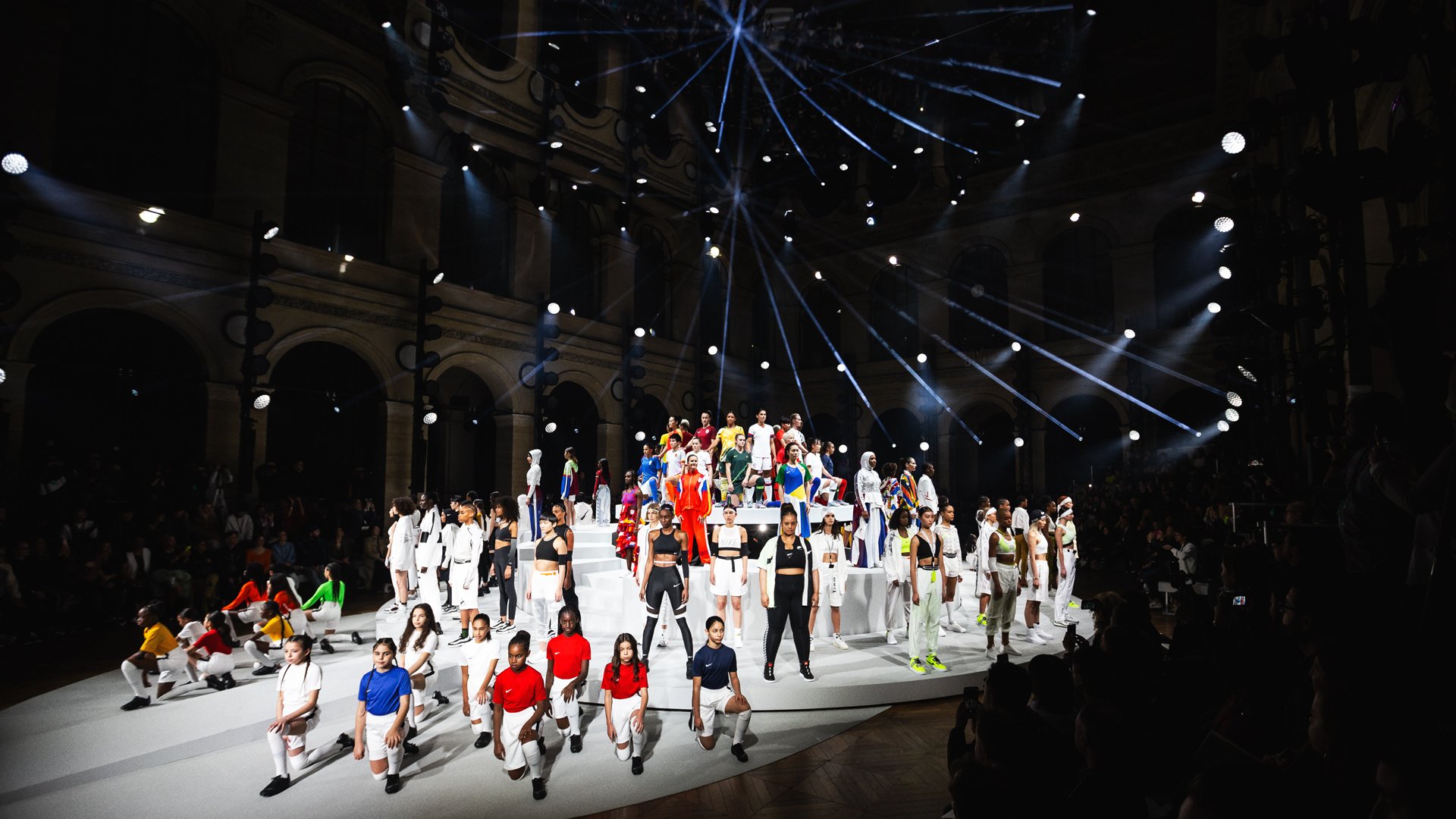 Paris, World Cup, sports fashion and Virgil Abloh. Take all of that and mix it together and you get a crazy kick-off party for Nike's launch of the Women’s National Team Kits for the Women’s World Cup this summer in France, which Unisport of course covered.

Nike gathered more than 40 of the World’s top female athletes in Paris, where they unveiled their 14 National Team kits for this summer’s World Cup in France. The Nike 2019 World Cup shirts are all about giving the athletes the best possible conditions to battle for the World Cup gold through new innovative technologies and a new mindset.

Nike’s ambition is to energise and empower women’s football and to take it to a whole new level, where the best possible place to this is during the World Cup this summer. Nike is going to invest more time in the next generation at the grassroots level and deliver more innovative and compelling products.

Speaking of products, the Nike event also included different tours where Nike products and design experts took us through the new upcoming products and innovation. We started out with the Nike sports bra, where the new innovation is going to be Flyknit Sports bras, which is going to give the best possible support to the female athletes, while also being a lifestyle item for everyday use. Furthermore, Nike also made a new high-performance bra collection, which features astonishing 57 styles, and this offers even more shapes, sizes and sports specific styles – while the mindset will be fit, support, feel and style.

After the introduction of Nike’s new sports bra collection, we moved over to a sportswear, lifestyle and sneaker introduction, which included a run through their latest and hyped sneakers – including a new Nike Air VaporMax Flyknit 2 LXX Swarovski, which was a sneaker that people inquired to use during a specific award show this year. So, you can almost feel that Nike sneakers are setting new standards for innovations, styles and sneakers in general.

Moving on to the highlight of the event – meeting the Nike athletes, which included Fran Kirby, Frida Maanum, Shanice van de Sanden and many other. We had the opportunities to ask the athletes questions about the new Nike Victory Pack, which also got showcased during the event and is the pack that will be used during the World Cup. We also asked the athletes about the expectations to the World Cup and why they rock the Nike boots, which gave a lot of interesting answers.

Frida Maanum had some interesting replies on the design of the Norway Away Shirt, as she just loved the design which faded in-between the well-known Norway colour – red, blue and white, while the rest of the design took inspiration from the Norwegian country. Frida also liked the new Victory Pack boot, as they came with a cool colourway and awesome details with the ‘Goddess of Victory’ text on the tags. Lastly she was also excited about the World Cup, and looked forward to represent Norway and just having a lot of fun and fighting to win the gold.

To end the event we also had the opportunity to see all the Nike World Cup shirt on close hand, while the senior apparel product manager for global football, Cassie Looker, took us through all the shirts and the design and inspiration behind them. There was some great storytelling behind each shirt and you can really see that Nike has taken it a notch up to win the 2019 World Cup in France.

In general we only have high fives to Nike as this awesome event blew the roof off Palais Brongniart, which was the main stage for the Nike World Cup shirt event. We can’t wait to see the Nike Victory Pack, new Nike World Cup Shirts or in general the World Cup to kickoff in June, as this is going to be the highlight of the summer.