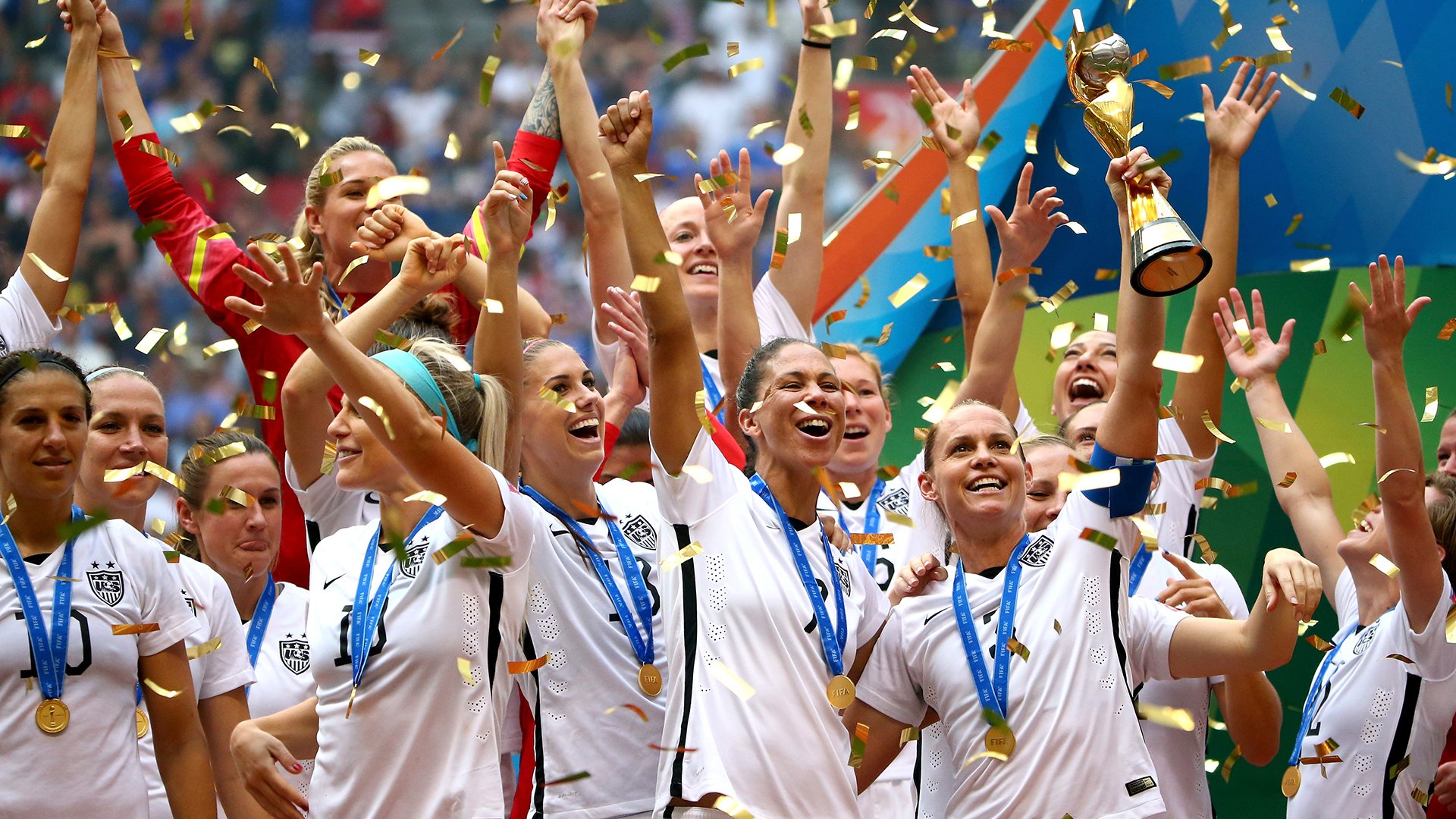 We’ve reached another World Cup year, as the Women’s World Cup is on the verge to start. This is something that kicks off every fourth year. Some of you might know everything about the World Cup, while some might experience it for the first time. No matter what, then we got you covered with this ultimate World Cup guide!

Let’s start with some basic to get you on track. The Women’s World Cup will have 24 qualified nations, that all competes for the World Cup trophy. This year the host nation will be France and they’ll play the first game of the World Cup against South Korea on the 7th of June at 21:00 o’clock, so be sure to tune in to watch the game. We’re going to see 36 matches in the groups that are divided across 9 cities in France on 9 iconic stadiums. Each group has 4 nations and the top 2 from each group proceeds to the knockout stages, while the 4 best third places also goes through. From there it’s all win or go home, until we’ve found a new World Cup Champion on the 7th of July.

Even though we got a strong lineup for this summer’s World Cup, with favourites such as USA, Germany, England, France, a lot of other great nations didn’t qualify. Mentionable nations are Denmark, Switzerland and Belgium. But other teams made history with their qualification. For instance, this will be Jamaica’s World Cup debut this summer, so a lot of great things are going to happen this summer.

With a lot of different nations participating in the World Cup, a lot of great goal scorers has had the opportunity to be part as well. All World Cup top scorers are known as some of the most lethal attacking players with one of them being Marta, as she currently holds the first place. She’s scored 15 goals in 17 matches, which is impressive stats as it’s a goal average of 0.88 per match. 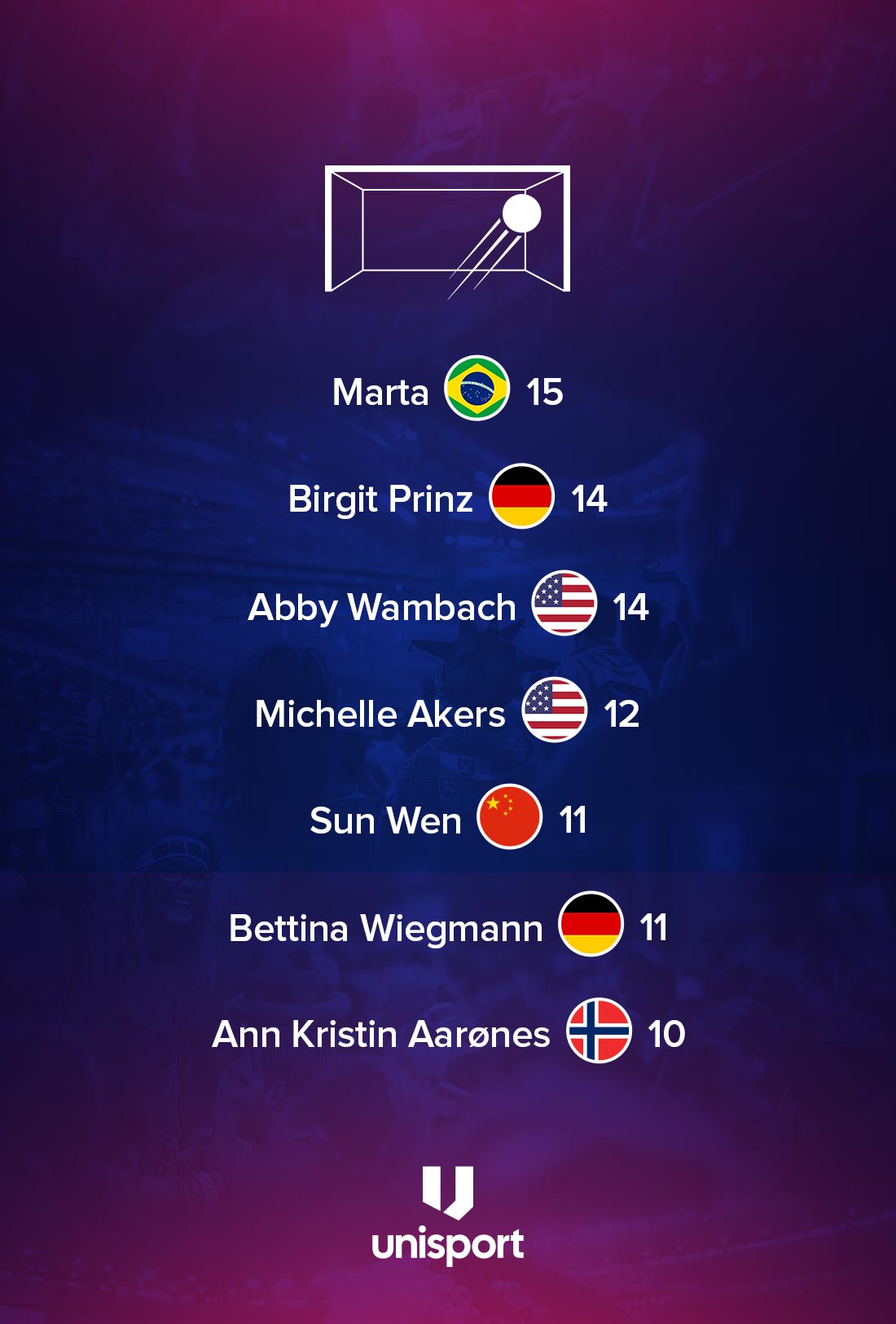 Further down the list we find players such as Birgit Prinz, Abby Wambach, Michelle Akers and Sun Wen, but we could expect to see Alex Morgan, Lieke Martens or a new player joining the top scorer list in the future.

There’s also a lot of mentionable World Cup profiles, that’s not necessarily the ones who scores the goals. The playmakers, the no-nonsense players, the ones who’s always on people’s lips when they must mention a player of the tournament. One of the profiles that you must keep an eye out for is Norway’s Caroline Graham Hansen. Unfortunately, she missed out on the last World Cup due to injuries, but her flair and technique are surely going to give the opponent’s defense some troubles. Norway could go and upset some of the big nation and maybe be a slightly underdog, so we could expect to see some interesting stuff from Caroline and the rest of the Norway squad.

A new Brazilian star is in the making, as Andressa Alves joins in at the World Cup. She’s known for her technique and skills and was in the Champions League final with Barcelona, where they just ended shirt. Maybe she could become the next big name, as she joins Marta and the rest of the Brazilian squad in France this summer. Another name you should keep an eye out for in Shanice van de Sanden. The Netherlands and van de Sanden are currently the Euro 2017 winners and especially van de Sanden is going to be a profile during this summer’s tournament. Her dangerous speed, skill and finesse is going to be a problem for all defenses through the World Cup.

The winners of the World Cup can look forward to lift and take home the World Cup Trophy. The trophy is just stunning as it’s not like any typical trophy and really stands out. The trophy was redesigned back in 1998 for the 1999 World Cup by William Sawaya. The new design captures the athleticism, dynamism and elegance of women’s football. It takes the form of spiral band, enclosing a football at the top, while the name of the World Cup winners is engraved in the bottom

Who will win the women’s World Cup

Now on to one of the most talked topics: ‘Who’s going to win the World Cup?’. A lot of you might point that it’s going the be the host nation from France or England, that’s going to take home the trophy. But if we look besides them, then you can also give Germany a good chance of winning as their teams have high quality players. If we should give you a team to look at, then we would bet on Netherlands, as they seem to be a big underdog, but with a solid team with profiles such as: Lieke Martens, Shanice van de Sanden, Vivianne Miedema and many other. But as we mentioned previously, you can’t say World Cup without USA and they could also go all the way as they have a great blend of routine, great skill and a story of wining trophys with players such as: Alex Morgan, Megan Rapinoe and Carli Lloyd.

When does the World Cup start?

The first match of the World Cup is going to be against the host nation France and South Korea and the game will be 7th of June at 21:00 o’clock on Parc des Princes in Paris. So remember to tune in on your local station.

This was our ultimate guide for the women’s World Cup, which surely is going to make you ready for the big event this summer. Stay tuned at Unisport the next couple of weeks, as we’re going to treat you with even more World Cup content!


Get the full overview of the World Cup group matches and profiles here!