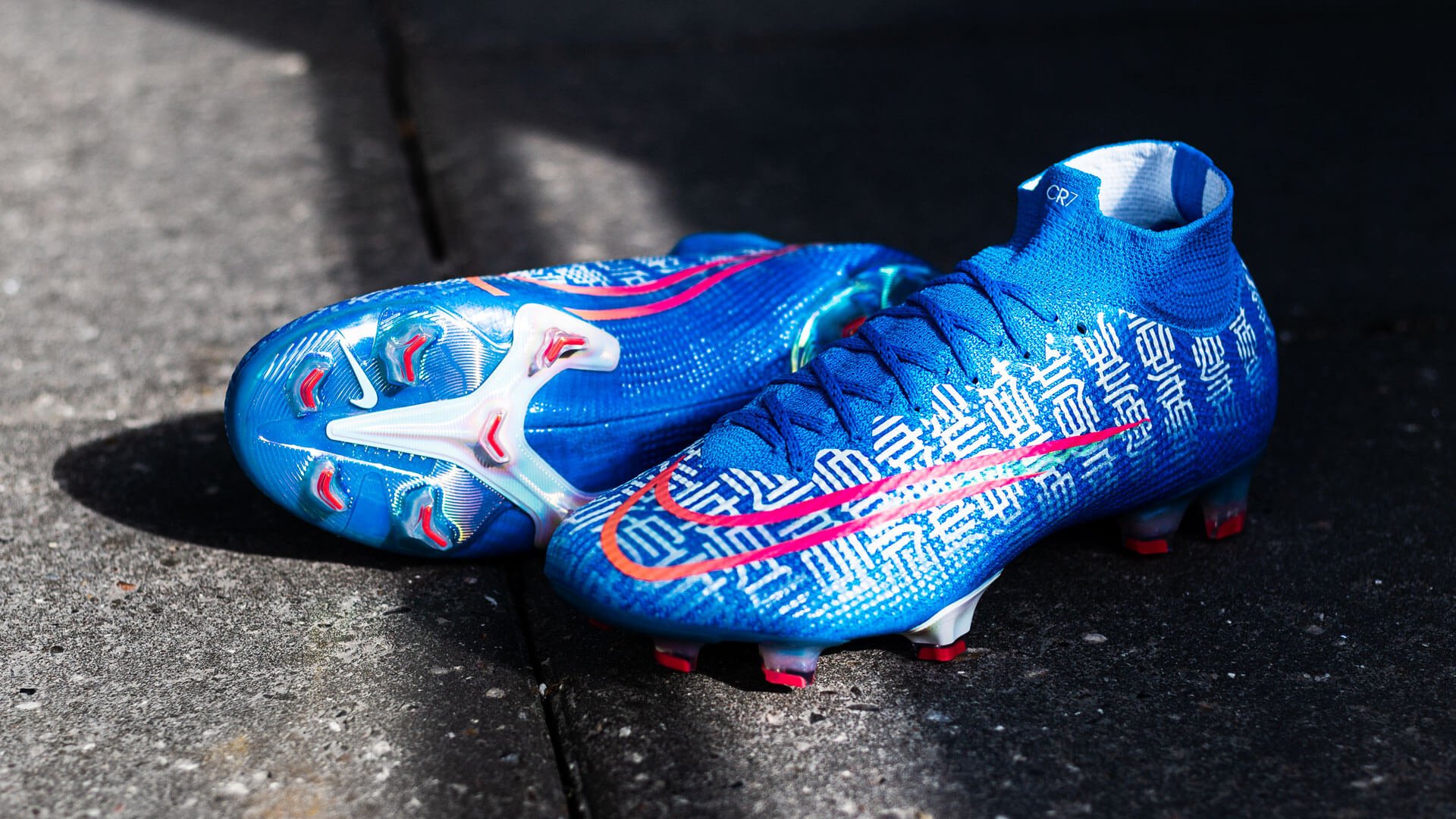 ‘Shuai’ can have a lot of different meanings in Chinese. And a lot of those can easily be used to describe Cristiano Ronaldo. ‘Shuai’ can mean both ‘handsome’, ‘smart’ and ‘commander’. And let’s be honest - CR7 is all of that.

The new boots are somewhat a lot different from earlier signature boots for Cristiano. Usually they’re available in the same amount as the regular Superfly Elite boots. But this times it’s a very limited edition. Let’s take a look at the boots together!

The first thing that may catch your eye when looking at these boots are probably the Chinese scripts pattern in an all over print. The white text is “Tong Shuai” and can be translated to ‘Stylish commander’ - another perfect description of Cristiano Ronaldo on the pitch.

The white text goes perfectly hand in hand with the sky blue colour, which really reminds us of the Nike Mercurial New Lights Pack but it’s just a bit darker.

Besides this, the boots have a different Swoosh compared to the other Mercurial. Instead of going underneath the boot it keeps going all the way to the toe box - which is something that we’ve seen on earlier models of the Mercurials. But like the new Mercurials, the Swoosh is not solid - it’s just the outline that is marked. And this with a bold, orange colour.

The back of the heel has a small orange crest which honors Ronaldo's Portuguese heritage. Portugal has a history of sailing and conquering the world - just like CR7 conquers the world of football

The boots are a bit unusual from the typical signature boots. There’s not a big CR7 logo on the boots. It’s placed on the back part of the insole instead. And as a standard from Nike at the moment, the soleplate is just on point!

Cristiano has had a lot of trips to China in the recent years. And in 2018 he also got a special boot with a Chinese theme. So he has built a special bond to the country. And now he’s traveling around China and Asia this summer with Juventus to play in the big International Champions Cup - where he will be wearing his new boots of course.

Techwise the ‘Shuai’ boots are the same at the new Nike Mercurial Superfly 7 Elite. You can read more about the technologies in our blog about the new Mercurial Pack

The new boots are available at Unisport in a very limited amount. You need to be quick and get your pair right here.