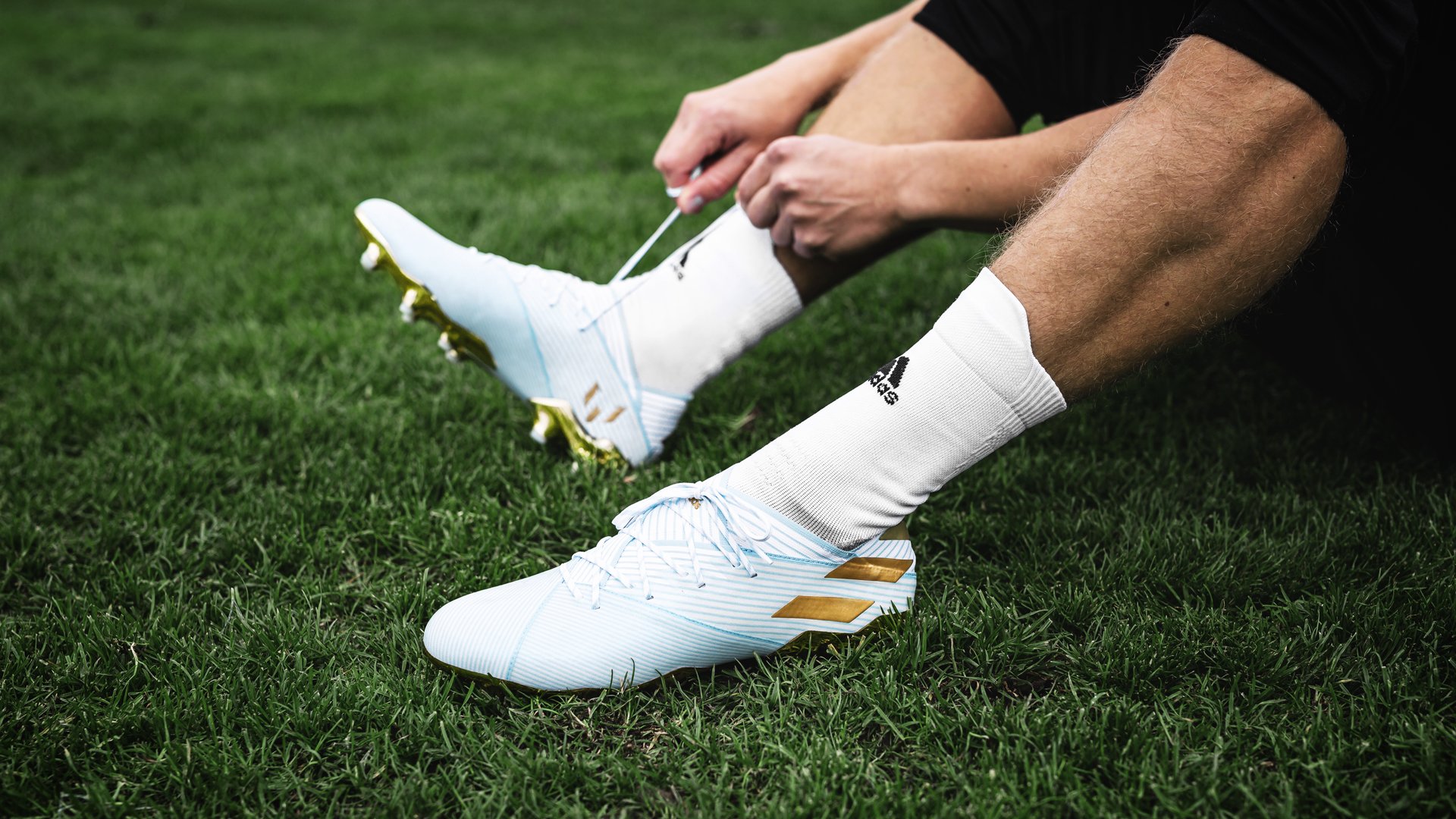 It’s time for a new pair of boots for one the greatest players of all time. Lionel Messi will once again get a signature boot from adidas - the Nemeziz 19.1 in an amazing colourway to honour the magician. And it’s really something else!

When adidas released the Nemeziz 19+ in May 2019, they also gave us the 19.1 for Messi. This was his first signature colourway with the new Nemeziz silo. It was made in a fresh looking mix of white, blue and red to stand out from the rest of the adidas boots.

Now we have to get ready for the next chapter in the history of Messi boots. And this time adidas have really paid attention to the details. I think we should take a look at the boots now!

The new boots - the Crystal Pack - pays homage to Lionel Messi and his debut for FC Barcelona. The upper of the boots are made in the colours of the Argentinian flag, which is a clear reference to the homeland of Messi. The baby blue and white colours are also a part of the laces, which is a nice little detail. Besides that, the upper also has some gold details all around. Both the adidas logo, the stripes and the Messi branding is made in a golden colour.

And talking about the Messi branding. This is only shown on the medial side of the right boot. The left boot has a golden crown. We like this detail, because in a way it shows that Messi is the king of football - something which is true in a lot people’s eyes.

The gold is also used on the outsole to really make the whole boot sparkle when it’s going to be used in action. It also has “15 años” printed on. This refers to the number of years it’s been since Messi’s debut for Barcelona on the 16th of October 2004, where he stepped on the pitch against Espanyol aged 17 years old.

The insoles have the numbers 10 and 30 printed on. These numbers refer to the number 30 that he wore on his debut and the number 10 which is so iconic and a synonym with his name on the back of the Barca shirt.

The boots will have the same technology as the other 19.1 boots. You can read all about them here.

The Crystal Pack will come in a very limited amount - only 1.000 pairs world worldwide. And you can get it first and exclusively at Unisport from today. But you have to be quick and get your own pair before it’s too late.

You can find the boots before anyone else right here

It’s going to be exciting to watch Messi wearing these - both with the Barcelona kit but especially in a combination with the full Argentina kit in the blue and white colours.